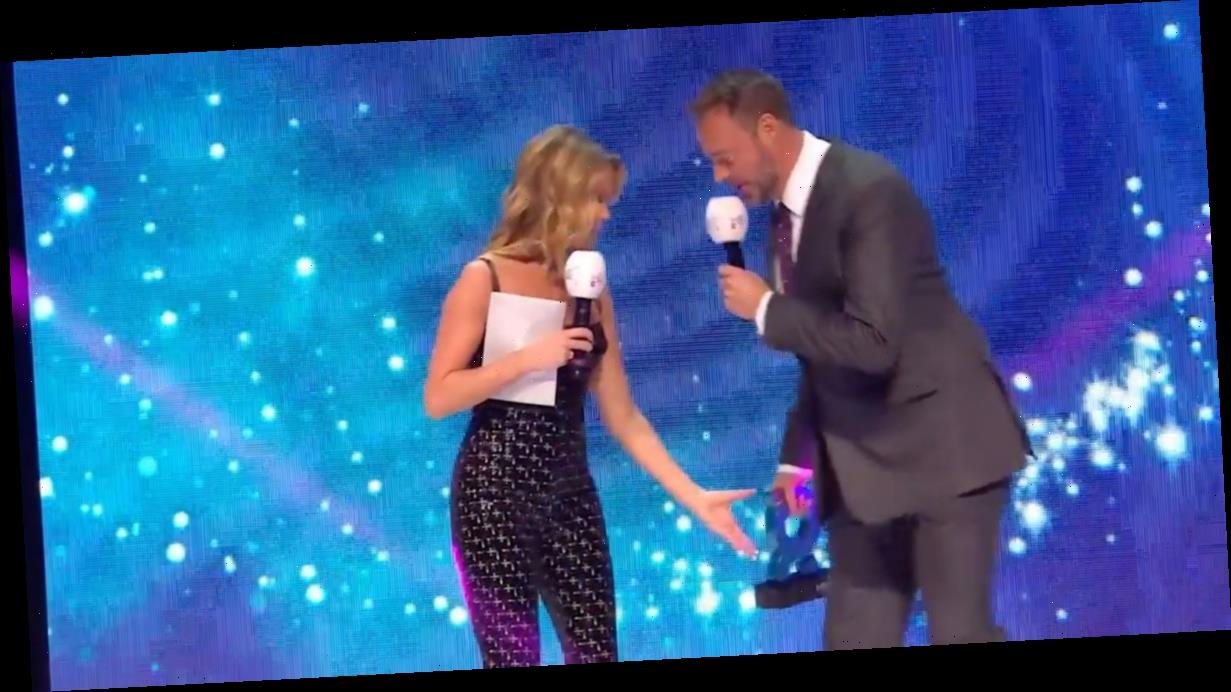 The Britain's Got Talent beauty, 49, jokingly messed about with her co-star, also 49, on stage in front of a packed audience.

The cheeky duo kicked off last night's proceedings with a bit of back-and-forth banter on stage.

Amanda told crowds: "There is a new way in France of how we're supposed to greet people.

Amanda tapped elbows with Jamie before then quickly sticking her foot out to his, before aiming to grab his crotch.

Jamie backed off just in time, and shouted out in protest at Amanda's racy move.

But he seemed to take the cheeky attempted grab in good humour, as the pair swiftly moved onto presenting the Best British Act.

At last night's awards, Daily Star Online reported that Amanda Holden had given herself a 9.30pm curfew to not drink past.

An onlooker revealed: "Amanda was in the partying mood and couldn't wait to enjoy the evening.

"She planned on keeping things tame and had set herself a curfew not to drink past 9.30pm.

"Despite sticking to her self-imposed curfew it's safe to say she was having a good time.

"She appeared to be sat on the top table with Global's boss which was stacked high with complementary drinks including Bollinger champagne."