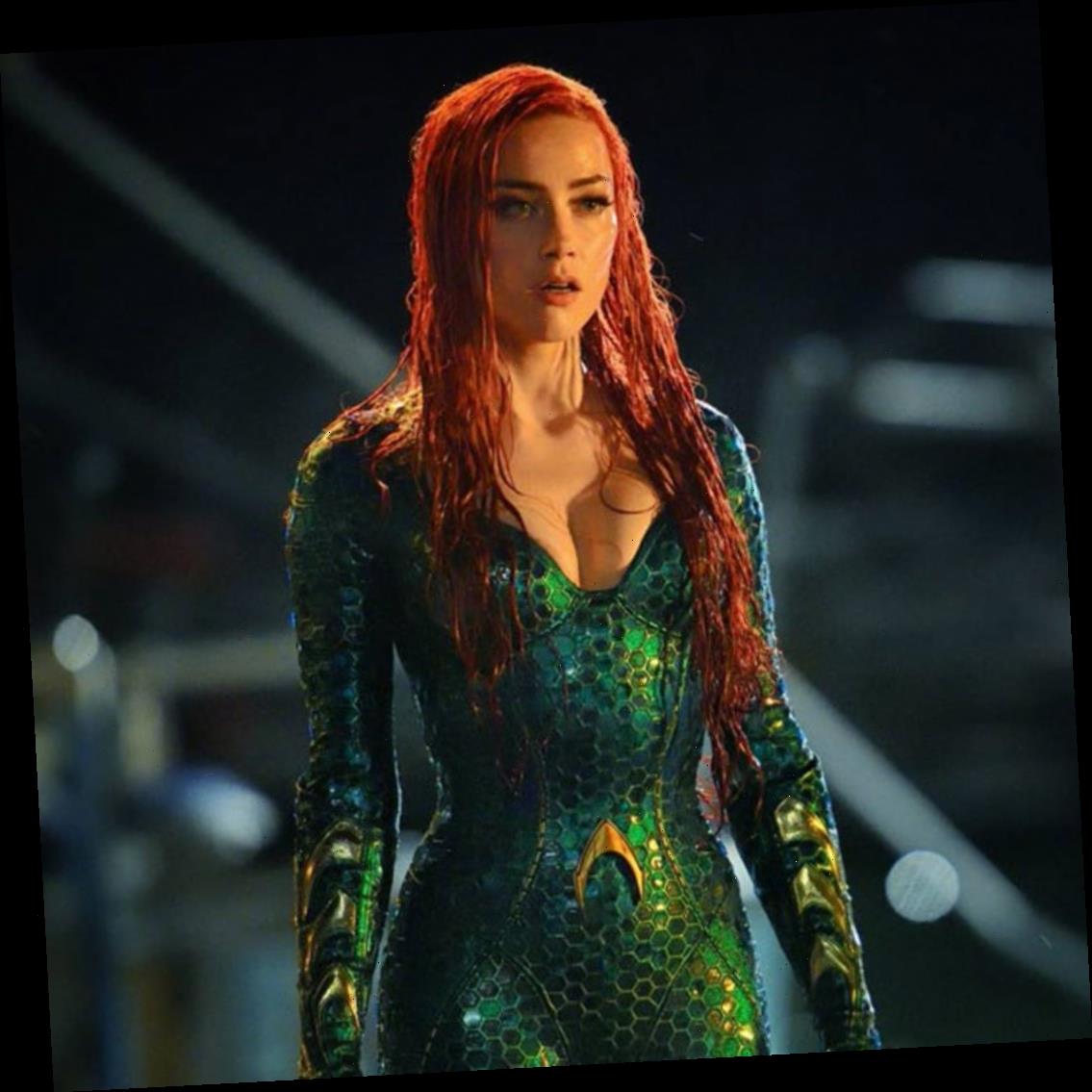 Amber Heard has thrown water on the rumors that she won't reprise her role of Mera in Aquaman 2, a week after her ex-husband Johnny Depp was forced to exit his own film amid their legal battle.

Amber Heard has thrown water on the rumors that she won't reprise her role of Mera in Aquaman 2.

Over the past year, speculation that the 34-year-old actress might not star in the sequel to the 2018 film has grown. In fact, a petition from fans of ex-husband Johnny Depp, calling on her to be removed from the movie has garnered more than 1.2 million signatures, with the organizers branding Heard a "domestic abuser." (She and Depp have accused each other of violence in legal proceedings, which are still pending.)

However, Heard squashed her haters' hopes during an interview with Entertainment Weekly. "I'm super excited about the amount of fan love and the amount of fan appreciation that Aquaman has acquired and that it has garnered so much excitement for Aquaman and Mera that it means we'll be coming back," Heard told EW on Thursday, Nov. 12. "I'm so excited to film that."

In February 2019, Warner Bros. announced that Aquaman 2 would be released on Dec. 16, 2022. Jason Momoa is expected to reprise his role as the DC superhero. Production has not begun yet.

Heard made her comments a week after Warner Bros. forced Depp to quit Fantastic Beasts 3, which sees the return of his character Grindelwald. Days before he announced his exit, a British High Court judge dismissed libel claims he had made against The Sun and ruled that the newspaper's allegations, which labeled Depp a "wife beater," were "substantially true."

The actor has repeatedly denied all accusations that he attacked or abused Heard. He has vowed to appeal the case.

Meet the Cast of The Challenge Season 36

Depp is also involved in a separate legal battle with Heard. In 2019, he filed a $50 million defamation lawsuit in Virginia against the actress after she wrote a Washington Post op-ed depicting herself as a domestic abuse victim, without naming the actor. The case is pending.

"Friends and advisers told me I would never again work as an actress — that I would be blacklisted," Heard wrote in her op-ed. "A movie I was attached to recast my role. I had just shot a two-year campaign as the face of a global fashion brand, and the company dropped me. Questions arose as to whether I would be able to keep my role of Mera in the movies Justice League and Aquaman."

Heard continued, "I write this as a woman who had to change my phone number weekly because I was getting death threats. For months, I rarely left my apartment, and when I did, I was pursued by camera drones and photographers on foot, on motorcycles and in cars. Tabloid outlets that posted pictures of me spun them in a negative light. I felt as though I was on trial in the court of public opinion — and my life and livelihood depended on myriad judgments far beyond my control."