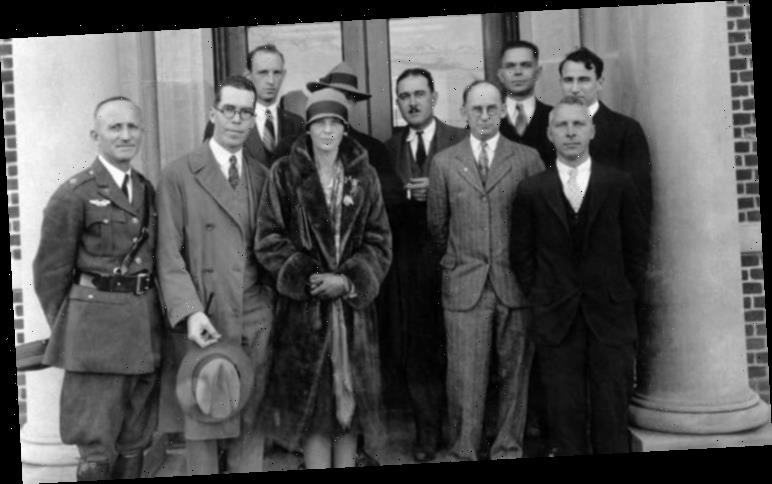 Amelia Earhart made history when she became the first woman to fly solo across the Atlantic in 1928. In November of the same year, Ms Earhart was invited along to the National Advisory Committee for Aeronautics (NACA), which was established in 1915 and was the predecessor to NASA – National Aeronautics and Space Administration – to celebrate her achievement.

NASA is celebrating the launch of NACA, which was established on March 3, and International Women’s Day, on March 8, by commemoration arguably the most famous female aviator.

In the image, NASA shows Earhart alongside some male peers, with the picture taken shortly before her racoon fur coat was sucked into a High Speed Tunnel.

NASA said: “On March 3, 1915, Congress created the National Advisory Committee for Aeronautics (NACA), the organisation from which NASA was created in 1958. NACA research led to advances in aeronautics that helped the Allies win World War II, spawned a world-leading civil aviation manufacturing industry, propelled supersonic flight, supported national security during the Cold War and laid the foundation for modern air travel and the space age.

“In the back row are, left to right: Carlton Kemper, Raymond Sharp, Thomas Carroll, (unknown person behind A.E.), and Fred Weick. During her tour of Langley, Earhart had part of her raccoon fur coat sucked into the 11-Inch High Speed Tunnel.” 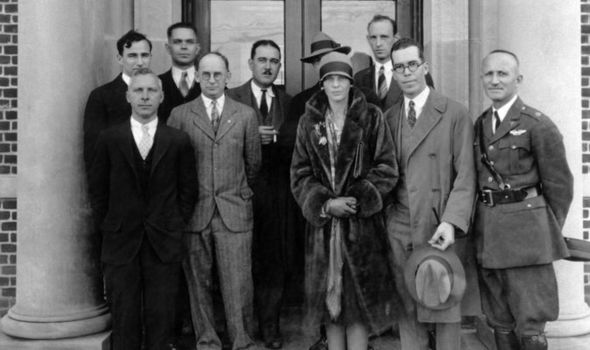 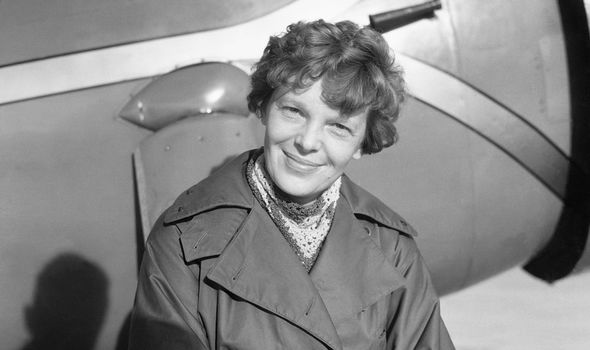 What happened to Amelia Earhart?

Ms Earhart is thought to have died in the Pacific Ocean after her Lockheed Electra 10E plane crashed in 1937 as she made her second attempt to circumnavigate the globe.

American aviation pioneer Ms Earhart disappeared without a trace on July 2 1937 at the age of 39.

Since that day, there have been countless conflicting theories about the fate met by the aviator and her navigator, Fred Noonan.

Skeletal remains were found on a remote island, called Nikumaroro Island, in the South Pacific in 1940 but physician D W Hoodless, who analysed the bones, said that they belonged to a man. 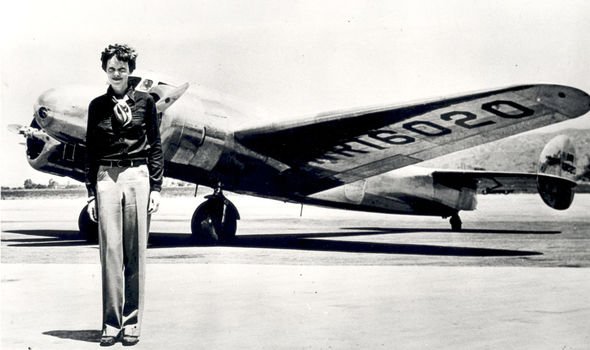 However Richard Jantz, professor emeritus of anthropology and director emeritus of UT’s Forensic Anthropology Center, re-examined the remains in 2018 and concluded that they are Amelia Earhart’s.

Using several different methods to analyse the bones, Prof Jantz is sure that the skeleton belonged to Ms Earhart.

In fact, according to the study published in Forensic Anthropology, the data revealed that the bones have more similarity to Earhart than to 99 percent of individuals in a large reference sample.

Prof Jantz blamed poor forensic technology available to experts at the time for not being able to properly identify that the bones are of the aviator.