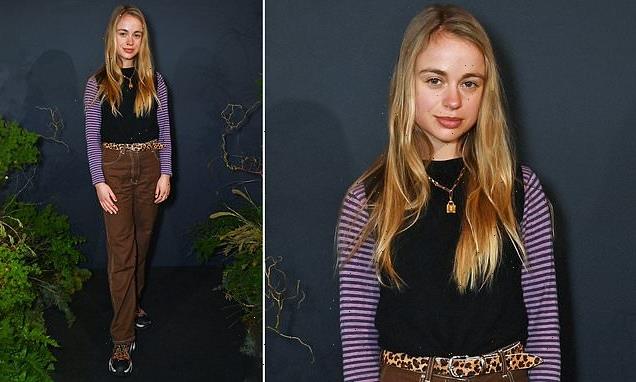 Lady grunge! Amelia Windsor harks back to the 90s in trainers with rainbow laces at Pinocchio premiere

Lady Amelia Windsor channeled the 1990s in a grunge-style outfit as she graced the red carpet this evening.

The young socialite, 27, layered a black vest on top of a long-sleeved, striped shirt, paired with brown jeans and chunky trainers with rainbow laces as she posed for photos at premiere of Guillermo Del Toro’s Pinocchio with a live orchestra at Abbey Road.

Amelia wore her blonde locks down and straight, accessorising her trousers with a leopard print belt and opting for a gold chain necklace complete with a padlock pendant.

The fresh-faced socialite appeared to be wearing minimal make up, showing off her natural beauty. 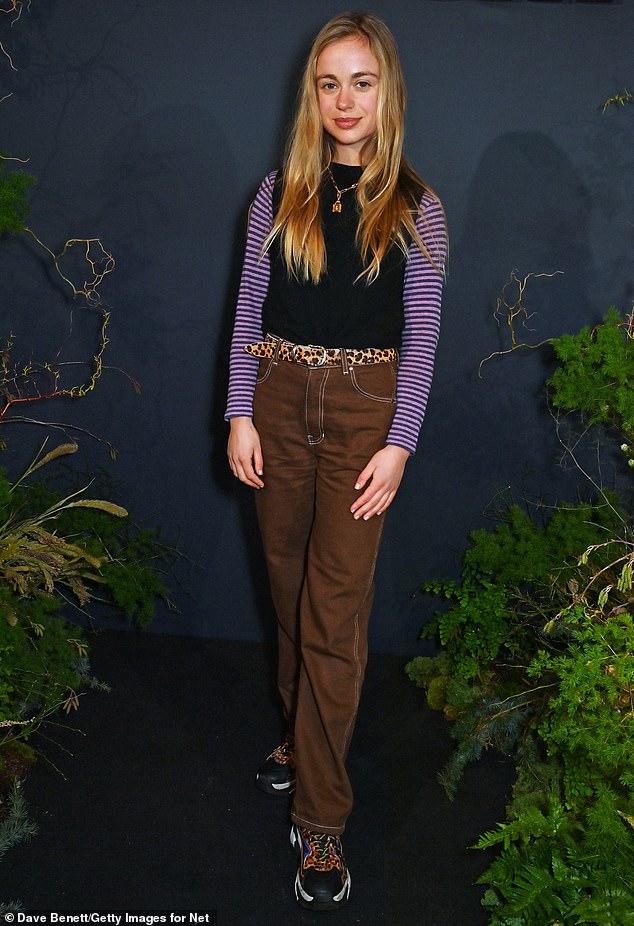 Stylish as ever: Lady Amelia Windsor harked back to the 1990s with her grunge-inspired look as she graced the black carpet at the Pinocchio premiere this evening

Amelia, who lives in Notting Hill with her sister Marina, looked relaxed in the casual look as she made her way to the event.

Mexican director Guillermo del Toro was pictured speaking at the event with an orchestra in front of him as the film was about to start.

Amelia is 44th in line to the throne – a position which has been shifted down since the announcement of Princess Eugenie’s second pregnancy yesterday.

Her cool look was a far cry from the socialite’s last red carpet appearance at Tatler’s Fashion Awards in December at the Royal Albert Hall. 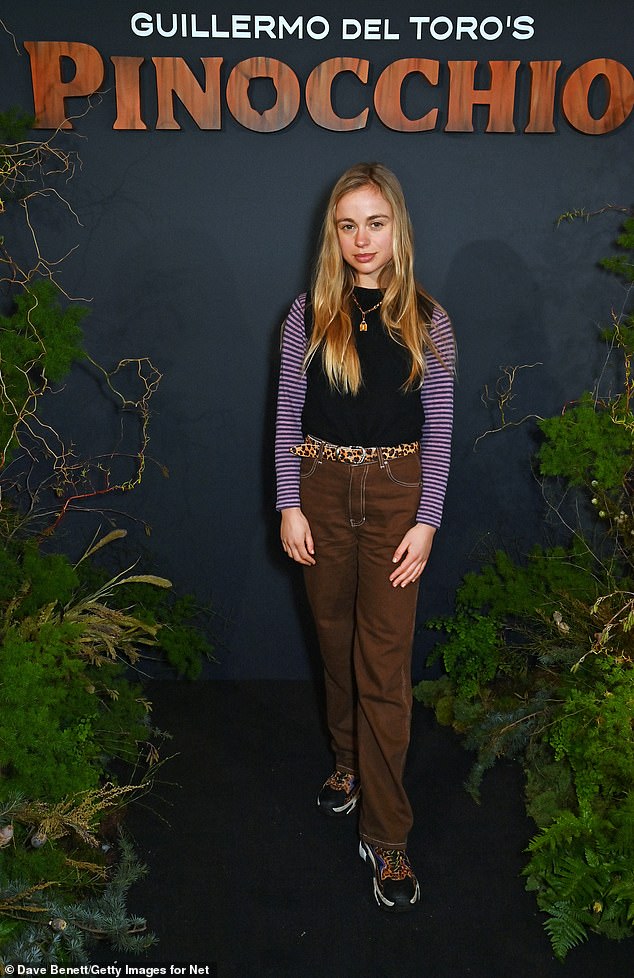 The fresh-faced socialite, who was once dubbed the ‘most beautiful royal’, looked cool as she channeled the grunge look 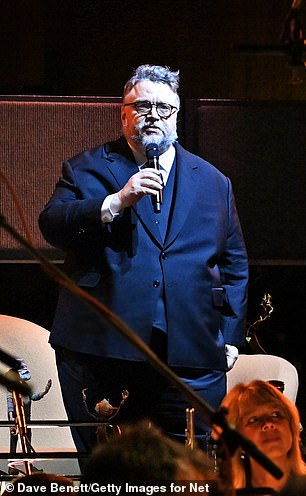 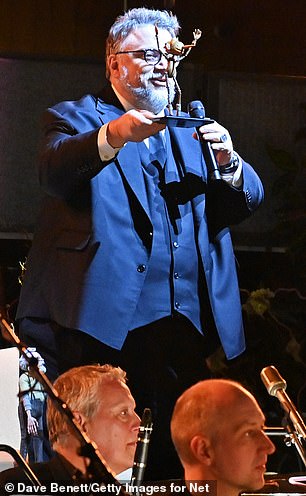 Mexican director Guillermo Del Toro addressed the audience before the film, complete with a live orchestra, began at Abbey Road 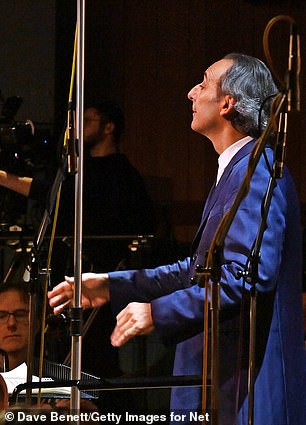 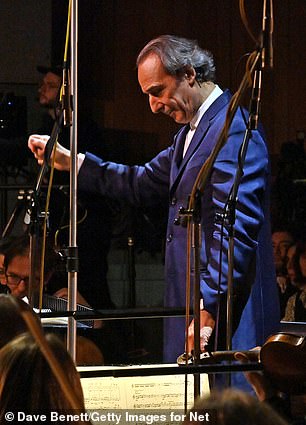 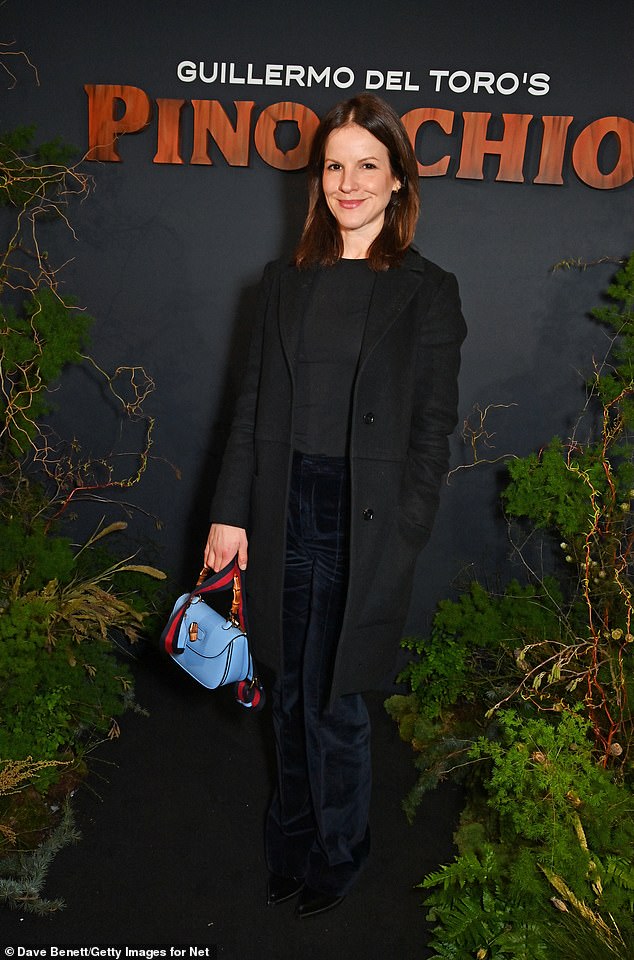 Appearing at the event, the 27-year-old, who has previously been dubbed ‘the most beautiful royal’, dazzled in a plunging black ruffled dress which accentuated her enviable figure, and wore her hair in a relaxed updo.

Tatler also named her one of their Gown of the Year royal winners last December, praising the model for a black tulle dress from Dior, featuring a butterfly-embellished body chain, that she wore as she stepped out in Paris for the French house’s SS23 haute couture show in January 2022.

However she looked every bit as stylish this evening as she embraced times gone by.

Lady Amelia Windsor is the granddaughter of Prince Edward, Duke of Kent, who is a cousin of the late Queen Elizabeth.

She has been signed to Storm Models agency for several years and during her modelling career she has been the cover star of Tatler and walked the runway for Dolce & Gabbana in 2017 at Milan Fashion Week.

The model has previously used her social status and success in the industry to launch projects supporting good causes.

Back in 2018, she released a line of shoes in collaboration with Penelope Chilvers, wth 20% of the proceeds from the line donated to War Child.