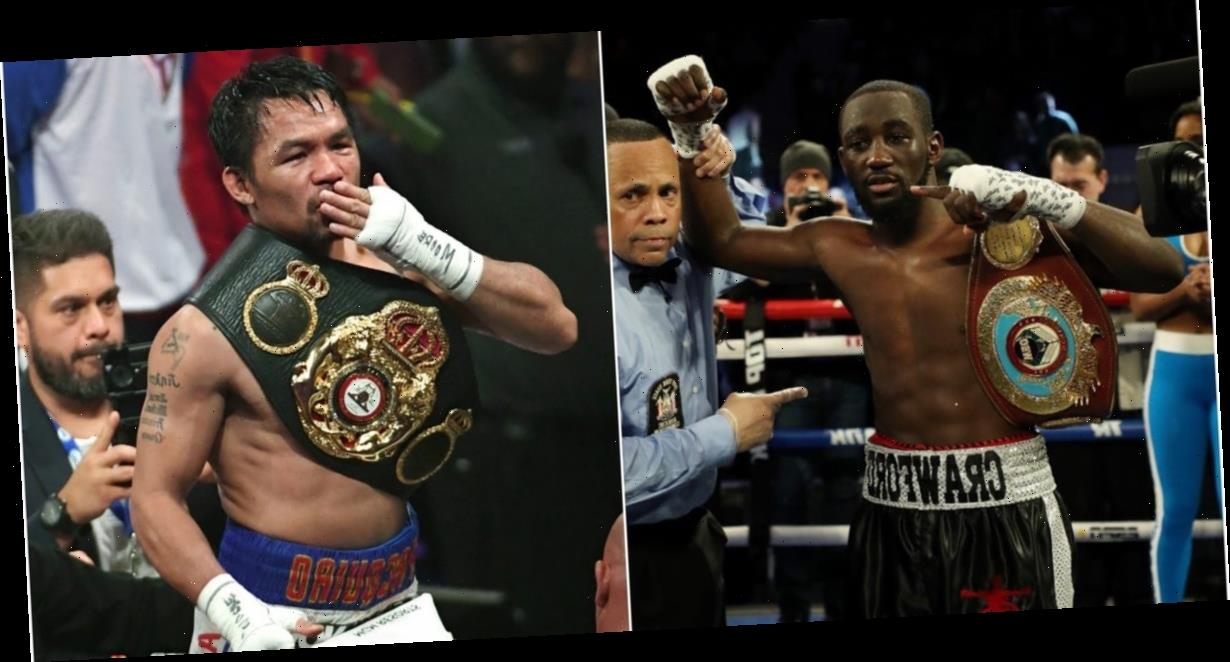 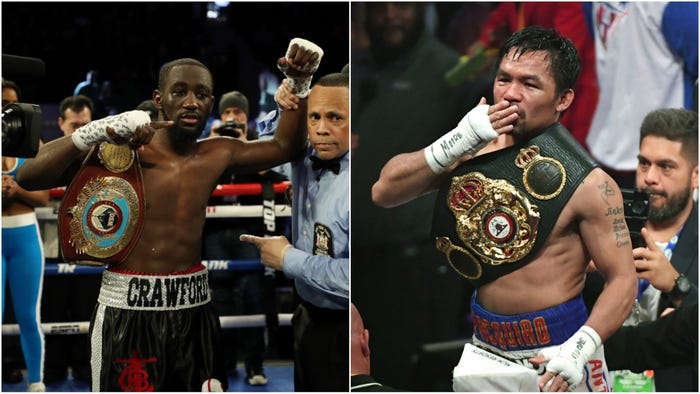 A three-weight world champion and reigning WBO welterweight titleholder, Crawford puts his 147-pound championship on the line Saturday when he fights the British athlete Kell Brook.

Speaking to Brian Custer on the host's "The Last Stand Podcast," Crawford said the bout he wants most afterwards is a welterweight match against Pacquiao — a veteran, 41-year-old prizefighter who has held titles in every division from flyweight to super welterweight.

"Manny Pacquiao for sure, I've been calling for that since 2015, and that's the crazy part, that fight still haven't happened," said Crawford.

Style-wise, the switch-hitting 33-year-old is one of the most beautiful boxers on the planet and despite his talent and championships, he is yet to secure a legacy-defining win.

A fight with Pacquiao could help change that but it is one his promoter Bob Arum, the CEO and founder of Top Rank, previously told Insider has been hard to make as he said Pacquiao's people don't want it.

"Manny Pacquiao is a non-starter," Arum told us last year. "I even offered Manny the fight with Crawford and Manny's people said, 'No.'"

Crawford, though, has alternative opponents he would want to line up.

"Of course, Errol Spence Jr., Keith Thurman … those are the fights that I'm really intrigued about," he told Custer. "And maybe a Danny Garcia fight. We got a lot of history together."

Crawford says he's the world's best boxer, and wants to prove that Saturday

"I've always felt that I'm the No.1 pound-for-pound [boxer] in the world," Crawford said at a press conference this week. "This is what I do."

Crawford is heavily favored to defeat Brook, who has scored a hat-trick of wins since back-to-back defeats against Gennady Golovkin and Errol Spence Jr. in 2016 and 2017.

The 34-year-old Brit's last elite win was six years ago when he out-pointed the teak tough Shawn Porter in California.

There has been upheaval for Brook behind-the-scenes as he broke away from his promoter Eddie Hearn of Matchroom Sport, and is no longer trained by his long-time boxing coach Dominic Ingle, who runs the Ingle Gym in Sheffield.

"I wish him the best," said Crawford. "I'll go in there and get the job done as I always do."

For his part, Brook said this week: "I've been after this fight for a long time. I'm more than ready. I'm in the best condition of my life, and I'm ready to become a two-time world champion. I'm like fine wine. I'm getting better as I get older. I'm ready."