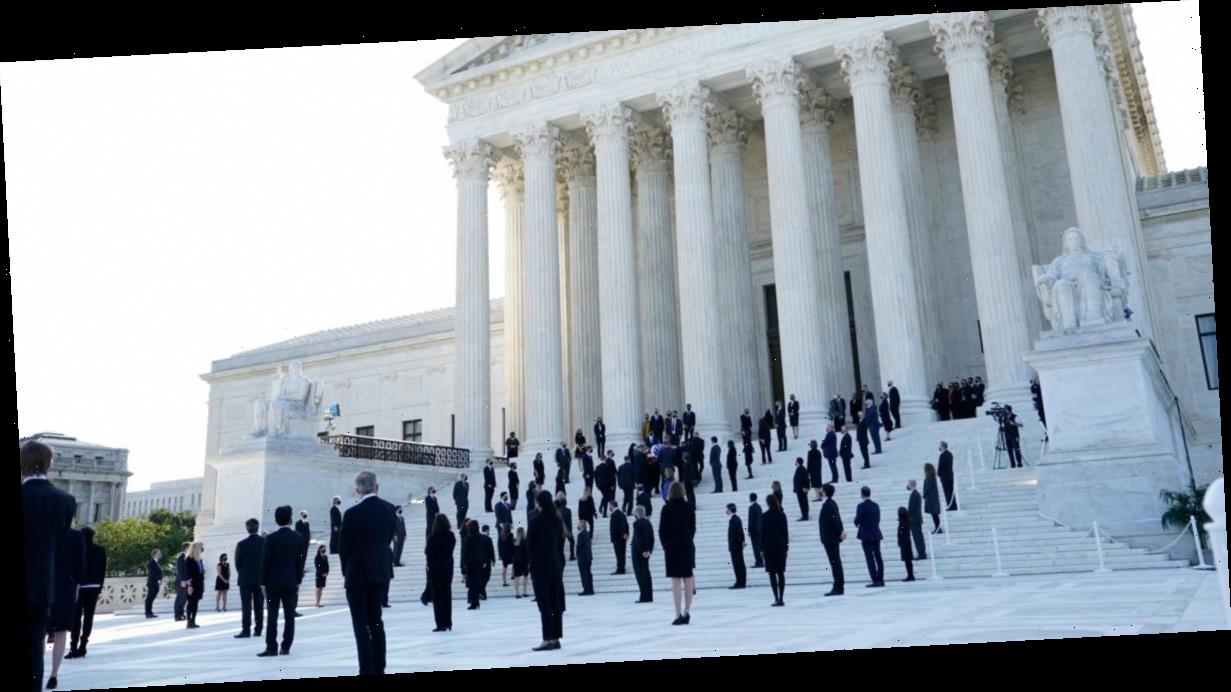 An army of law clerks stood on the steps of the Supreme Court Wednesday to show their respect for Justice Ruth Bader Ginsburg as her casket arrived at the court. Dozens of Ginsburg’s current and former law clerks lined the steps, and several served as honorary pallbearers.

Moving images show Ginsburg’s clerks dressed in black and standing silently as Supreme Court police carried her flag-draped casket up the steps. The New York Times reports that Ginsburg hired over 100 clerks during her 27 years on the court for yearlong apprenticeships, and that many of them appeared to be present on Wednesday. 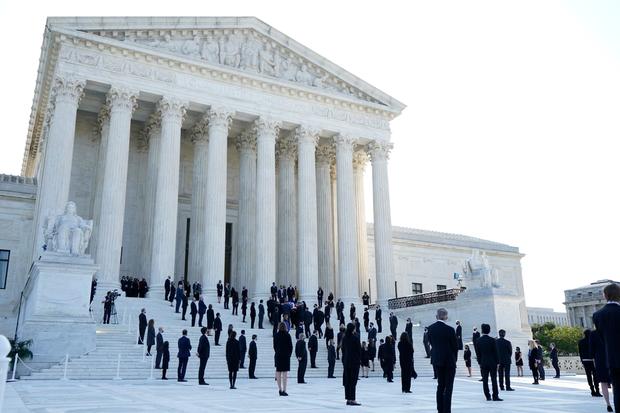 Six of Ginsburg’s current clerks and five former clerks served as honorary pallbearers, according to a press release.

When Supreme Court justices die, their law clerks traditionally stand vigil by their former boss’ casket. The tradition was recently observed when Justice Antonin Scalia died in 2016 and when retired Justice John Paul Stevens died in 2019.

According to SCOTUS Blog, Pamela Harris, a judge on the U.S. Court of the Appeals for the 4th Circuit, and Douglas Winthrop were among Stevens’ former clerks to take turns standing vigil. The law-clerks’ vigils continue while the justice lies in repose.

In addition to Ginsburg’s former clerks, the eight current Supreme Court justices as well as retired Justice Anthony Kennedy were also at the Supreme Court as Ginsburg’s casket arrived on Wednesday.

The justices and Ginsburg’s family – including her two children, Jane and James, their spouses, and her three grandchildren, as well as her close friends – attended a private ceremony at the court.

She will lie in state in the U.S. Capitol on Friday – becoming the first woman to do so.

There will be a private internment service at Arlington National Cemetery next week, the Supreme Court says. 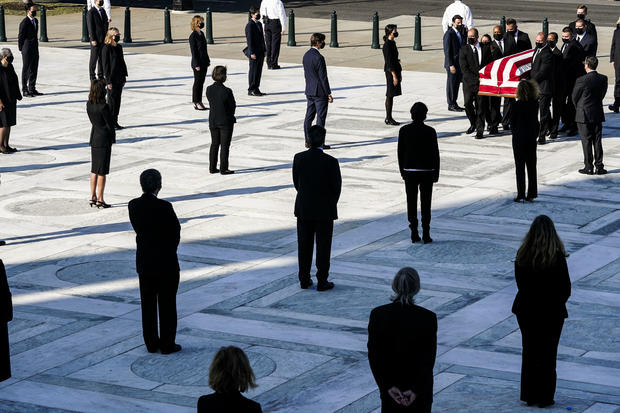