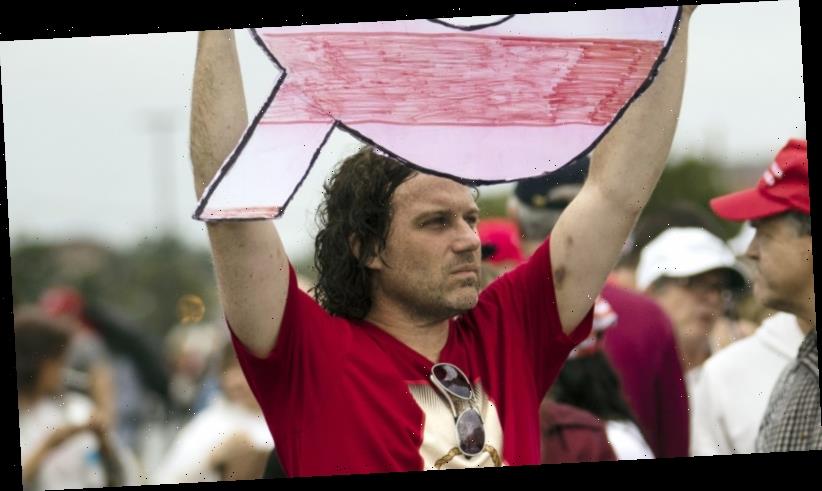 Late last year, the Australian media reported Prime Minister Scott Morrison’s close friendship with a man who tweeted under the handle @BurnedSpy34. The relationship became newsworthy because of the man’s centrality to the QAnon phenomenon, an internet conspiracy whose adherents interpret clues released by a mysterious individual known only as Q, in an attempt to understand the underground war allegedly being waged by Donald Trump against a satanic paedophile ring. 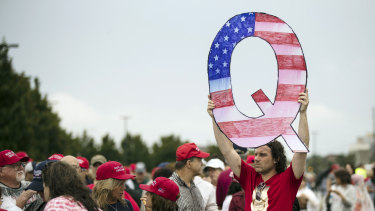 A QAnon sign is held up at a Donald Trump. Conspiracism flourishes during uncertainty, offering an overarching explanation to people confronting apparent chaos. Credit:Matt Rourke

In Going Dark: The Secret Social Lives of Extremists, Julia Ebner, a researcher with the London-based Institute for Strategic Dialogue, notes that her organisation found some 30 million references to QAnon across platforms such as Twitter, Youtube and Reddit during 2018 alone.

That staggering number becomes even more remarkable once you appreciate the sheer weirdness of QAnon. Burned Spy, for instance, identified the red shoes worn by Julie Bishop as a coded reference to ritual sacrifice; Ebner finds some believers confidently identifying the Queen of England as a descendant of the Prophet Mohammed.

What makes this guff credible to anyone? Conspiracism flourishes during uncertainty, offering an overarching (and thus reassuring) explanation to people confronting apparent chaos. But, as Ebner explains, in a chronicle of two years engaging with online trolls, alt-rightists and Nazis, the structures of the internet often facilitate bizarre and abhorrent ideas.

In one chapter, she goes undercover among the hipster racists of Europe’s Generation Identity (almost giving herself away, at one stage, by unthinkingly ordering a cappuccino with soy milk). The Identitarians use an app called Patriot Peer (dubbed by some ‘‘Tinder for Nazis’’), which gives users credits as they recruit to the anti-immigrant cause. The dating app model has, in fact, spread throughout the far right.

Ebner describes her experiences on a site called WASP Love, where she meets up with Will, a romantically inclined bachelor who likes traditional values and dislikes ‘‘degeneracy’’. She might equally have logged into White Date for European Singles or Farmers Only for Americans or Trump Singles (tag line: ‘‘Make Dating Great Again’’).

In another chapter, she joins the troll army known as Reconquista Germanica, which gamifies its campaigns for the racist Alternative for Germany party, by allowing members to move up virtual rankings as they perform ‘‘missions’’ online.

Ebner quotes the techno-sociologist Zeynep Tufekci on how the process works with Youtube: ‘‘If you start with a video about jogging, for example, you can be almost sure to end up seeing extreme parkour or ultra-marathon videos. And when you watch a vegetarian cooking lesson, you might get suggestions for militant veganism at the end of the day.’’ 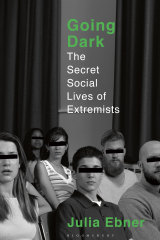 At the same time, the online space allows the development of surprisingly intense relationships, even with those whose views you might initially find repugnant. In a particularly fascinating section, Ebner writes of her engagement with a forum for ‘‘Red Pill Women’’ – that is, women who embrace the militant anti-feminism associated with the men’s rights movement.

These so-called Trad Wives assess what they call their sexual market value (or SMV), a figure they say declines according to how many partners they’ve had. They chat about how best to please men, including by adopting the STFU method (‘‘Men prefer women who don’t talk too much,’’ one says), in a discussion that shades into a justification of domestic violence.

In the wake of her own relationship breakdown, Ebner catches herself nodding along as the Trad Wives banter on Reddit.

‘‘It was far too easy to get draw into this strange place,’’ she concludes, ‘‘a radical online community like most others I had joined before, yet entirely different: the hatred wasn’t directed towards others but towards oneself. There was something weirdly comforting in the self-blaming, self-denigrating language that connected its members – a certain kind of consolation in the offer of collective self-optimisation.’’

An encrypted Telegram chat group for female Islamic State supporters works the same way: on the one hand, a vehicle for violently patriarchal ideas; on the other, a forum in which advocates of terror find a strange female solidarity.

Ebner describes extremists as enthusiastic adopters of technology, with, for instance, sales of DNA-testing kits from companies such as 23andme, Ancestry and MyHeritage surging after 2016 as the right’s new recruits sought to establish their ethnic purity.

More importantly, the far right knows how to exploit weaknesses created by tech in society.
After Ebner published an article about the British right-wing populist Tommy Robinson, he sneaked into the building where she worked and filmed her so he could broadcast the confrontation online. ‘‘Had Robinson come to my office 10 years earlier,’’ she writes, ‘‘the media stunt would most likely not have worked … there wasn’t a big enough audience that wanted to see news outlets dismantled and journalists disgraced.’’

It’s an argument that she might have explored in more detail, with her book’s focus on encounters with radicalised individuals often emphasising psychology and tech rather than politics.

Certainly, Burned Spy would not have been possible without Twitter – but it’s also difficult to imagine QAnon achieving such popularity without the devastation of the global financial crisis.
Nevertheless, Going Dark deserves a wide readership. As Ebner’s chapter on the Christchurch massacre emphasises, when internet radicals collide with the real world, the results can be deadly. Her book offers an accessible and engaging introduction to some of the most dangerous communities online – and to the methods that enable them to grow.

Jeff Sparrow’s most recent book is Fascists Among Us: Online Hate and the Christchurch Massacre (Scribe). Julia Ebner is a guest at Sydney Writers’ Festival (April 27-May 3). swf.org.au