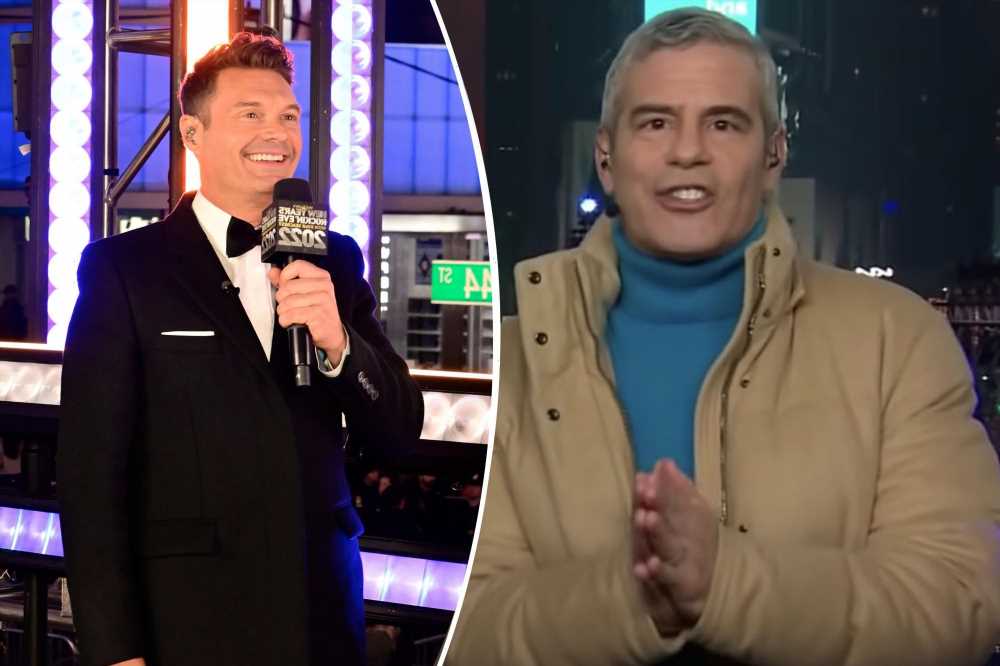 Andy Cohen reveals he contracted COVID-19 for a second time

Best star snaps of the week: Goldie Hawn, Chelsea Handler in the ‘dog house’ and more

Andy Cohen is still dealing with the fall out from his New Year’s drunken eve.

The booze-loving Bravolebrity issued a mea culpa to Ryan Seacrest Monday for bashing his ABC New Year’s Eve broadcast team as a “group of losers,” while Cohen downed drink after drink on his rival CNN holiday special with Anderson Cooper last Friday.

“The only thing that I regret saying, the only thing is that I slammed the ABC broadcast, and I really like Ryan Seacrest and he’s a great guy,” Cohen said of ABC’s broadcast of “Dick Clark’s New Year’s Rockin’ Eve” on his “Radio Andy” talk show Monday.

“And I really regret saying that, and I was just stupid and drunk and feeling it.”

He added, “And it was, it was, I was continuing the Journey rant, and I just kept talking and I shouldn’t have, and I felt bad about that. So that is the only thing [I regret]. It’s the only thing.”

During Cohen and Cooper’s live broadcast, the “Watch What Happens Live” host, 53, commented on his fellow Times Square competitors.

“Ryan Seacrest’s group of losers that are performing behind us,” he said on Friday night. “I mean, with all due [respect], if you’ve been watching ABC tonight, you’ve seen nothing. I’m sorry.”

Cohen added that in the moment, he said it jokingly, but the headlines were the real “problem” when taken out of context.

“The headlines about Ryan Seacrest are all like I trash Ryan Seacrest,” he said. “I’m like, I really, I hope he hears the clip. You know what I mean?”

As for what he doesn’t regret? His infamous rant on former New York City mayor Bill de Blasio.

“The only thing that Democrats and Republicans can agree on is what a horrible mayor he has been. So, sayonara sucka!” Cohen screamed into the camera. “2022. It’s a new year.”