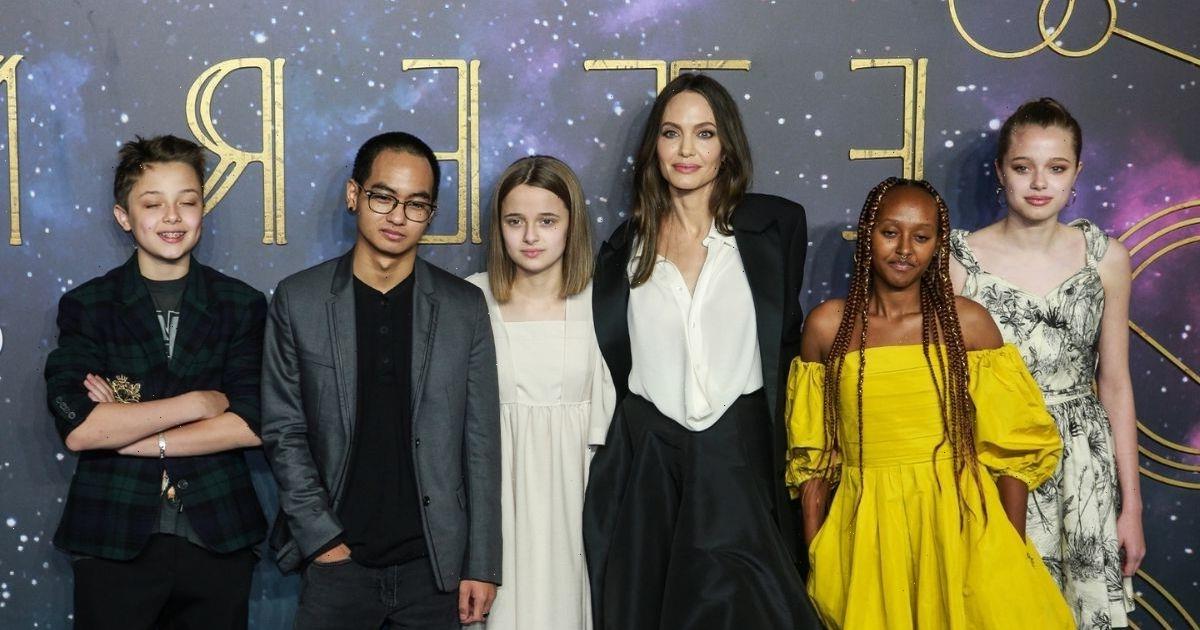 We have been seeing a lot of Hollywood star Angelina Jolie recently as she embarked on the world tour of premieres for her latest movie Eternals.

The 46 year old hasn't been showing up on her own either as she's taken her children, Maddox, 20, Zahara, 16, Shiloh, 15, and 13-year-old twins Vivienne and Knox along with her to the premieres.

Son Pax, 17, hasn't appeared on the red carpet with his famous mum and siblings.

Angelina has been treating the red carpets as a catwalk as she has been striking up stunning poses in the most glamorous and designer outfits.

However, it's her children who have been stealing the spotlight, wearing recycled dresses from Angelina's incredible wardrobe.

For all the latest celebrity news including their style secrets sign up to the OK! Daily Newsletter.

On Wednesday 27 October, 15 year old Shiloh wore a Dior dress that her Hollywood star mum wore back in 2019.

Stepping out at the London premiere of the new Marvel movie, Shiloh caught everyone's eyes as eagle-eyed fans recognised the dress which she was wearing.

Angelina first sported the monochrome printed Dior gown during the 2019 press tour of the movie Maleficent: Mistress of Evil.

The princess-style dress was originally floor-length, but half the skirt has now been removed with Shiloh sporting the shorter style.

In a previous interview with E! earlier this month, Angelina said: "I'm like, ‘Oh my God, wear it and wear it better than me! Take it, it's your turn."

This isn't the first time we have seen some of Angelina's iconic dresses be recycled on the world premier tour.

Taking to the film's premiere in Hollywood earlier in October, 16 year old Zahara wowed in a glittering gown which was another from Angelina's closet.

Back in 2014, the actress stepped on to the red carpet at the Oscars dripping in a silver and gold sequin dress by designer Elie Saab Couture.

The doting mum held on to the dress and had it shortened to hand down to Zahara to wear to the special event, and we can't wait to see which outfit the mum will hand down the her children next.