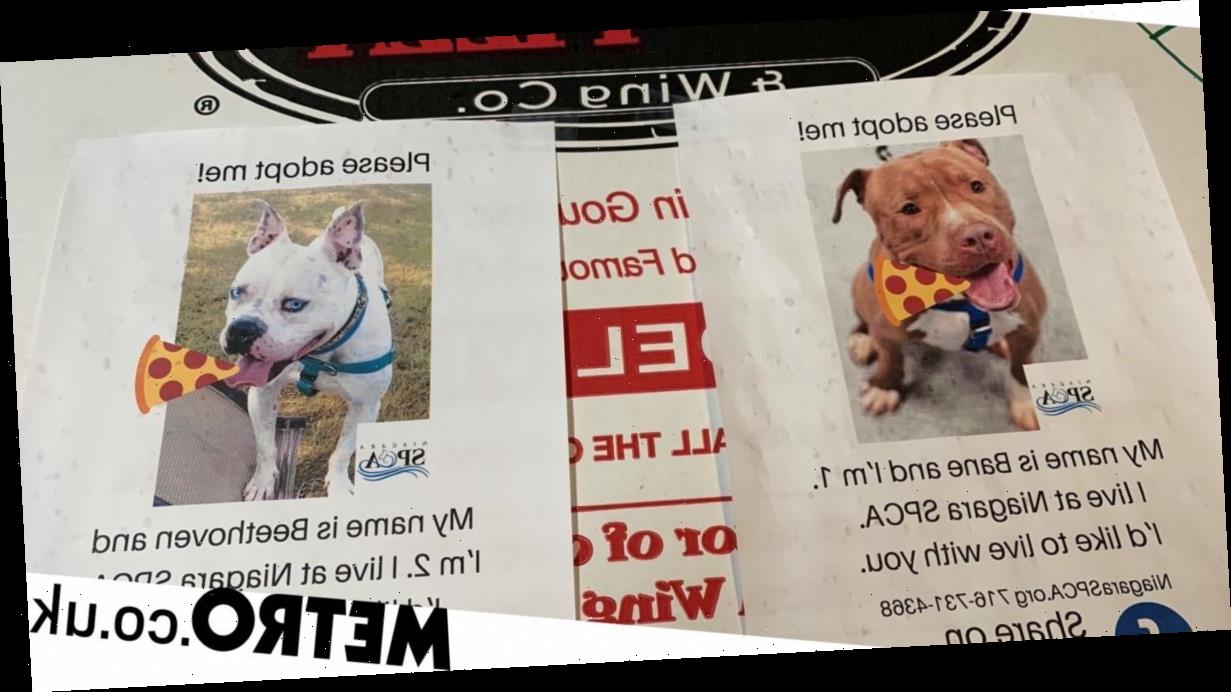 If we could adopt every single one of the glorious cats and dogs we write about, we would.

For reasons we don’t understand, these precious dogs and kitties are without forever homes and animal shelters have to get creative to help them out.

One shelter in the US has been trying out a quirky method to get some much-needed attention – through sending out flyers on pizza boxes.

They say the way to someone’s heart is through food and Niagara SPCA from New York is testing that theory by teaming up with the Just Pizza & Wing Co. franchise.

Not only do customers get to chow down some delicious pizza, they can do some good by adopting a pet who’s had a tough time.

Anyone who kindly volunteers to take one of the dogs in gets a $50 (£39) voucher from the restaurant.

We caught up with the Niagra SPCA team who tell us that they got the idea to offer the leaflets after struggling to rehome some of their dogs.

When the owner of the pizza shop, Mary Alloy, saw the shelter struggling, she decided to adopt a furry friend but was sad about the rest of the animals without a home.

So Mary was more than happy when the SPCA group came up with a plan.

Kimberly LaRussa, from Niagra SPCA, tells Metro.co.uk: ‘Mary Alloy is a big advocate for our shelter and often goes above and beyond to help the shelter animals.

‘We asked her if she would be interested in advertising the shelter dogs on her pizza boxes and she immediately said yes!

‘Around Christmas time Mary adopted a cat from us named Smokey that no one else would adopt because she had special needs.

‘When Mary saw that Smokey was with us for a long time, she said enough is enough and came and got her.

‘Smokey is now happily living in Mary’s home with her other cats. Mary is just the best kind of person.’

Kimberly adds that they choose who to put up on the flyers by including the ones who have been in the shelter the longest.

These are usually animals who can’t live with other pets as they’re the hardest to place.

She adds: ‘We are always looking for fun and unique ways to promote our shelter animals.

‘Right now we have a lot of shelter dogs who have been with us for a longer period of time, mainly because they have to be the only dog in the home.’

Since they started distributing leaflets, two dogs have been were placed in homes: Larry, a six-month-old pit retriever mix and Joel, a seven-month-old pit mix.

Do you have a story you want to share?

Get in touch to tell us more by emailing [email protected]