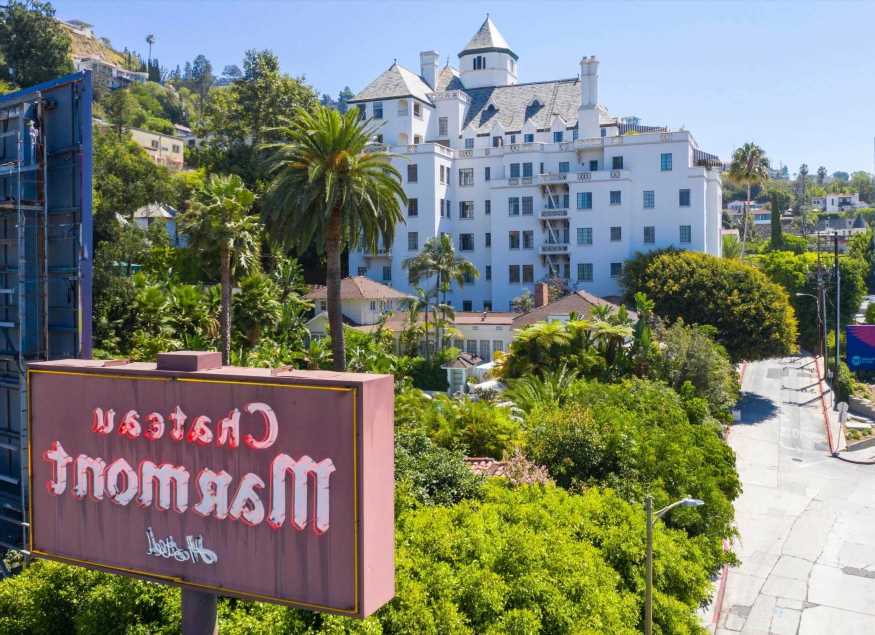 Another production has pulled out of filming at Chateau Marmont amid an ongoing high-profile boycott of the iconic hotel.

Paramount Plus series “The Offer” — starring Miles Teller, Matthew Goode, Justin Chambers, and Colin Hanks and based on the making of “The Godfather” — was scheduled to film at the hotel, sources say, but changed locations when they learned of the ongoing dispute between the hotel and former staff.

Nearly 250 of the hotel’s employees were let go at the beginning of the pandemic without insurance or severance. They are being helped by LA hospitality union Unite Here Local 11.

(Hotel owner Andre Balazs has previously said that in May the hotel “gave more than $250,000” to employees.)

“We applaud Paramount Plus’s decision to honor the boycott of the Chateau Marmont. We thank all the Hollywood unions — SAG AFTRA, IATSE, Teamsters, WGA and DGA — for supporting these courageous workers who have spoken out for dignity and respect,” Kurt Petersen, co-president of Unite Here Local 11, said in a statement.

The hotel’s workers have been vocal, staging picket lines and calling for a boycott that has caught the attention of celebs including Jane Fonda, Martin Sheen, Tom Morello, Edie Falco, Amanda Seyfried, Daveed Diggs and Sarah Silverman.

A spokesman for the hotel tells us that if “this production turns out to have been moved as a result of Unite Here Local 11’s interference, it would be yet another example of the union’s harassment of a non-union hotel and damaging the livelihood of hospitality workers who currently enjoy employment at the Chateau with wages and benefits greater than prevailing union standards.”

In April, Aaron Sorkin’s “Being the Ricardos” — starring Kidman as Lucille Ball — pulled out of a scheduled shoot at the hotel just hours before filming after the crew had a conversation with the union representing the hotel workers, Page Six previously reported.

“The Offer,” will be a ten-episode limited series based on the making of the classic film.