ARGOS is selling a bistro furniture set for £50, and it's half the price of a similar one that Wilko is selling.

Wilko's version of the garden table and chairs set is £100, so double the price. 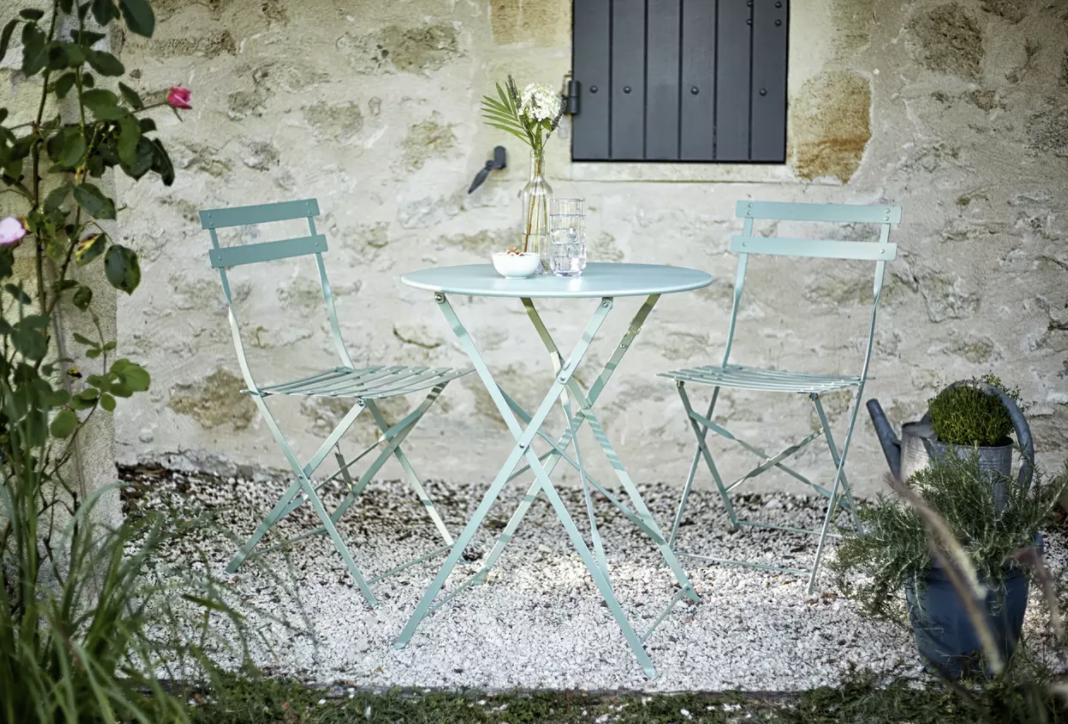 The Eve bistro set from Argos comes fully assembled so all you have to do is get it out of the box- no allen keys or any DIY required.

It comes in two colour options, sage and grey, for the £50 price tag, and the set is easy to store as the whole thing just folds down flat to tuck away when you're not using it.

That means the metal set is perfect for small spaces like balconies or in the garden where it can be left all year long.

It's available to order online but it's going to set you back at least another £3.95 to have the table and chairs delivered to your door.

If you don't want to fork out for the extra delivery fee though, you can also nab the set using Argos' free click and collect service.

The store's locator tool will help you find your closest shop and it will also indicate if that particular branch has the set in stock too, as numbers of the bargain sets are limited.

Wilko's set is almost identical, down to the twist features on the back of the chairs but it's 50% more expensive. 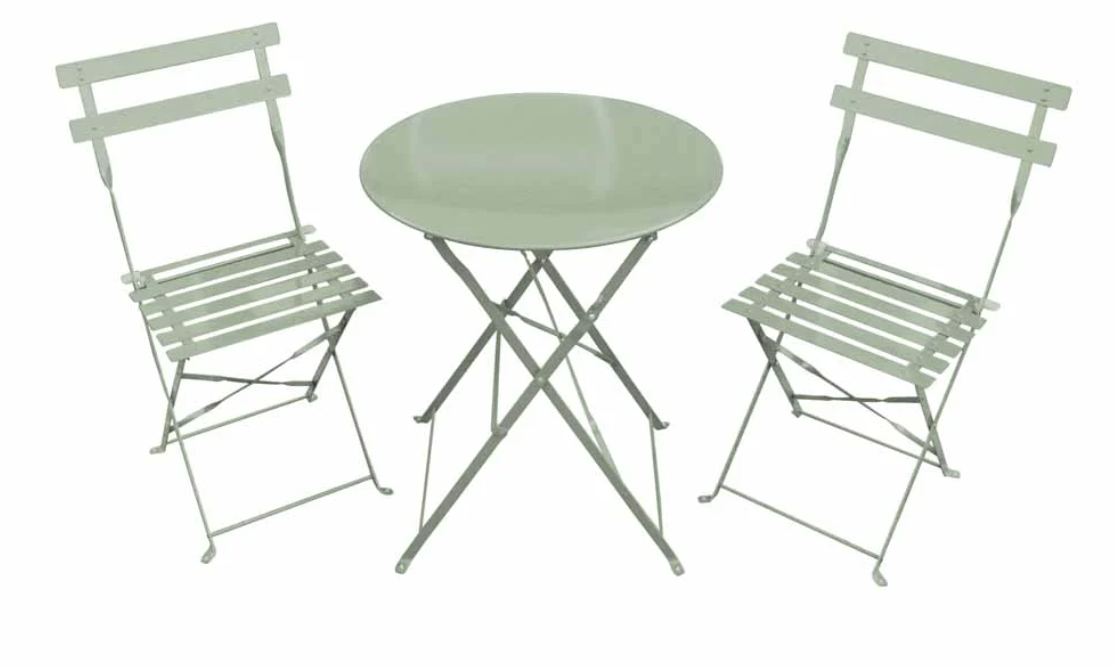 The metal bistro set is also currently out of stock in all of its four colour variants.

You can set up an email notification on Wilko's website to let you know when the set is returning and when it does you can have the table and chairs delivered straight to your door free of charge.

The bistro set is an online exclusive at Wilko though so there won't be any chance of catching the bargain in-store.

But if you can't wait for the return of the metal set at Wilko then the store is also offering a wooden version that is available to buy right now.

The £95 Eucalyptus Bistro set is Wilko's cheapest on offer but it's still £45 more expensive than the bargain Argos set alone.

There's an extra £5 that you'll have to pay to have this one delivered too, so it still meets the same £100 price tag overall as its metal counterpart.

And the wooden bistro set is unavailable for click and collect so there's no getting around the extra charges either.

Homebase has a similar version of the bistro sets too at £85, which is a £35 increase on the Argos deal, but that's also currently out of stock.

It's the same at The Range who have their own bistro bargain at £55 but the high demand of Brits wanting to cash in on their garden sun traps means there aren't any available to buy right now.

You could also be in for a bargain at B&M, as the discount retailer slashed the price of its patio furniture set to £70, down from £100.

But Tesco was the one to beat competitors when the store launched a £250 version of a garden rattan sofa on offer.

Aldi also had a copy of the sofa but that was £20 more, and you'll have to wait for its return to the supermarket's specialbuy stock.