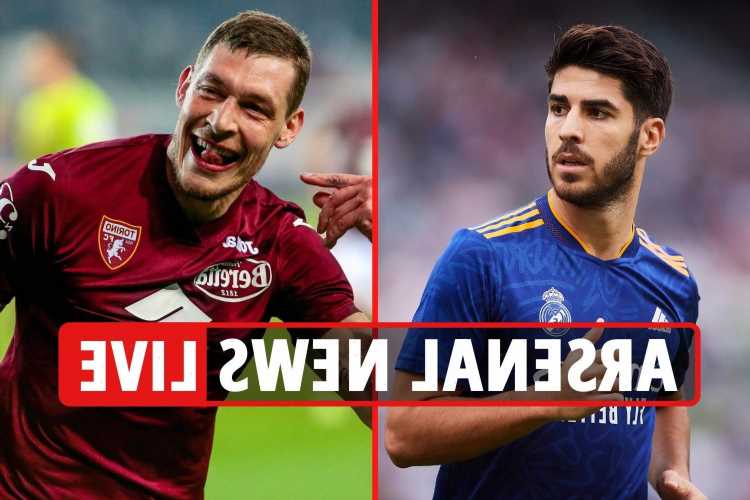 ARSENAL are going to push for the transfer of Andrea Belotti in January, according to reports.

The Torino and Italy star would make a cost-effective replacement for Alexandre Lacazette, who is set to leave at the end of the season.

And the North London club have reportedly made an offer for Marco Asensio as they look to beat competition from the likes of Liverpool for the Real Madrid star's signature.

And the Gunners are also being strongly linked to another Los Blancos player, with a loan bid for striker Luka Jovic mooted.

Meanwhile Luis Suarez has opened up on the Gunners' infamous £40m-plus-one-pound bid in 2013.

And after superb recent performances, Aaron Ramsdale has been tipped to star for England in next year's 2022 World Cup in Qatar.

Meanwhile Lee Dixon has made a surprising revelation about Arsene Wenger, claiming the French boss got under Sir Alex Ferguson's skin during their heydays as managers of Arsenal and Manchester United.