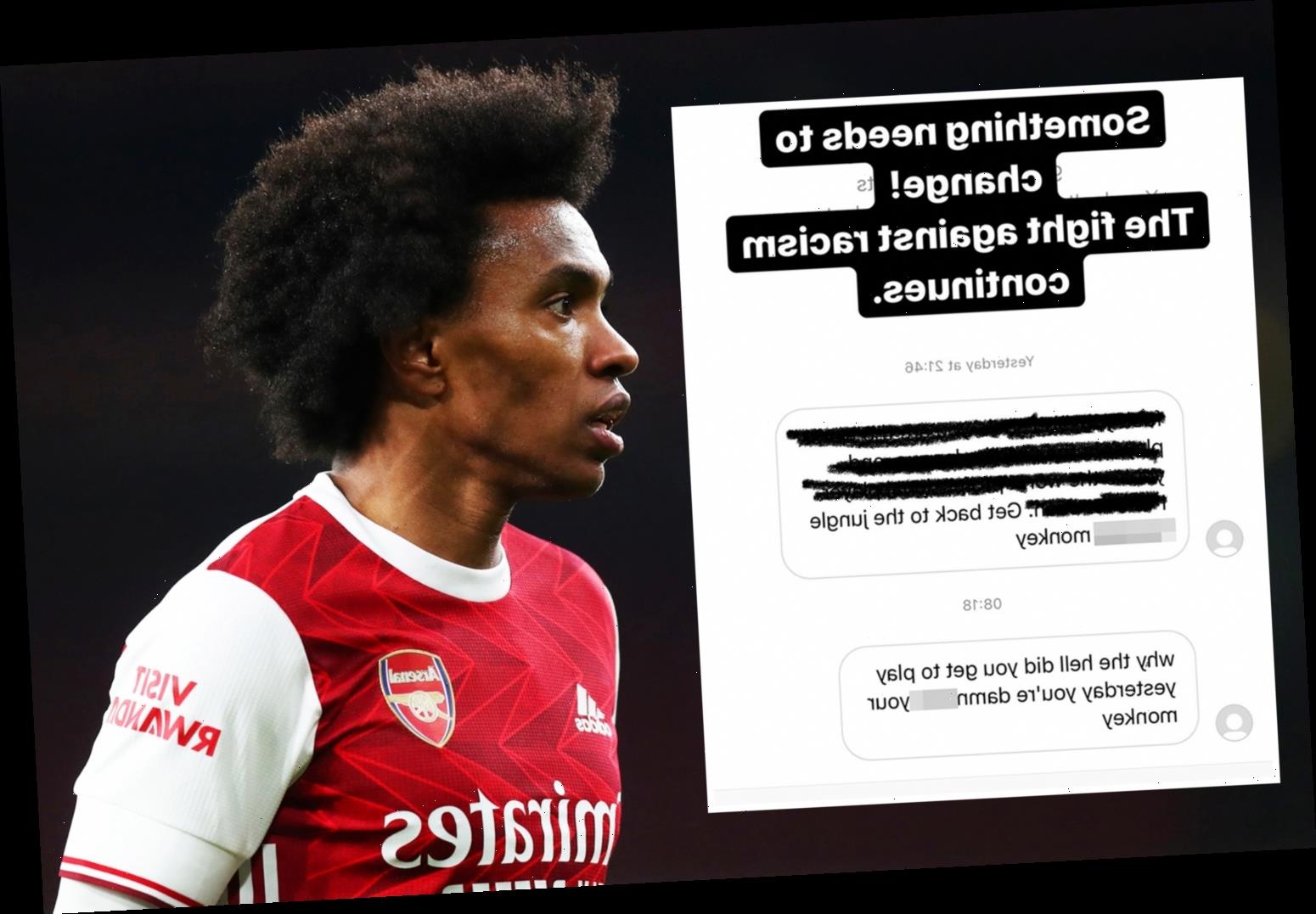 ARSENAL star Willian has revealed sick racists called him 'f***ing monkey' in a string of expletive-ridden posts on social media.

The ex-Chelsea winger, 32, exposed the trolls' messages in a series of uploads to his Instagram story. 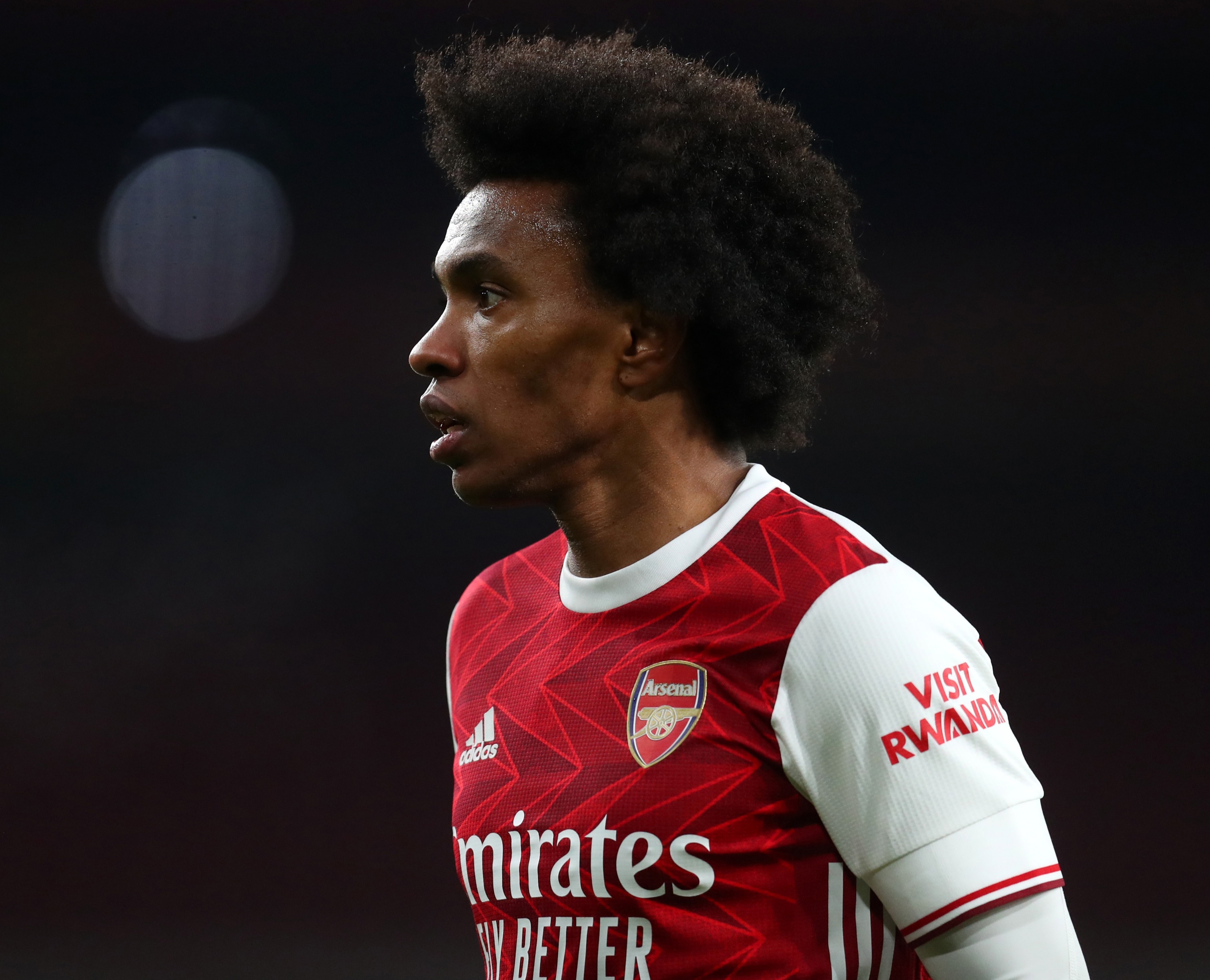 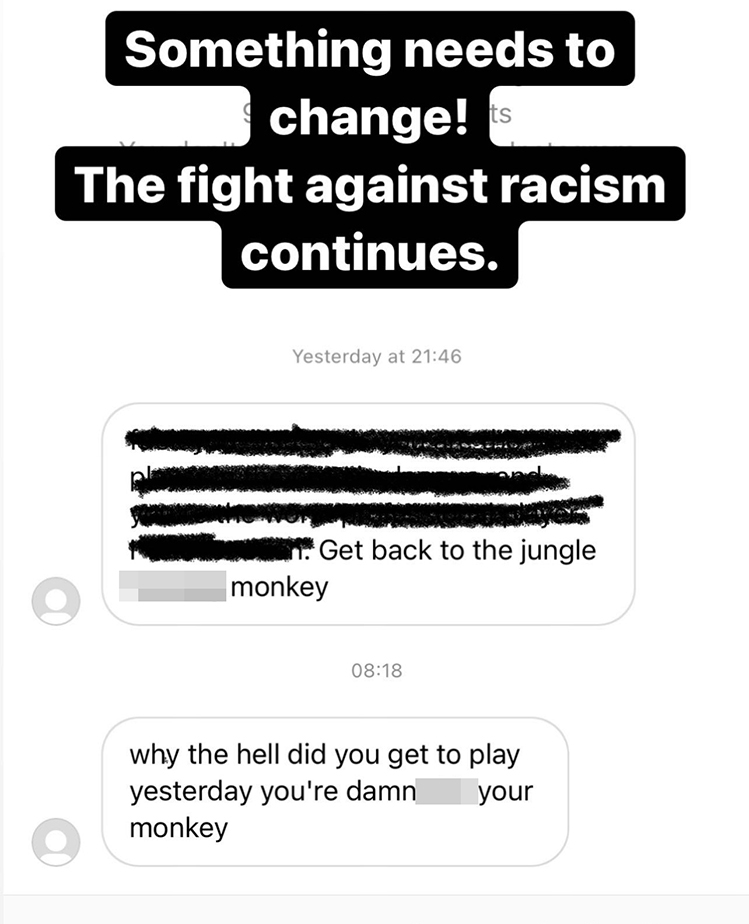 Willian is just the latest in a long line of players to be subjected to vile abuse in the last few weeks alone, despite social media giants promising to crack down.

Taking to Insta, the Gunners star shared the abhorrent messages he received, as one twisted user wrote: "Get back to the jungle f***ing monkey.

"Why the hell did you get to play yesterday you're damn s*** your monkey."

Another screenshot showed another user write: "F*** you monkey."

Willian captioned the image: "Something needs to change!

"The fight against racism continues!"

Willian came off the bench in the 90th minute of Thursday's 1-1 Europa League draw with Benfica, replacing Martin Odegaard.

The despicable attack on the Brazilian is just the latest in a worrying spate of revolting incidents in recent weeks. 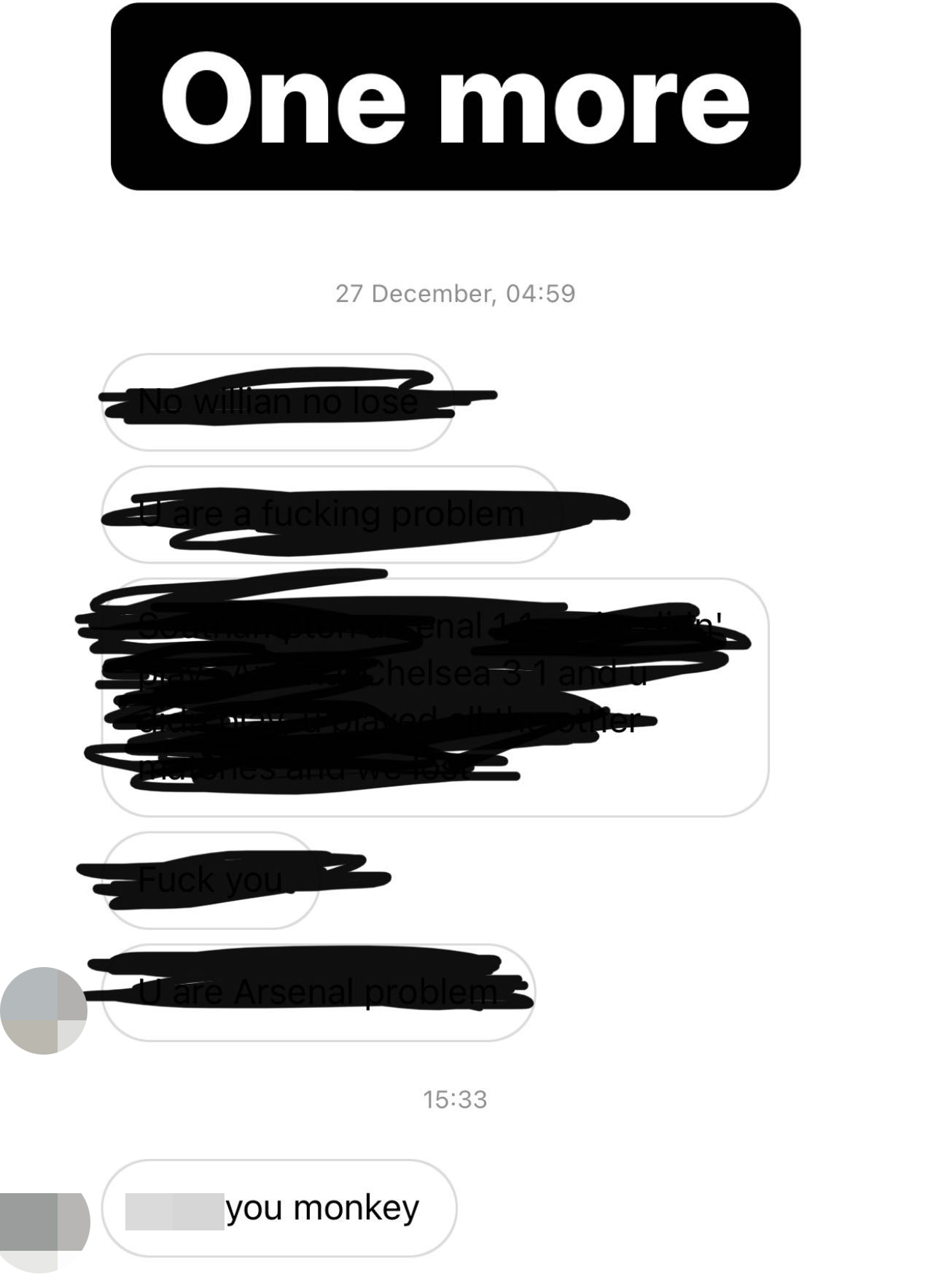 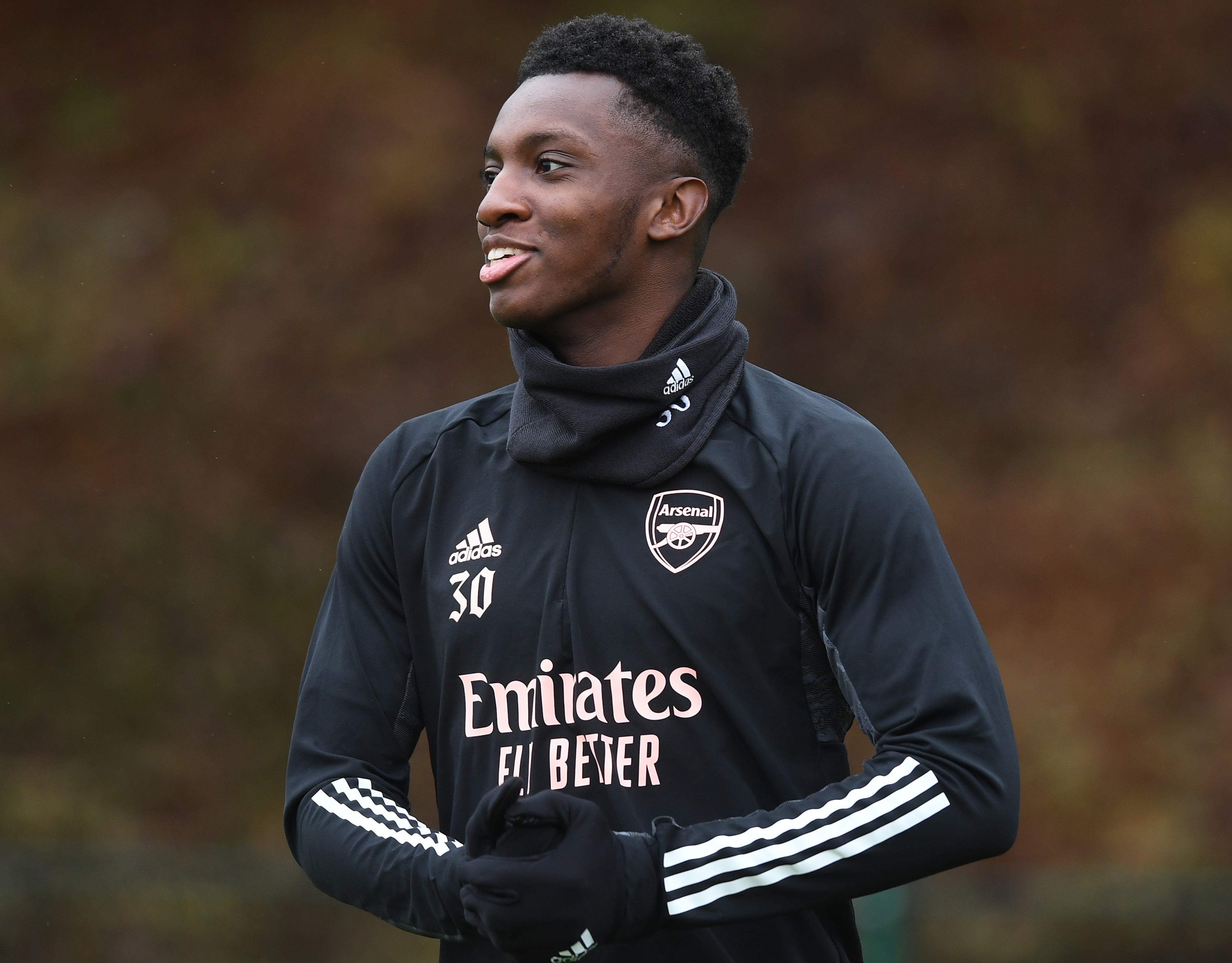 Willian's Gunners team-mate, Eddie Nketiah, was on the end of an horrendous message on Twitter earlier this week after he shared a snap of himself smiling in training.

The person responsible for the tweet was swiftly banned for life as social media giants including Instagram promise to crack down on abuse.

Both Martial and club-mate Axel Tuanzebe were also on the receiving end of abuse following the defeat to Sheffield United last month.

Another Man Utd star, Marcus Rashford, was targeted after the 0-0 draw with Arsenal.

Southampton teenager Alex Jankewitz was also among the many footballers to be attacked in recent weeks.

West Brom's Romaine Sawyers was also on the receiving end of some abhorrent abuse last month – with a man arrested.

Swansea and Manchester City said they were 'appalled' and 'saddened' at the racist abuse sent to Yan Dhanda last week as police opened an investigation.