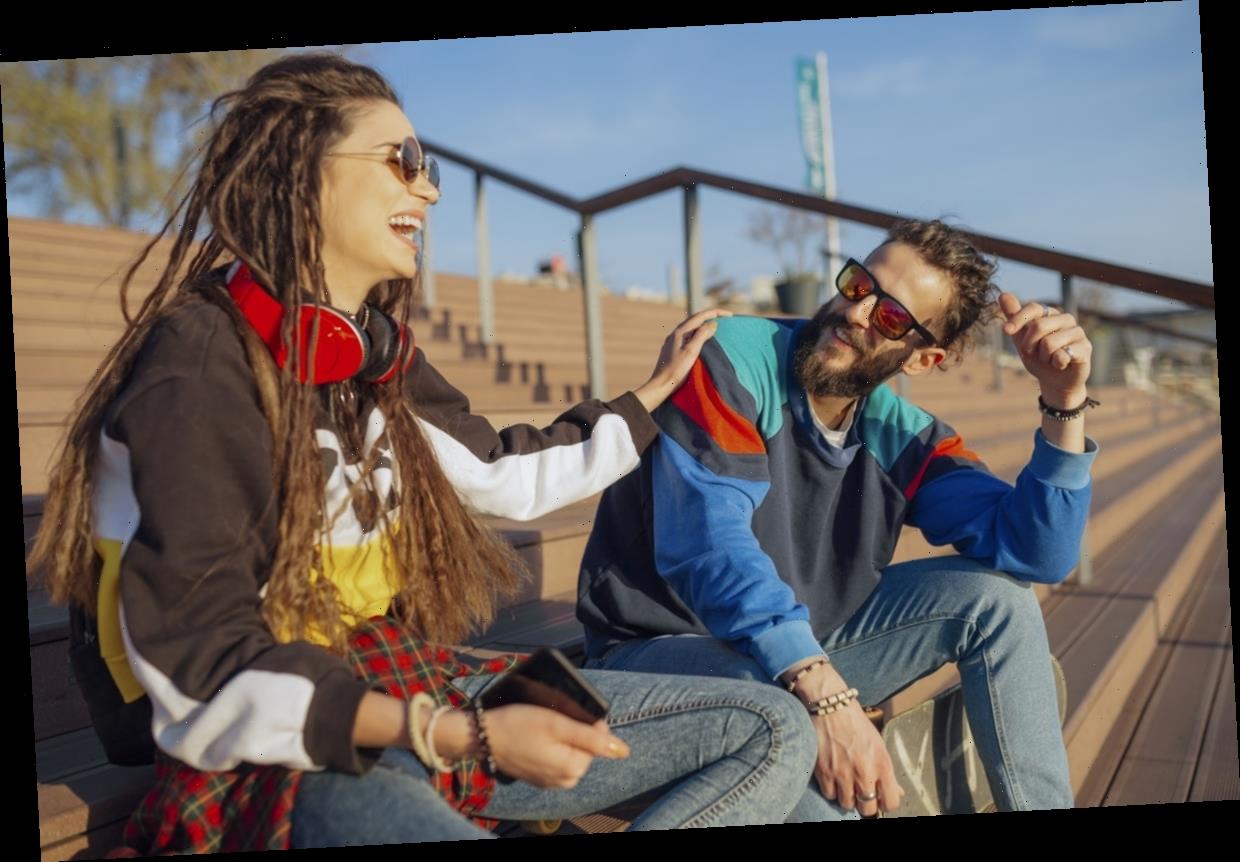 With the advent of dating apps, having to actually, gulp, ask someone out face-to-face is practically a thing of the past. But what happens if you spot a total cutie on the elliptical at the gym or in front of you in line, grabbing a cold brew at your favorite coffee shop? Are you supposed to just let them get away just because they’re not swipeable? No way. This is why asking someone out in person is a skill you may want to add to your modern dating repertoire, even if it feels old-school.

There’s just one thing about asking people out face-to-face: It can be super intimidating, especially if you rarely (or never) do it. But according to Diana Dorell, intuitive dating coach and author of The Dating Mirror: Trust Again, Love Again, it doesn’t have to be. The first thing to know is that pretty much everyone is in the same boat with you when it comes to being nervous about asking someone out. "Even the most confident looking people get nervous, it’s normal," Dorell tells Elite Daily. Here’s the important part, though: It’s something you can get over. "When you do it often, it [becomes less] scary," Dorell reveals. Here’s how Dorell says you can master your nerves and start making connections in real life. Asking someone out in real life can feel particularly nerve-racking because the stakes feel higher face-to-face, explains Dorell. “The potential for rejection can make it hard — especially when it’s in real-time in front of you,” she says. However, that doesn’t have to be the case, and the more you put yourself out there and ask people out, the less scary it can become, she adds. “I believe though that it is a muscle you develop — discerning to see whether it really would be a good idea and then getting out of your head and just going for it, trusting that regardless of what they say, it’s not a reflection of how lovable or worthy you are,” she shares. So, in other words, practice makes perfect… or at least less intimidating, when it comes to asking people out.

How To Calm The Jitters.

Next time you see that cutie on the quad or after class and you’re ready to make your move, Dorrell says to take a moment and calm your nerves before you make your approach. “Take deep breaths, visualize it going well (this is what athletes do before a game and it works!) and remind yourself that in the grand scheme of things, it’s one minute of your life,” she suggests. It also helps to take a look at the bigger picture to help lower the perceived stakes of asking this one person out. “There will be others-just be present and have fun,” Dorrell advises. Now that you’ve taken a moment to calm your nerves, it’s time to just go for it. Dorrell says it’s now all about approaching them with casual yet confident energy. You can also kick things off with some small talk to gauge the vibe. “Introduce light topics to get a feel for the situation-engage them in conversation and then when the moment strikes, ask them out,” she says. As for what to say, just convey the same chill, low-pressure vibe. “It’s all about your energy. If you are nervous and trying to make it sound all perfect, it will come off [that way],” she explains. Dorrell’s advice is to just throw the invite for a date into conversation like it’s not a big deal. That way if they do decline, it will feel like less of a big deal to you as well. Remember that it’s just a moment in time, concludes Dorell.

Putting yourself out there and being vulnerable is tough for just about everyone, so it’s totally understandable if it’s not easy for you. In the end, it comes back to what Dorell says: the more you do it, the easier it gets. So don’t sweat it (too much). You’ve got this.