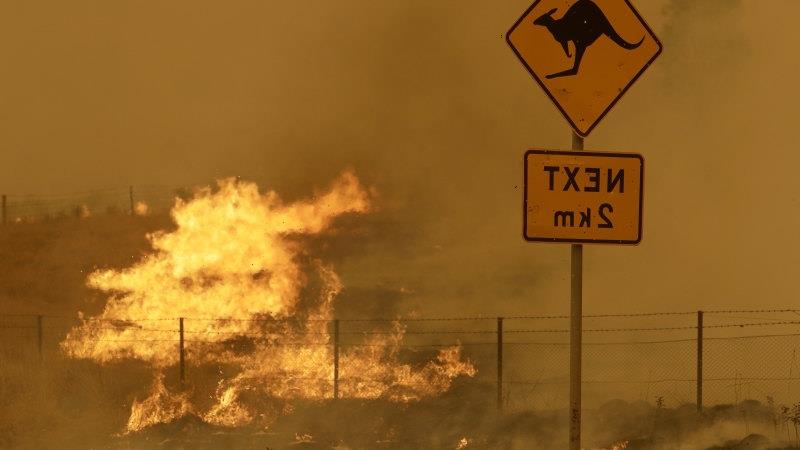 A week from now I’ll be heading to Glasgow for what may be the most important global gathering of our lifetimes. As we count down the days to the 26th Conference of the Parties to the UN Framework Convention on Climate Change (COP26), I feel buoyed by the unprecedented surge in global action leading into this monumental event, but also daunted by the scale of the task still ahead. Most of all, I feel determined to help ensure Australia rises to the moment and plays its part in delivering a successful outcome.

If we’re to take just one message from the latest report from the Intergovernmental Panel on Climate Change, it’s that climate pollution needs to plummet this decade. Period. 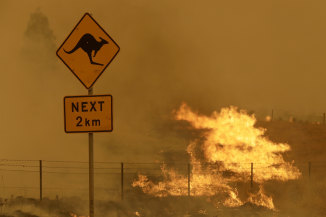 Once again, Australia is the holdout among developed nations when it comes to commitments on emissions.Credit:AP

For all those watching our unfolding climate crisis and the world’s efforts to respond, the past two years have been remarkable. We have seen the brute realities of a warming planet manifest faster than most scientists ever imagined. We have entered a new age of megafires, deadly heatwaves, monster storms and catastrophic floods. From Townsville to Tuvalu, New York to New Delhi, almost no community has been left untouched. And from the Great Barrier Reef to the grasslands of Tibet, the impact on the world’s critical ecosystems, to which our own lives and security are inextricably tied, has been both heartbreaking and alarming.

At the same time, if you were to have told me a year ago that we’d be approaching COP26 with all the world’s big developed nations having committed to halve their emissions this decade, and with more than two-thirds of the world having called time on fossil fuels through commitments to net zero by mid-century, I would have been stunned. Believe it or not, that is where we find ourselves. Unfortunately, Australia is not on that list of countries stepping up ahead of COP26.

Is it yet enough? Not by far. We need to do more and urgently. Even with these new commitments, the world is on track to a devastating 2.7 degrees of warming – an amount that the science tells us is almost certainly incompatible with well-functioning human societies. But it is momentum. And if COP26 succeeds in building on it and emboldens countries to step up their actions through the 2020s, we may yet secure a future in which young people today, and their children and grandchildren, can not only survive but thrive.

Ten days out from COP26, the Climate Council has released a report that reveals Australia is in fact the worst climate performer of all developed countries when looking at both our track record and our commitments. Dead last, in the most important race humanity has ever faced.

Make no mistake, Australia is a carbon giant. Accounting for emissions produced here and those resulting from Australian fossil fuel exports, we are the fifth biggest source of climate pollution worldwide, behind only the US, EU, China and Russia, despite having only a fraction of the population. We are a huge contributor to this global crisis.

Too many of our leaders have been quick to downplay Australia’s potential to help tackle the global climate crisis. But after 20 years of following international climate negotiations, and as a veteran of five UN climate conferences, I’ve learned we should never underestimate Australia’s power to influence the course of global climate action – either for better or worse.

I remember vividly the moment in Bali, at COP13 in 2007, when Australia finally ratified the Kyoto Protocol. The relief from our international peers was palpable. For so long a drag on progress, Australia had finally come to the party and countries could start moving together.

As we head to Glasgow, Australia is again acting like a handbrake. We are now the only one among our peers yet to substantially strengthen its 2030 emissions reductions target. We have no meaningful national plan to drive down our emissions and unlock our renewable energy potential, and we are continuing to approve and even fund new fossil fuel developments. Once again, we are the holdout, in the company of just a handful of recalcitrant nations including Saudi Arabia and Russia. Once again, the right choices from Australia will have an outsized positive influence, emboldening others to lift their game even further.

What makes Australia unique is our extraordinary untapped potential for climate solutions, and with it our potential to thrive as the world moves beyond fossil fuels. We are one of the sunniest and windiest countries on the planet, with scope to produce renewable energy that far exceeds our domestic needs. We could be a titan of the new clean economy, catalysing climate action far beyond our shores. Our choices matter.

We know what needs to happen in Glasgow, and we know what Australia must do to help achieve it. Net zero by 2050 is last year’s story. Almost all our traditional allies and major trading partners ticked that off long ago and have now set their sights on 2030. It is the scale and pace of action through the 2020s that matters, and by which Glasgow’s success or failure will be measured.

For our climate pollution to plummet this decade and to do our fair share, the science demands that Australia reduce its emissions by 75 per cent below 2005 levels by 2030 and achieve net zero by 2035. As a first step, Australia must at least match the updated commitments from our allies, and pledge before Glasgow to at least halve our emissions below 2005 levels by 2030. Any less leaves us trailing the world, forgoing the economic opportunities of the global energy transition, and risking a future of increasing dangers and hardships for communities everywhere.

Few countries will be under greater scrutiny in Glasgow than Australia. For months now, our friends from the US to Britain to the Pacific have been urging us to pick up our game. The deadline has come. The moment demands all countries, including Australia, come to the table with the most ambitious commitments and actions for the coming years they can muster. It’s time for Australia to think beyond doing its bit, and start doing its very best.

Most Viewed in Environment