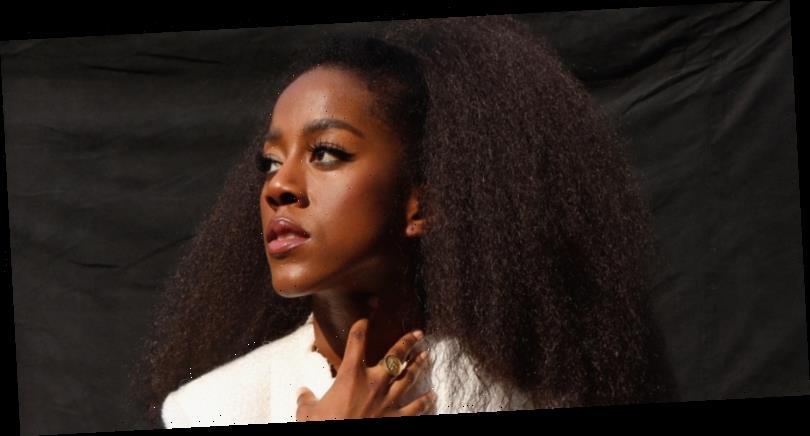 Photographed by Tomi Adeyemi. Chanel jacket and shorts; her own rings.

For our annual “The Originals” portfolio, we asked creatives—pioneers in the fields of art, design, fashion, comedy, activism and more—to share their insights on staying true to themselves and pushing the creative envelope in a chaotic year. Read all the Q+As from this year’s group here.

Two years ago, Children of Blood and Bone, your coming-of-age fantasy novel rooted in West African mythology and the first novel in the Legacy of Orisha trilogy, debuted and instantly became a best-seller. After finishing up the press tour for the second book, Children of Virtue and Vengeance, you’ve also spent this year working on the third installment of the trilogy and adapting the first two books into films. What was it about the young adult fiction genre that called upon you to tell these stories?

I’ve always felt close to this genre, because it’s really emotional in a way that adult books aren’t. Adult books always feel to me like they’re told from a distance, which means I really never get into them. The characters in YA books let you into their hearts. You care about them, you care about what they’re feeling, what they’re struggling with. I’ve been working on a lot of things this year; I always have a big master plan. When it comes to the book and the series, I wrote books one and two at a very accelerated pace, and that always left an unpleasant taste in my mouth. You want to feel that you got to do everything you possibly could with a piece of art. When I’m done with something, I’m done with it. My stories are like my exes—we dated, it was passionate, it was fun, I’m over it.

I’ve noticed in a lot of interviews and reviews of your work, people focus on your age and how young you were when you first published Children of Blood and Bone and how young you are now, at 27. Does it bother you when people make a big deal out of your age?

I don’t really care. Also, the people who know me in my personal life are like, “You’re an 80-year-old woman.” And I’ve always been an 80-year-old woman. I think a lot of it comes from the fact that when my mom was 17, she lost her mother. I never went through life with the sense that we have all the time in the world and that everything is guaranteed and that it’s all going to be okay. I live very ruthlessly. I live with a sense of urgency.

In Time, John Boyega wrote about your being the “god of ideas,” saying, “She’s inspiring a lot of young people to write. She creates the very world that we as actors get to play in.” The idea of other people learning to write, or wanting to learn to write, because they’ve read something that you’ve written—do you carry that with you when you’re working?

I get a lot of DMs and e-mails saying, “Hey, can you mentor me?” I’m not actually the one who decides if I mentor you. You’re the one who decides if you study what I’m doing and take lessons from it. I have so many mentors to whom I’ve never spoken a word; I have mentors who are dead. I can Google Maya Angelou’s saying, “Do the best you can until you know better. Then, when you know better, do better.” Cool, thanks, Maya. That’s a mentor. I can always tell when someone is a writer or a creator who believes in their dreams, because they don’t come to me with the “Can you mentor me?” They come to me with a specific question, and I’m like, good, that means you believe in yourself, you’re already studying your craft, you’re already making plans for the future. Now, that’s something for me to help you with. I think it mostly comes from believing you have what it takes and remembering that anyone who’s doing anything you admire started alone in their bedroom. So if you’re alone in your bedroom, you’re already on the right track.

You’ve also been working on the film adaptation of Children of Blood and Bone. What are some of the unique challenges—and fun parts—of re-creating a book for the screen?

The collaboration. That could be the scariest part of the process if you don’t feel good about your collaborators, or it could be the most exciting part if you do feel good about your collaborators. I’m working with such creative people, even people I’ve met who were originally fans. Seeing my imagination come to fruition through other people’s lives has been really exciting. The other thing I really value about our team is that there is passion and patience. Good things take time. We all watched Homecoming, and that took Beyoncé eight months, and we are not on Beyoncé’s level. I’m always fine if I feel that we have a shared value system and the desire to create something great, something meaningful, something powerful.

In Children of Virtue & Vengeance, which picks up where Children of Blood & Bone ends, there’s magic, but there’s also a lot of darkness and war. Why did you decide to go there with the material?

I was in a dark place!  [Laughs.] I will probably always be pessimistic about the world, but I’m in a place where I’m optimistic about life. I’m optimistic about our ability to improve our lives. It’s not easy. It takes a lot of concentration, a lot of grit, a lot of looking in the mirror. There’s a lot of brutal—brutal is not the right word, but I think that level of honesty would be categorized as brutal to most people—honesty. Looking at your life and saying what’s working and what’s not, and making the changes. Doing that work for like a year, I’m at a place where I’m like, okay, the world is not good, but my world isn’t falling apart anymore. My world was on fire when I wrote book two, and that’s probably what a lot of people get in the emotion of it, in the darkness of it. Being in such a bad place personally while the world was in such a good place, and then coming to this year and being in such a good place personally while the world is literally in flames, I think it has just made me even more okay, focus on what you can do and when you can do it. I write every book like it’s my last because for all I know it is my last.