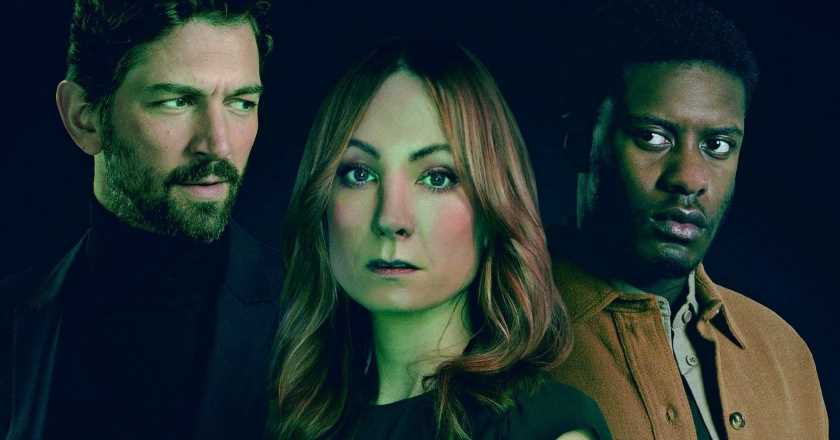 From Angela Black to Scenes From A Marriage, these are the big new TV shows everyone is going to be talking about this autumn.

Autumn is upon us, and it brings with it a new golden age of TV. And, quite frankly, we can’t wait to snuggle up on the sofa under a cosy blanket – ideally with a box of chocolates balanced on our laps – and get stuck into the bevy of addictive dramas, horrors, comedies, and thrillers on the horizon.

From returning favourites like Succession and Insecure to must-watch new shows like Angela Black, Landscapers and Scenes From A Marriage there is so much to get invested in.

With that in mind, then, here is everything we recommend watching this autumn.

Netflix in October 2021: the best new films and TV shows streaming this autumn

The Spanish heist drama that has gripped many for its five series is unfortunately coming to an end soon. Splitting the final season into two parts, Netflix has just announced that Money Heist Part 5: Volume 2 will be hitting the streaming platform on 3 December, alongside its suspenseful official trailer.

The series follows a criminal mastermind and his group of recruits as they pull off some of the biggest heists in recorded history. Without giving too much away, the interpersonal stories, edge-of-your-seat twists and tension will have you lapping up all five seasons in no time.

Dear White People’s final chapter is taking a bit of a different form, since it’s the show’s first-ever musical season. And creator Justin Simien has promised that “virtue signalling” will be the prevailing theme.

“The myth of meritocracy, which sounds so highfalutin, but this idea that we can sort of put up an Instagram post, to support Black lives and then sort of like wipe our hands and we’re done,” he explains to Deadline. “Or the sort of false equivalent of a Black person getting an opportunity because suddenly the world is invested in Black lives and they think that they’ve done enough. You know what happens next? You know capitalism is still here and alive and well. Racism and the patriarchy and all kinds of horrible things live on in every institution, including capitalism.

“So, what happens to a Black life after it’s been declared that it mattered was really the question of this season before we realised how urgent that question needed to be asked.”

The arrival of a mysterious priest (Hamish Linklater) shocks a local community in Midnight Mass.

From the creators of The Haunting Of Hill House, Midnight Mass sees a charismatic priest unexpectedly arrive in a dying island town – leaving miracles, mysteries and renewed religious fervour in his wake.

According to Apple TV’s synopsis, ambitious sci-fi drama Foundation “chronicles a band of exiles on their monumental journey to save humanity and rebuild civilisation amid the fall of the Galactic Empire.”

Starring Line Of Duty’s Anna Maxwell Martin, the incredibly tense Hollington Drive starts off simply enough, as the families of two sisters come together at a summer BBQ. It’s the sort of chilled out evening where it seems absolutely nothing could go wrong… until it does. Spectacularly.

From the creator of The Killing comes The Chestnut Man, a thrilling Nordic noir about a series of brutal murders in a quiet suburb of Copenhagen.

Maid promises to be every bit as uplifting as it is thought-provoking.

Inspired by true events, Maid follows the story of Alex, a young mother who, after fleeing an abusive relationship, is forced to become a cleaner in order to support herself and her young daughter. In the process, she becomes a “nameless ghost” to her upper-middle class clients, many of whom do not know her from any other cleaner, but who she learns plenty about.

“Inspired by the struggle of the 62 Group, a coalition of Jewish men who stood up against rising neo-Nazism in post-war Britain, Ridley Road sees Vivien leaving her comfortable life in Manchester and starting to work with them,” explains the BBC’s official synopsis.

“When she realises that Jack, her missing boyfriend (played by Tom Varey) has been badly injured, Vivien infiltrates the NSM, a neo-Nazi movement which is becoming increasingly prominent in London.

“And, as Vivien descends further into the fascist organisation, both her courage and loyalties are challenged.”

Release date: 3 October via BBC One

The eponymous Angela Black wants everyone to believe that she’s living a completely happy life in suburban London. The reality, though, is that she’s a victim of domestic abuse and trapped in a marriage she can’t escape.

When she is unexpectedly approached by a private investigator, who shares some of her husband’s most sinister secrets, Angela is faced with a choice: continue to suffer at her violent spouse’s hands, or fight for her freedom. But can she really trust the word of that mysterious detective?

Scenes From A Marriage

Scenes From A Marriage is expected to air this autumn.

In Scenes From A Marriage, Jessica Chastain and Oscar Isaac play a couple trapped in a sadly disintegrating relationship. And, in the process, it aims to “re-examine [our perception] of love, hatred, desire, monogamy, marriage and divorce through the lens of a contemporary American couple.”

In the third season of You, Penn Badgley’s Joe is tackling fatherhood as he is forced to leave and settle in a new town called Bainbridge. There, he meets and falls in love with a new woman called Mary Kay DiMarco. And, based on his romantic (read: obsessive and murderous) history so far, it’s safe to assume that things don’t go smoothly…

I Know What You Did Last Summer

Just like the OG movie, Amazon Prime’s I Know What You Did Last Summer sees a group of teenagers stalked by a mysterious killer just one year after a fatal accident on the night of their graduation. Who will make it out alive, we wonder…

New on Netflix: 41 truly brilliant films are coming to the streaming platform this autumn

Five-star reviews for the third season of Succession are already coming in thick and fast, and the show is expected to pick up exactly where things were left, in the moments following Kendall’s televised statement.

As HBO tells us: “Ambushed by his rebellious son Kendall at the end of season two, Logan Roy begins season three in a perilous position. Scrambling to secure familial, political, and financial alliances, tensions rise as a bitter corporate battle threatens to turn into a family civil war.”

Invasion is set across multiple continents and follows an alien invasion through multiple perspectives around the world.

Showtrial tells the story of a high-profile court case that sees a privileged young woman called Talitha Campbell charged with conspiracy to commit murder. But, as she leans on duty solicitor Cleo Roberts, the pair find themselves going up against a lawyer who aims to weaponise Talitha’s gender and social privilege.

Release date: 31 October via BBC One

Watch the teaser for yourself below:

The Emmy-nominated brainchild of Issa Rae, Insecure is returning for its fifth and final season this autumn, and it aims to pick things up where season four left off: with Issa and Molly picking up the frayed ends of their friendship and doing their best to put them back together, before it’s too late.

Colin In Black And White

Colin in Black & White is coming to Netflix this October.

Created by NFL quarterback Colin Kaepernick and filmmaker Ava DuVernay, Colin In Black & White tackles the obstacles of race, class and culture as the Black adopted child of a white family in Central California.

The Girl Before tells the story of Jane, who gets the chance to move into a beautiful, ultra-minimalist house designed by an enigmatic architect. There’s just one catch: occupants have to abide by his list of exacting rules. Jane starts to feel the house changing her in unexpected ways, but when she makes the shocking discovery about her predecessor, she’s forced to confront unnerving similarities. As the two women’s timelines interweave, Jane begins to question if her fate will be the same as the girl before…

Release date: TBC via BBC One

The Shrink Next Door

Based on real-life events, The Shrink Next Door explores what happens when Dr Isaac “Ike” Herschkopf used his position of power to manipulate his patient, Marty Markowitz, and take over his life, isolating him from everyone else he holds dear.

Olivia Colman’s new true crime drama, Landscapers, brings us the story of mild-mannered Susan Wycherley and her husband, and asks us how they came to kill Susan’s parents and bury them in the back garden of their Mansfield home.

The 13th Doctor will be returning for a 13th season this autumn, and the BBC has promised that it will be her “biggest adventure yet.”

Release date: 31 October via BBC One

The Beatles: Get Back

This three-part documentary series – directed and produced by Peter Jackson, no less – takes audiences back in time to the Beatles’s intimate recording sessions for their 1970 album, Let It Be.

Based on Post Mortem, the first in Kate London’s Metropolitan series of novels, this crime drama begins as a veteran cop and a teenage girl fall to their deaths from a tower block in south-east London. Cue detective Sarah Collins stepping in to uncover the truth behind the grisly deaths – and track down the lone missing survivor, too.