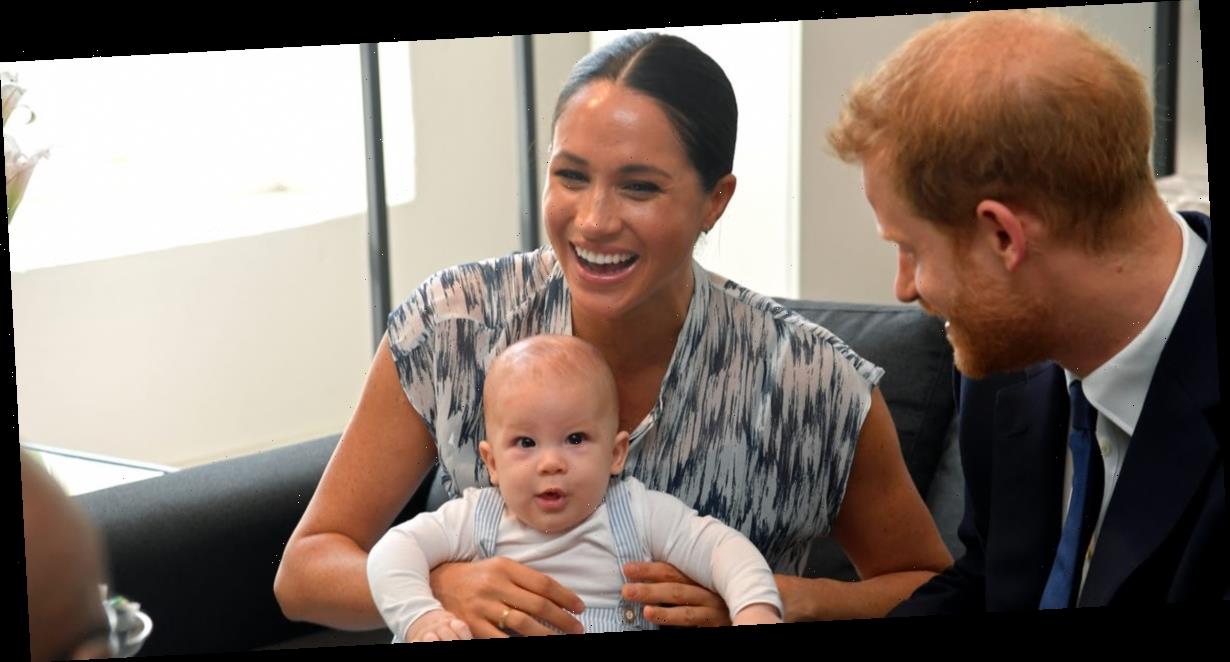 Baby Archie, the 10-month-old son of Meghan Markle and Prince Harry, has reportedly started to give walking a try.

Markle revealed the update about Archie at a school visit in light of International Women's Day, where she spoke with Geraldine Dear, one of the original Dagenham Girls — a group of women who worked at a Ford factory in the 1960s and went on strike for equal pay.

50 years ago, women in Britain won the right to equal pay. That monumental moment began with one courageous and inspiring group of women in a factory in Dagenham, England. In 1968, facing a pay settlement that declared them less skilled than men, the sewing machinists of the Ford Motor Company walked out on strike. In the face of great pressure, they stood firm, and two years later the UK Parliament was forced to pass the Equal Pay Act, protecting and supporting working women ever since. To mark International Women’s Day, The Duchess of Sussex visited Dagenham to meet with Geraldine Dear, one of the strikers, and spend time with students at the Robert Clack Upper School to meet the town’s next generation of female role models, and talk to young women and men about the women who inspire them. • “Being in Dagenham is incredibly profound. Because as you can see with Geraldine and the other women who had the strength to really stand up for something that they knew needed to be done. This is the best example of no matter how small you might feel, how low you may feel on the ladder or the totem pole, no matter what colour you are, no matter what gender you are, you have a voice, and you certainly have the right to speak up for what is right.” – The Duchess of Sussex A lifetime advocate and campaigner for gender equity, The Duchess joined a special assembly to celebrate this remarkable local story, as well as recognise the social, economic, cultural and political achievements of all women around the world. #InternationalWomensDay #IWD2020 #EachForEqual Photo © The Duke and Duchess of Sussex / Chris Allerton

Dear told the Daily Mail that she asked Markle about Archie.

"I just had to ask her about the baby," Dear said of her encounter with Markle. "She said to me, 'He's exactly ten months today and he's started trying to walk.'"

Archie, whose full name is Archie Harrison Mountbatten-Windsor, was born on May 6, 2019.

Prince Harry and Meghan Markle have spent the past week in the UK making their final official event appearances as working members of the royal family before transitioning out of royal duties on March 31. Archie is said to have stayed behind in Canada with the family's nanny, the Daily Mail reported.

Starting April 1, Prince Harry and Meghan Markle will no longer officially represent the royal family or the Queen. They'll drop their HRH (His/Her Royal Highness) titles and plan to split their time between North America and the UK.

While the Sussex Royal website states that the couple will still require security for themselves and Archie once they resign from royal life, they're unlikely to have the same level of privacy that they enjoy as official members of the royal family.

Representatives for the Duke and Duchess of Sussex did not immediately respond to Insider's request for comment.