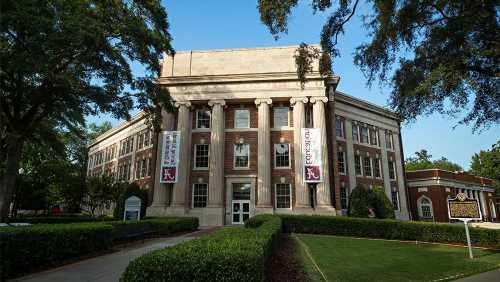 The viral TikTok sensation that is “Bama Rush,” a.k.a. sorority recruitment week at the University of Alabama, is getting the documentary treatment from Vice Studios and HBO Max, Variety has confirmed.

Directed by “Introducing, Selma Blair” director Rachel Fleit, the documentary is currently in production in Tuscaloosa, where “rush week” at the University of Alabama has recently concluded with more than 2,500 students rushing 19 sororities.

“This film is a thoughtful and compassionate portrayal of young women in 2022 as they rush the sorority system at the University of Alabama,” Fleit said in a statement via Vice, which was first provided to The New York Times for an Aug. 12 story that confirmed the doc is filming.

A representative for Vice Studios told the Times that “hidden microphones” are not involved in the production, following rumors that surfaced on TikTok about sorority candidates that have been caught with concealed recording devices during 2022 recruitment.

“The university is aware of reports that outside parties have facilitated unauthorized recordings of our students involved in Panhellenic recruitment,” Shane Dorrill, an assistant director of communications at the University of Alabama, wrote in an email to the Times. “The university has not authorized any third-party entity to film, record or document any recruitment activities and does not allow media inside occupied buildings such as residence halls and sorority houses.”

Per the Times, the documentary has allegedly been in the works at Vice since “Bama Rush” first became popular on TikTok during the 2021 recruitment season. One recent graduate of the University of Alabama, who was a member of its Alpha Phi sorority, told the Times she was approached last November via Instagram by a person who claimed to be a Vice Studios producer about being part of a film set up at HBO Max, but she ultimately declined the offer.

Sources tell Variety the doc that is currently in production is being produced for HBO Max.