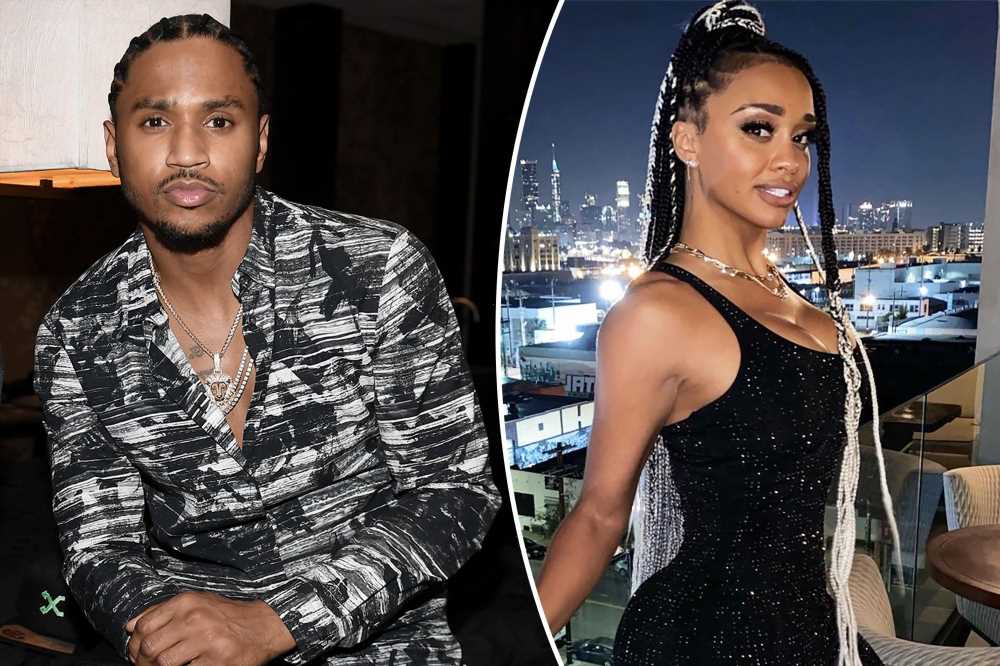 According to Daily Beast, the alleged rape occurred nine years ago.

“With what seems like endlessly reoccurring news of the alleged sexual assaults committed by Trey Songz, I am forced to repeatedly relive in my mind, and suffer anew, the long-suppressed horror and unbearable PTSD of my rape by his very hands at a well known Las Vegas hotel,” Gonzalez claimed on social media on Tuesday.

Gonzalez, 27, has hired attorneys George Vrabeck and Ariel Mitchell, who told People they are in the process of formally filing the litigation.

Songz, 37, denied the accusations, with his rep telling TMZ, “Trey and his team are confident in the legal process and that there will be an abundance of exonerating information to come over the next few weeks.”

“I want to send my love, strength, and hope to all who are victims of sexual assault and its fatal nature. You are not alone,” Gonzalez’s statement continued.

“I stand with you and encourage all those who have suffered abuse to speak out and come forward. Suppression of our voices only emboldens our oppressors, and you cannot heal what you do not reveal.” 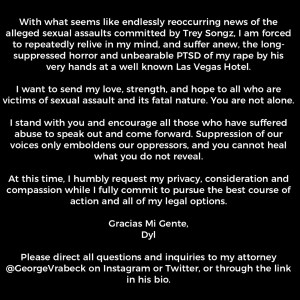 Gonzalez concluded her statement asking for privacy and kindness from the public.

“At this time, I humbly request my privacy, consideration and compassion while I fully commit to pursue the best course of action and all of my legal options.” 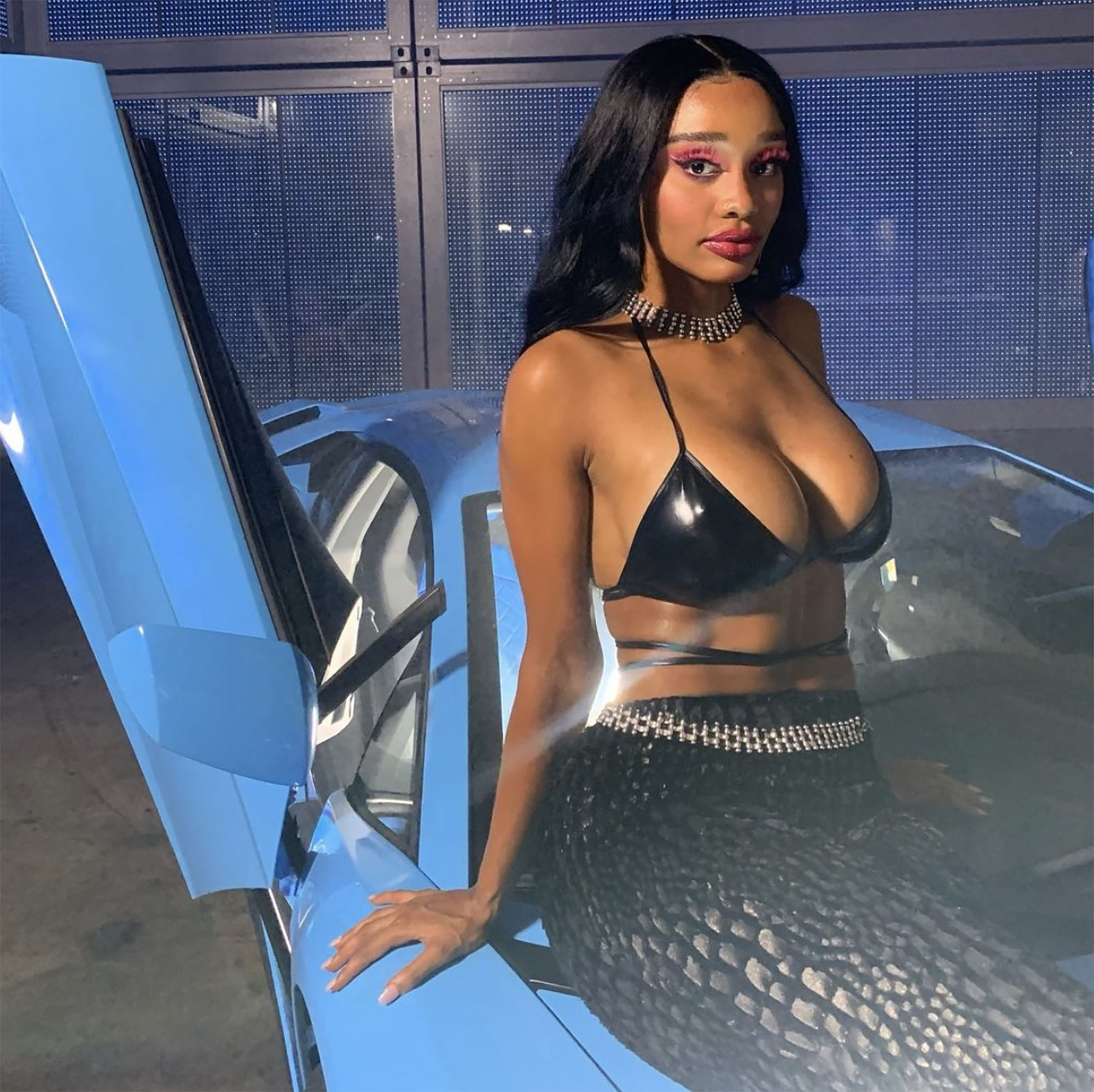 A rep for Songz did not immediately return our request for comment.

In November 2021, Page Six confirmed that Songz, whose real name is Tremaine Neverson, was involved in an investigation into a separate sexual assault that allegedly occurred in Las Vegas on the singer’s 37th birthday.

A rep for the Las Vegas Metropolitan Police Department told us at the time that they received “a report of a sexual assault incident alleged to have occurred at a hotel in the 3700 block of South Las Vegas Boulevard,” which matched the address of the Cosmopolitan Hotel.

The rep told Page Six Neverson was “cooperating with the investigation.” 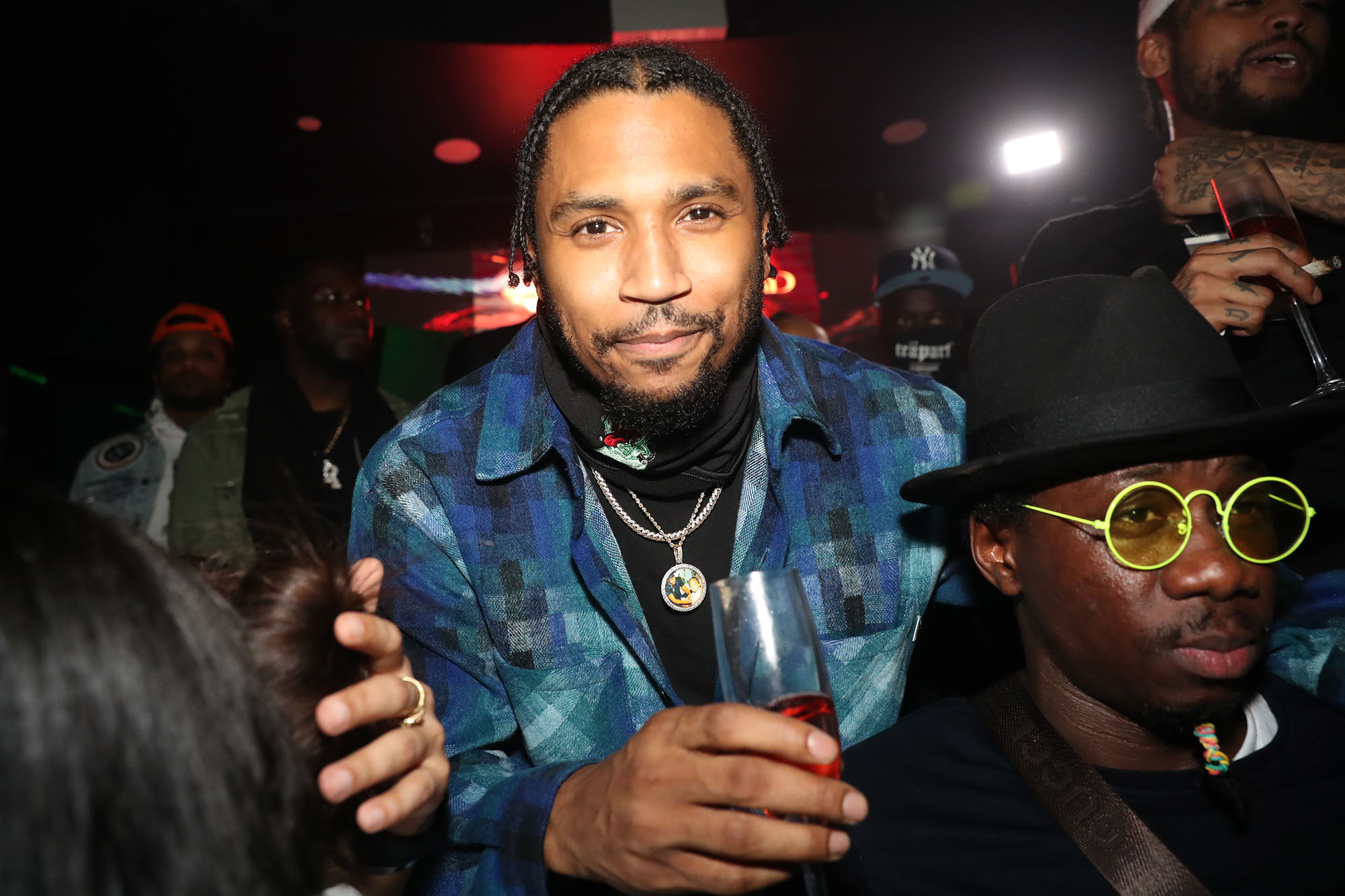 Gonzalez’s legal team also represent Jahaura Jeffries, who filed a $20 million lawsuit last month after accusing the singer of sexually assaulting her at a nightclub in Miami in 2018.

In August 2020, the “Slow Motion” singer denied a sexual misconduct allegation surfaced by social media influencer Celina Powell’s friend Aliza. Aliza claimed that he kidnapped her and urinated on her in a hotel bathroom.

“I usually stay quiet on this but I feel that in many ways the movement to fight for the women who actually have suffered harassment and abuse on various levels, has been hijacked by those who find it convenient for themselves to come up as they seek to destroy someone’s life,” he said at the time. “I brush it off everytime but once you have an allegation no matter it’s true weight in validation, it’s now happened once and to some will be believable from that moment forward. None of that happened.”