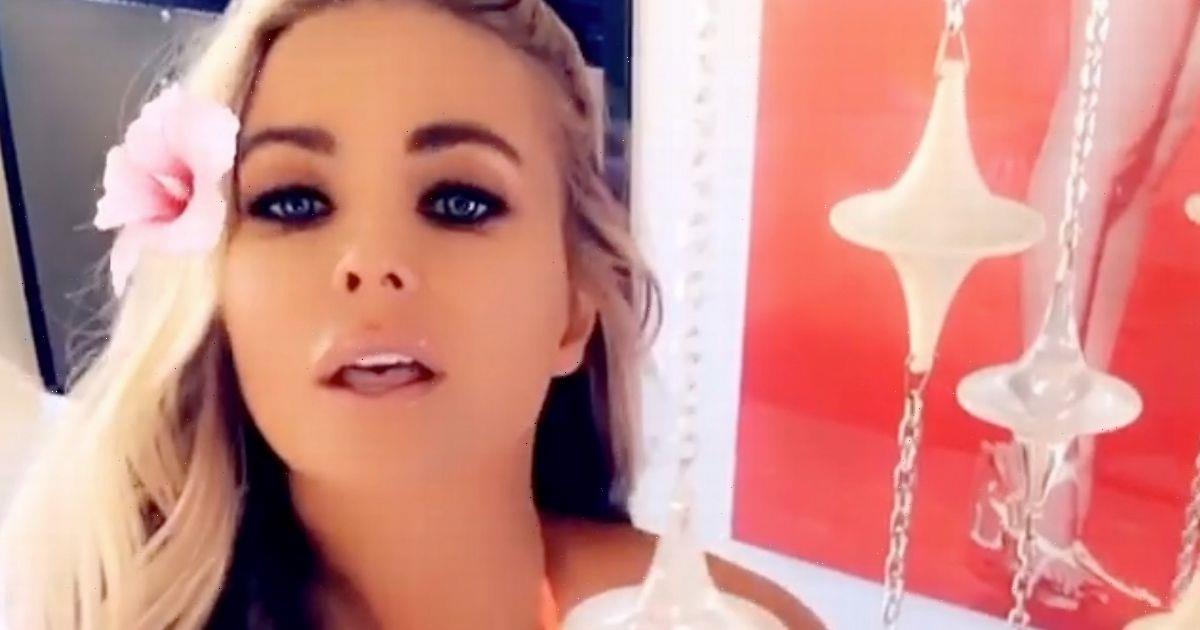 The former Baywatch babe sparkled in a tangerine orange two-piece that left her hordes of Instagram fans reaching for a glass of cold water.

Carmen’s breath-taking shots certainly went down a treat with her 1.3million admirers, as she penned: "Tangerine bikini," with an orange emoji for good measure.

A whopping 96,400 fans liked her short video which showed the Hollywood star pouting at the camera and flaunting her fantastic figure and enviable assets.

Carmen wriggled for the camera and showed off her pert bum, much to the delight of her hot-under-the-collar fans.

Whilst a second dribbled: “Smokin’ hot,” with a string of fire emojis.

“Gorgeous as ever,” added a third.

And the compliments kept coming as the 49-year-old model was showered with praise.

Carmen, who shot to fame as one of the famous US lifeguards on the hit show back in the late 1990s, has been chilling out at the Leisure Land resort in Palm Springs.

And earlier this week the movie star looked as if she didn’t have a care in the world as she happily lounged on an inflatable lilo in the pool.

Carmen looked stunning as she showed off her toned abs and endless legs on the yellow lilo, whilst also sporting a pair of designer shades as she relaxed.

“Thanks 2 my friends and fam,” wrote Carmen, clearly enjoying her chilled birthday break.

Carmen was famously married to NBA basketball star Dennis Rodman, but he filed for an annulment just nine days later, claiming he was of “unsound mind” when the celeb couple wed.

The couple reconciled and lasted a further four months before splitting.

And speaking about her wild times with Rodman, Carmen revealed: “I have no regrets at all.

“I saw all these different sides of Dennis,” she told The Times. “He would always say, ‘No one understands me. No one gets me’.

“He was very emotional at times, but on the court, he was a savage.”