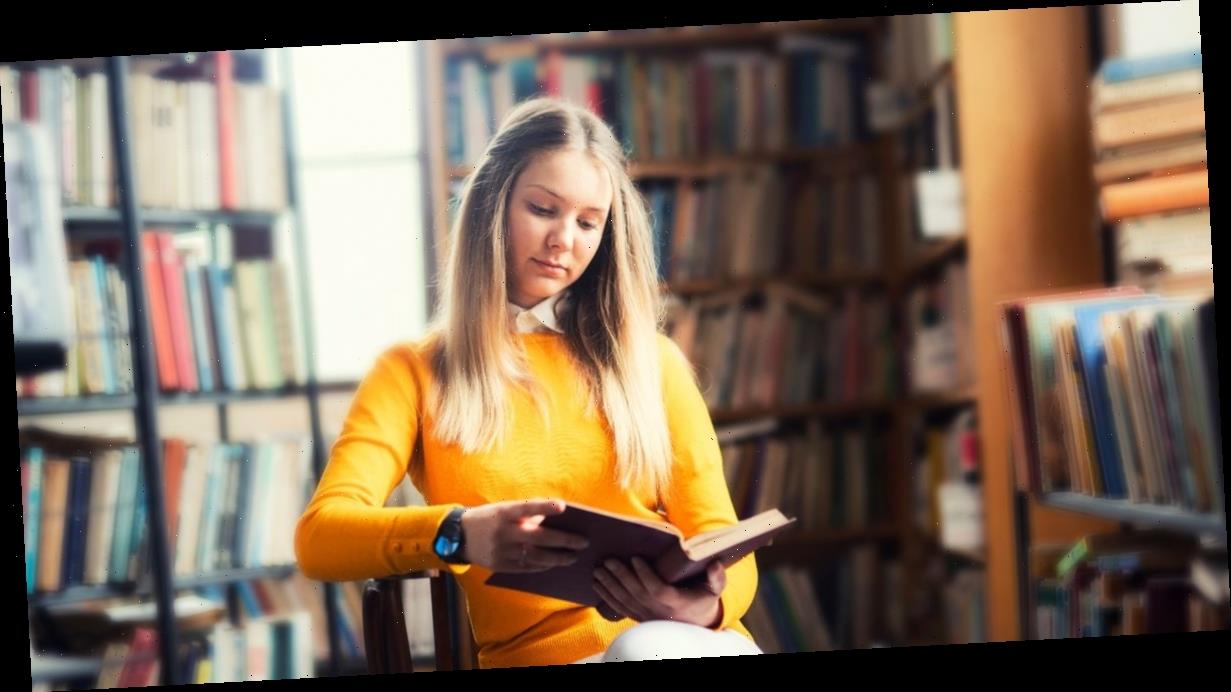 Bookish Brits looking for their next mini break are in luck – Britain is filled with amazing literary locations, and we're not just talking about its most incredible libraries.

After all, there's a reason that we boast some of the world's most famous authors from William Shakespeare and Charles Dickens to Jane Austen and Beatrix Potter.

If you want to immerse yourself in the UK's literary world, there are plenty of places you can visit.

Bookworms after a literary-themed break will be spoiled for choice – so to help you narrow it down, we've picked out our favourite ones.

Head to Bath in September for the Jane Austen festival, which offers everything from writing workshops and dramatic readings to city tours and dancers, as well as heaps of talks on the world-famous author.

A particular highlight is the Grand Regency Costumed Charity Parade where fans dress up in their best Jane Austen outfits.

Meanwhile, the city itself offers up heaps of brilliant attractions from the iconic Roman Baths to its picturesque buildings – no wonder the city is a UNESCO World Heritage Site.

If you're looking to make a weekend break of it, Lastminute.com has cheap Bath hotels from £53 a night.

Looking for more? We've put together a guide to the best Jane Austen-themed breaks worth being on your radar.

This small Welsh town is known for its impressive number of bookshops. In fact, the town boasts over 20 bookshops with everything from second hand books to stores dedicated to specialist subjects.

In fact, even the Hay Castle's walls are lined with fully stocked bookshelves!

(A word of caution for book lovers – you may want to bring an extra bag along for all of the new books you're bound to be tempted by!).

The town itself is pretty small – in fact, it's possible to walk round the circumference in about 20 minutes, so it's often more of a day out destination than a mini break.

Still, every year it hosts the Hay Festival often with appearances from famous authors, alongside writing workshops and fun events for the whole family.

If you do want to make a short break of it, the Hay on Wye website has a handy accommodation guide.

The English capital is filled with literary hotspots, from fascinating museums to iconic landmarks.

Catch a Shakespeare play at The Globe, discover ancient manuscripts at the British Library, or learn all about Charles Dickens at the dedicated museum. (For something a bit different, the Sherlock Museum is a must too!).

As for bookshops, the city has everything from large chains to independent second hand shops – Booksellers Row at Cecil Court is a particular highlight with its Victorian architecture and specialist bookshops.

Although London isn't known for being particularly budget-friendly, the good news is that there are cheap hotels in London to be found if you're thinking of a short city break. Beatrix Potter spent plenty of time in the Lake District, often visiting on holiday, so it's no surprise that there are heaps of spots you can visit to follow in her footsteps.

In fact, Visit Cumbria has a Beatrix Potter locations guide for fans who want to explore the sights and learn more about her fascinating life.

Bringing the kids along? Head to Bowness-on-Windermere where you'll find The World of Beatrix Potter Attraction which has heaps displays and fun activities based on the author's beloved works including Peter Rabbit.

It's not all about Beatrix Potter though – the Lake District also has strong links to iconic poet Wordsworth. Highlights include the Wordsworth House and Garden, as well as the author's home Dove Cottage.

Making a holiday of it? You may want to check out our round-up of the Lake District's best cheap hotels.

Edinburgh's International Book Festival is a must on any bookworm's bucket list, as the city transforms into a bookish haven with heaps of author appearances, readings and bookshop events.

Meanwhile, Harry Potter fans need to have Edinburgh on the list; after all, it's where J.K. Rowling created the beloved Wizarding World.

Victoria Street has a very Diagon Alley-esque feel and boasts some quirky shops, including Harry Potter themed boutiques, while there are plenty of Harry Potter inspired walking tours of the city that are a fun way of getting some sightseeing done too. (We've got an Edinburgh city guide with tips on the best things to see if you're visiting for the first time).

If you're after a coffee stop, head to the Elephant Café – it's where J.K. Rowling originally wrote her Harry Potter novels, although towards the end of the series she headed to the swanky Balmoral Hotel. (Nowadays you can actually stay in the room where she wrote the final book).

On a budget? We've rounded up the best cheap hotels in Edinburgh to give you a helping hand.

William Shakespeare's hometown is sure to be a hit with both book lovers and history buffs.

Highlights include Shakespeare's Birthplace, Anne Hathaway's Cottage and Shakespeare's Schoolroom & Guildhall, all of which offer a fascinating glimpse into the Bard's life.

Amidst the sightseeing, leave time on the itinerary to wander through the picturesque town's cobbled streets and discover the beautiful architecture and charming local boutiques and restaurants.

Looking for evening entertainment? Head to the Swan Theatre to catch a play – they often have modern takes on Shakespearean classics too.

TripAdvisor has a handy round-up of cheap hotels in Stratford-upon-Avon with prices from £43 per night.

Thomas Hardy fans, Dorset needs to be on your radar. For a start it's home to Hardy's Cottage, a charming thatched cottage that served as the author's childhood home.

You can explore the historic rooms of the cottage to get a sense of what his life was like, while the attached visitor centre delves into more of his works and adulthood.

Oh, and on sunnier days, the nearby woods can make for a lovely scenic stroll.

If you're on a break with your kids, then the Isle of Purbeck is worth having on your radar – it provided heaps of inspiration for Enid Blyton as she wrote her Famous Five books. In fact, there's even an Enid Blyton trail you can follow to see the sights that inspired her stories.

If you're looking for more, Visit Dorset has rounded up some of the region's best literary locations that can be a great starting point.

For example, in Christ Church college you'll find plenty of links to Lewis Carroll, while Philip Pullman fans will already know that His Dark Materials is set in an Oxford that's parallel to the real one.

Oh, and for Wizarding World fans, the city offers up plenty of Harry Potter filming locations including spots which doubled up as Hogwarts.

There are plenty of literary themed tours if you want to do some sightseeing while learning about the history.