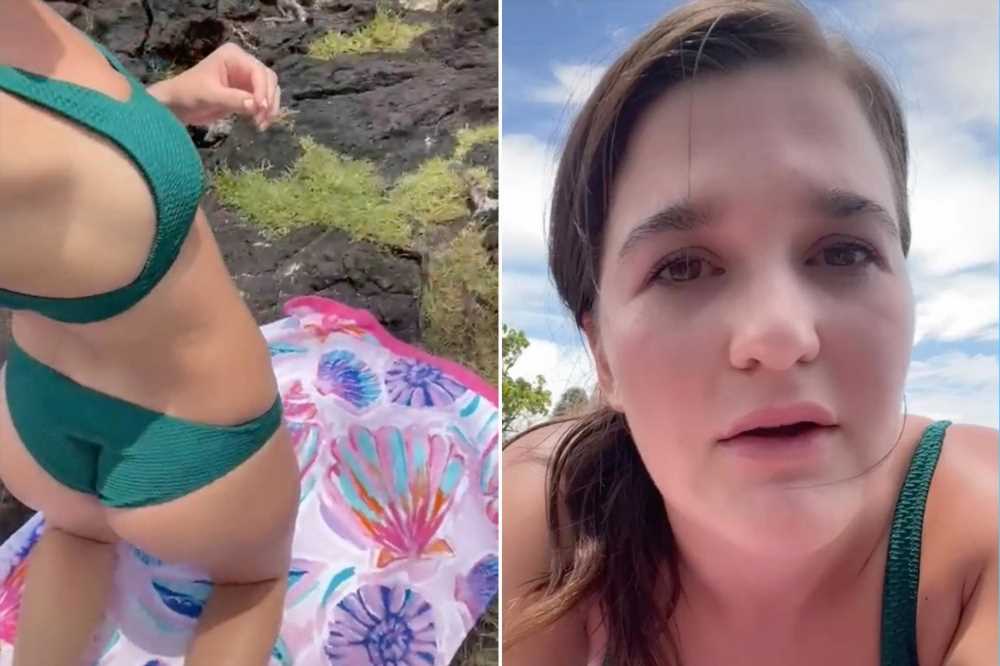 A Hawaii tourist claims she was pressured to leave the beach by a mom who told her that her bikini was inappropriate and “in the way” of her kids.

Savannah Sims said she was sunbathing in a two-piece green bathing suit on Hawaii’s Big Island when she had the “worst” encounter with a woman there with her boyfriend and children.

“I look up and she’s looking at me. So I asked if there’s an issue and she says she doesn’t want to be seeing my butt and lady parts,” Sims said in a video posted to TikTok.

Sims said she then asked her what the problem was with the bikini, to which the woman replied the issue was with her children nearby.

“She said that she wanted me to leave. I was in the way,” Sims said. “So I got up and left. And she said, ‘Mahalo’ and it ruined my day.”

Meanwhile, she said the woman was wearing a “straight thong bikini.”

“To call me out, and then take off your skirt and be rocking G string. Either you’re a hypocrite or it wasn’t about what I was wearing,” Sims said.

The video, which has been viewed nearly 1 million times, attracted a flood of comments defending Sims.

“You should have never left!! Nothing is wrong with what you have on and if she doesn’t want her kids/hubby to see the flesh STAY HOME!!!” wrote one user.

A local added, “We really just don’t like tourist [sic] but this is just wrong. As a local I am sorry because the local girls do the exact same.”