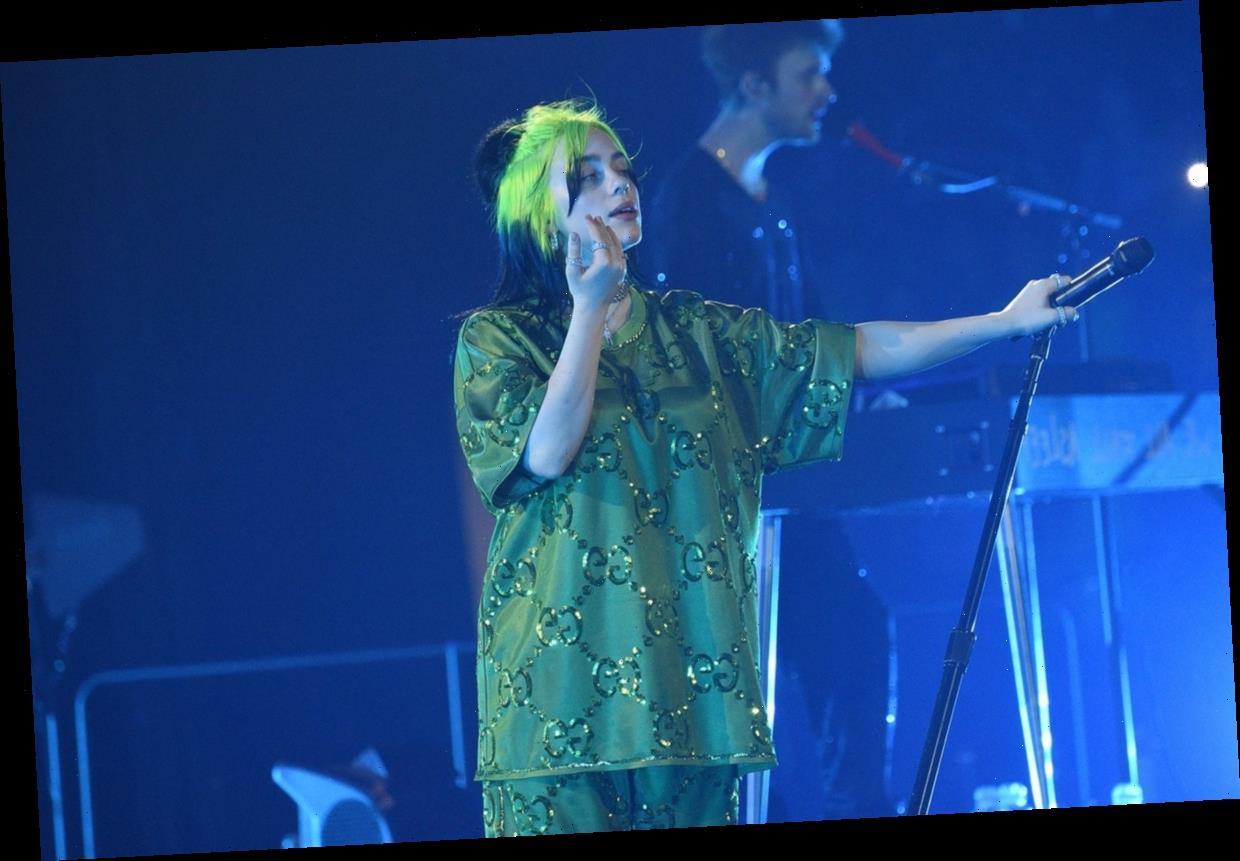 When Billie Eilish’s fame started to skyrocket, so did the unwarranted criticism of her choice to wear baggy attire, and the sadly inevitable objectification of her body quickly followed. Now, she has something to say about it. Billie Eilish stood up against body shaming on the opening night of her Where Do We Go? World Tour in Miami on Monday, March 9, and it’s evident that she’s not tolerating the hate.

Prior to performing her hit "all the good girls go to hell" during her show, a video interlude played on the screen.In the video, Eilish comments on the body shaming and objectification that she has been subjected to in her career and slowly sheds layers of clothing. “The body I was born with, is it not what you wanted?,” she asks in a voiceover, as reported by Rolling Stone. “If what I wear is comfortable, I am not a woman. If I shed the layers, I am a slut," she continues, addressing the double standard inherent in the criticism that her famously baggy wardrobe receives.

Eilish concludes the video on a strong note, making it clear that the public’s views of her body and choice of clothing is not her problem. "If I wear more, if I wear less, who decide what that makes me?," she asks. "Is my value based only on your perception? Or is your opinion of me not my responsibility?" Indeed, it’s not.

The singer has been forced to deal with body shaming since before she even turned 18, and this isn’t the first time that she’s spoken out about it. In a 2019 ad for Calvin Klein, Eilish explained that she wore baggy clothing in order to try to avoid theobjectification of her body. "Nobody can have an opinion because they haven’t seen what’s underneath," she said. "Nobody can be like, ‘she’s slim-thick,’ ‘she’s not slim-thick,’ ‘she’s got a flat ass,’ ‘she’s got a fat ass.’"

Now that she’s taking this body positive message on tour, Eilish is making sure that all of her fans really get the message.