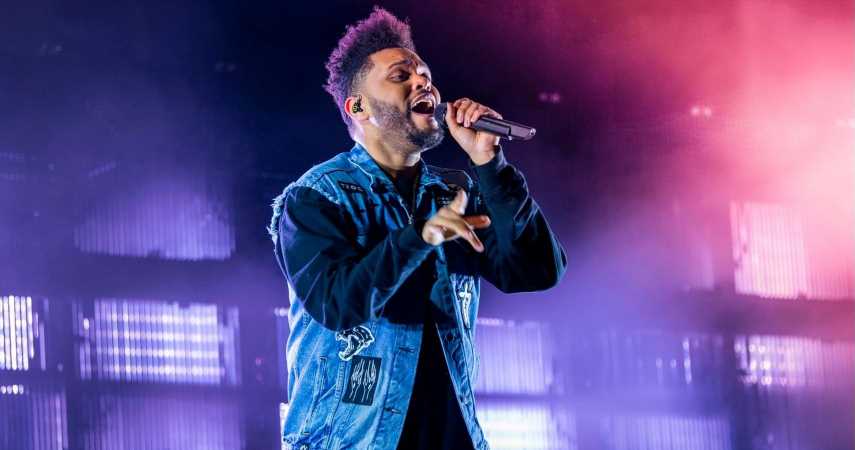 Abel Makkonen Tesfaye, or The Weeknd, grew up in Toronto, Canada, and had a tough time living there. With initial plans to get into the movies, he decided that music was his direct therapy and people enjoyed the tunes he made. With the help of a fellow Canadian artist Drake, The Weeknd found a small spotlight in the masses. While his initial mixtapes failed to make a big impact, he found popularity after releasing his first studio album Kiss Land with singles that debuted at the No. 2 spot. The Weeknd made collaborations with top artists such as Drake, Ed Sheeran, and Ariana Grande over the years, which helped boost his sales. His career took a flight after his second studio album, and then there was no looking back.

From painful laments about anxiety and loneliness to catchy music that talks about the blinding lights, The Weeknd is one of the most promising singers of his generation. With hit albums under his belt, let’s take a look at the four albums by The Weeknd that sold over a million copies.

Beauty Behind The Madness

Followed by his gritty debut album Kiss Land in 2013, which only made 500,000 sales, The Weeknd’s second album has a different story to tell. As noted by Billboard, a chart-busting album, Beauty Behind The Madness, was released in 2015 and went straight to the number 1 spot on the charts. His song Can’t Feel My Face became an instant hit and stayed at the Number 1 spot for more than ten weeks.

By August 2017, The Weeknd’s albums had garnered 3.7 million in album sales, and 1.5 million of the sales came from the traditional albums sold. A mixture of catchy and melancholic music, the album was an instant hit with hit singles such as Earned It, The Hills, and Dark Times featuring Ed Sheeran.

It was a quick climb to the Number 01 spot after The Weeknd released his first single from the album called Starboy. The third studio album is still one of the artist’s best-selling projects. The Weeknd dropped seven singles over fourteen months, and all of them were listed on the Billboard Hot 200 chart.

RELATED: 6 Taylor Swift Albums That Sold Over A Million Copies

As mentioned by The Things, the album has sold over 5 million copies worldwide, along with 5 billion streams of Spotify. This was The Weeknd’s career-defining albums after the release of Starboy. The follow-up single, I Feel It Coming, peaked on the Top 10 chart in four countries. His follow-up singles Reminder, Party Monster, Die For You, Rockin, and Secrets brought his additional 12 million in sales from the copies sold. The Weeknd had earned a whopping $92 million from his third studio album, which only encouraged him to get better with the next one.

The Weeknd shocked the world with the surprise release of his Extended Play in March 2018. The EP only featured six songs, and it was the shortest album to top the charts. It was the third consecutive album of The Weeknd to reach the number 1 spot on the Billboard. The album had over 169,000 sales within the first month, with the single, Call Out My Name peaking at the Number 06 spot on the Billboard Hot 100.

The EP received rave reviews from critics for the mixture of bleary tone and pop styling he had adopted from the previous two studio albums, as stated by Pitch Fork. The album reminded the tragic past of The Weeknd’s past relationship with its sad laments and tones. The other five songs on the EP were Try Me, Wasted Times, I Was Never There, Hurt You, and Privilege.

The biggest blockbuster from The Weeknd and his much anticipated fourth studio album, After Hours, was a mixture of head-bopping tunes and contemporary numbers. It was the most anticipated album of 2020, and the artist made no point to disappoint anyone. His first single Blinding Lights, from the album, became a smashing hit and debuted straight at the Number 01 spot after its release.

After Hours was one of the first albums to set a record for spending 88 weeks on the Billboard chart with the single Blinding Lights. As mentioned by Marca, the record was previously held by Imagine Dragons with their single Radioactive. The single had simmered down but gained momentum after the singer headlined the SuperBowl Halftime Show and sang his hit number.

The Weeknd’s After Hours was positioned at the fourth spot on the bestselling albums list for 2020, with 2.03 million copies sold worldwide. The album also managed to garner 221 million streams on Spotify after its release.

From creating sad laments through EP to creating chart smashing numbers that have only debuted at the number 01 spot, the 31-year old Canadian singer is just getting started. The singer recently released a remix of his hit song Save Your Tears with Ariana Grande and teased fans that his fifth studio album is close to completion by October 2021.

READ NEXT: The Belieber Army: Justin Bieber Albums That Sold Over 1 Million Copies