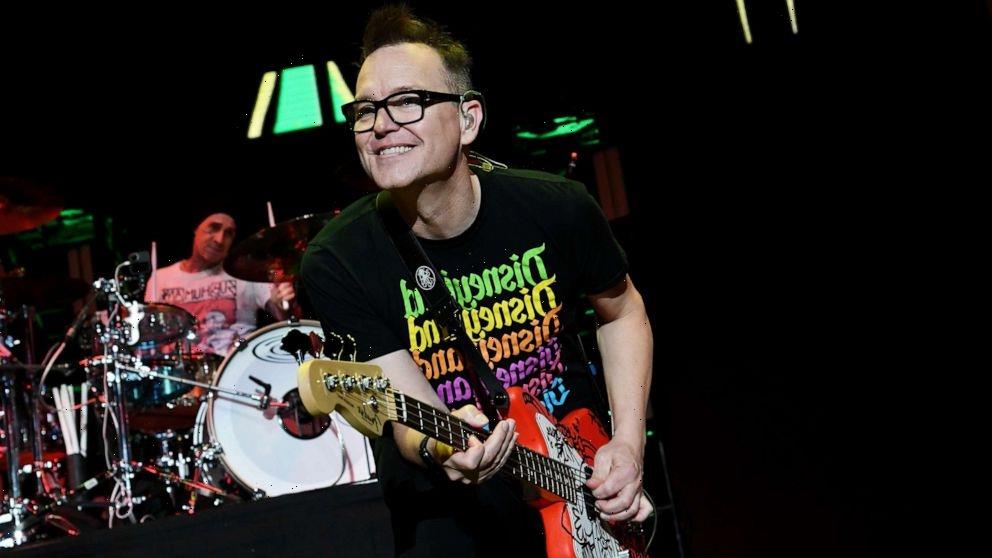 Mark Hoppus shared an encouraging update regarding his ongoing cancer battle, telling fans during a recent Q&A that the cancer he’s fighting is the same type his mother beat.

“The cancer isn’t bone-related, it’s blood-related,” he said. “My classification is diffuse large B-cell lymphoma Stage 4-A, which means, as I understand it, it’s entered four different parts of my body. It’s entered enough parts of my body that I’m stage 4, which I think is the highest that it goes. So, I’m stage 4-A.”

Hoppus remained upbeat and revealed he’s grown even closer to his mother because, a few years ago, she battled DLBCL and won.

“I’ve been able to talk with her and bond with her quite a bit. Oddly enough, we have the exact same form of cancer that she had. And she beat it,” he said, noting she is also a three-time cancer survivor. “Twice for breast cancer and one for the same cancer that I have.”

Hoppus, who first revealed his cancer diagnosis last month, explained that he has a weakened immune system because of chemotherapy, so he has to lay low.

“I can’t get sick and I have to vigilantly take my temperature and make sure I don’t have a fever,” he explained.

Hoppus said he’ll soon know if chemotherapy is working, noting he will undergo a PET scan and hopes doctors will tell him, “Congratulations! Your chemotherapy has worked and you are all done and you’ll never have to think about this cancer again for the rest of your life.”

“We’re beating this cancer,” he assured. “It’s just a matter of time.”