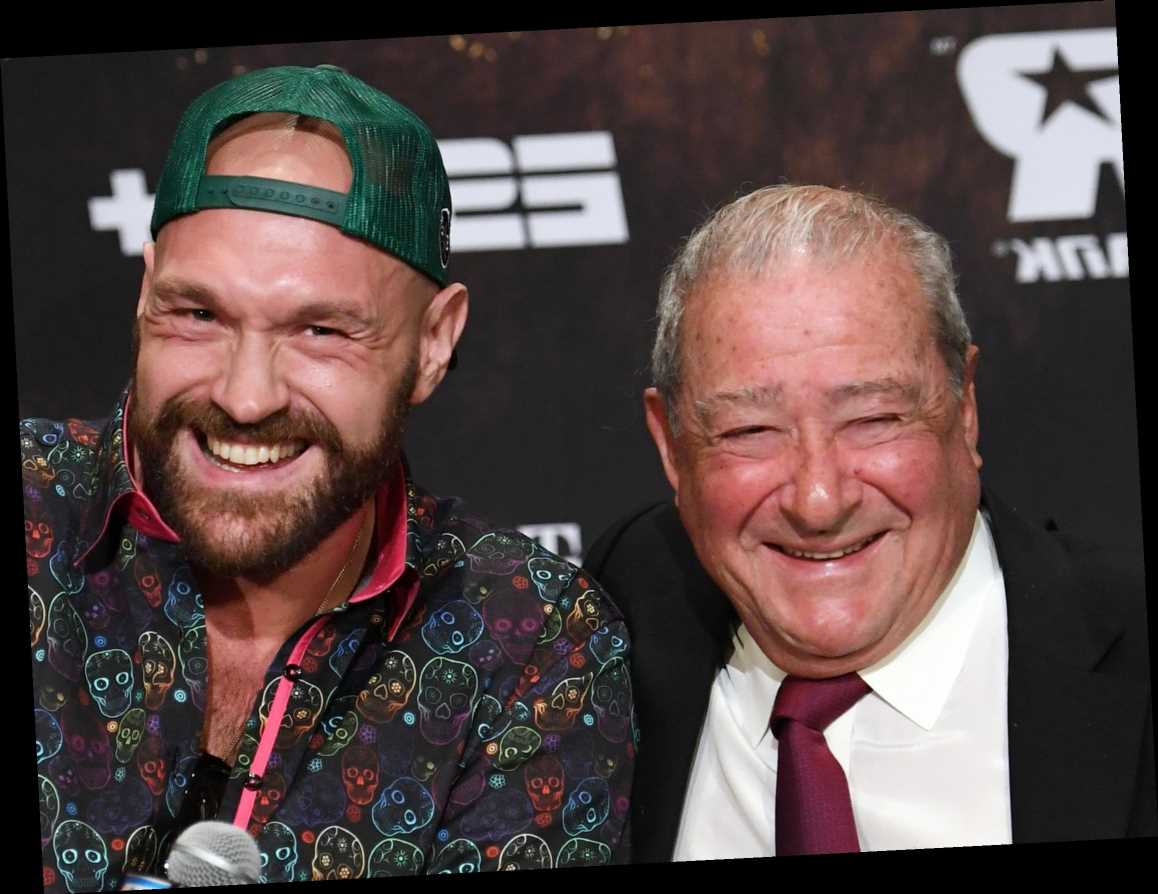 Tyson Fury’s US promoter Bob Arum has announced that he is “95 per cent confident” of his fighter agreeing a world-title bout with Anthony Joshua and backed Eddie Hearn’s comments that a deal could be agreed within the next two weeks.

It is thought that the showdown between WBC heavyweight champion Fury and Joshua, the holder of the WBA, IBF and WBO belts, could take place later in the year.

Arum told Sky Sports News: “I don’t want to make a deadline, but I just can report that everything so far has been going splendidly, and we hope to have a signed document within the next couple of weeks.

“That might not provide for a site, because again, we can have a document that the fighters would have signed, and everything, and then have a mutual agreement clause of the site.

Hearn shut down the prospect of the fight taking place in the UK, with the latest coronavirus restrictions and the financial necessity of a full crowd preventing a home bout from happening.

Singapore is the most recent country to bid to stage the fight for the undisputed heavyweight title, alongside the US and China, but the Middle East looks to be the most likely location, with bids from Saudi Arabia, Dubai and Qatar.

However, Hearn said that Singapore would require a huge site fee to help cover purses that may go as high as £100m for each of the British boxers.

The fighter’s financial split has already been agreed at 50-50, with the winner then slated to receive 60-40 for the expected rematch.

Hearn has speculated that the remaining details of the fight, such as the location and broadcasting arrangements, can be sorted within the next two weeks.

He said to the Daily Mail: “Even before this current situation there was no guarantee that we would do the first fight in the UK, because it was almost impossible that we would get clearance to have, say, 90,000 at Wembley in late May.”