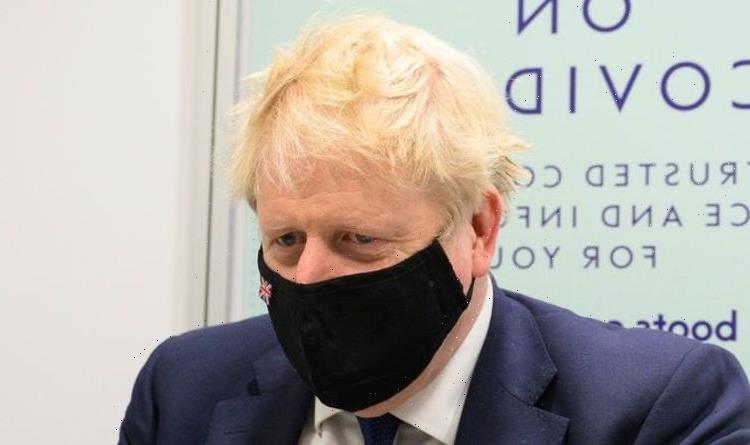 Part of the Prime Minister’s green strategy that the Government claims will drive down the cost of low carbon heating technologies involves installing heat pumps and getting rid of gas boilers by 2035. To do this, £5,000 Government grants will be dished out through the £450 million Boiler Upgrade Scheme to install heat pumps, which cost around £10,000 to install. The Government claims these grants mean that people choosing to install a heat pump will pay a similar amount as if they were installing a traditional gas boiler, which emits carbon.

But leading trade body the Hot Water Association (HWA) has said there are “huge gaps” in Westminster’s policy.

HWA Director of External Affairs, Isaac Occhipinti, said: “The political focus of decarbonising heating has been solely on the heat source, such as boilers and heat pumps.

“There has been little to no focus on hot water cylinders, and recognition for the vital part they play in the efficient operation of low carbon heating.

“There is also, currently untapped potential for them to act as domestic batteries.”

HWA pointed out that there are around nine million hot water cylinders installed in homes across England.

The organisation claims that around 18 million homes will need to install a hot water cylinder in order for the UK to meet net zero targets.

Mr Occhipinti said: “With a gap of 18 million homes in England, it is clear that homeowners are not replacing or installing cylinders at the speed required to meet our decarbonisation targets.”

But Mike Foster, head of Energy Utilities Alliance explained to Express.co.uk why 18 million homes might struggle to go green.

He said: “Our analysis showed that the majority of homes in the UK are not suitable for a heat pump because of the lack of space for hot water cylinders, proximity to neighbouring properties, the thermal efficiency of the building and the existing pipework and radiators inside, without expensive retrofitting and costly disruption.”

He offered the Government a different solution.

Mr Foster told Express.co.uk: “That’s why we will need a gas network in the future but we acknowledge that it can’t be natural gas that is burned, but hydrogen.

“We also believe that a hydrogen gas network, replacing natural gas, is the least-cost option for the UK overall. We just need to get on with it.”

Mr Occhipinti said Mr Johnson’s Government is not doing enough to inform the public about its low carbon heating plans.

He said: “The Government must do more to educate homeowners, local authorities and social landlords on the need for hot water storage.

“Homeowners should be able to access incentives if they wish to replace their hot water cylinder with no stipulation on the type of system to be installed only that it is a suitable replacement.

“This will also mean that in the future, the cost of moving to new heating systems will be reduced.”

Mr Occipinti said there is huge potential for hot water cylinders to generate net zero power at a low cost.

He said: “The energy storage potential associated with the UK’s current installed capacity of domestic hot water cylinders is comparable to our entire fleet of pumped-hydro-electric storage and with just a fraction of this resource.

“It would be possible to absorb the largest surpluses of renewable power that arise from offshore wind and solar PV.

“If we do not invest in this untapped asset then it will become more expensive to upgrade homes to become ready for net zero.”

Express.co.uk has reached out to the Department for Business, Energy & Industrial Strategy for comment.