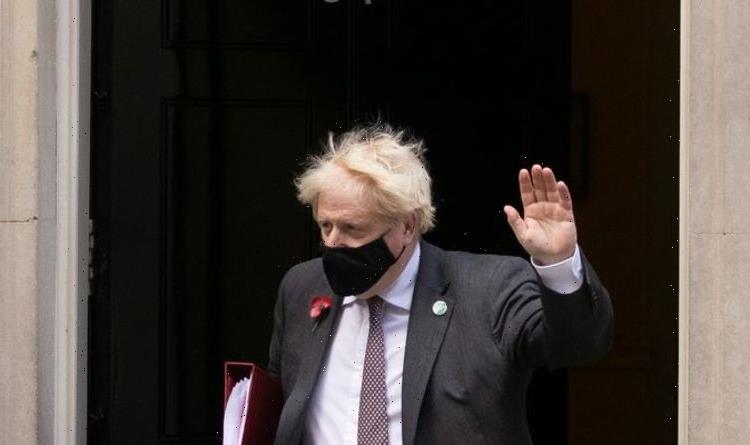 Boris Johnson’s former advisor claimed Britain has seen some impressive breakthroughs partially because it able to avoid some red tape bureaucracy attached to research and development (R&D) funding after it left the EU. In March last year, an independent review looked into more ways to free up researchers to pursue world class research. It was encouraged by Boris Johnson’s commitment to making Britain a science superpower.

Involved in that was the plan to set out an ambitious R&D Roadmap to minimise bureaucracy.

But Mr Cummings thinks there is still more work to be done.

He wrote on Twitter: “UK’s success with breakthrough drugs was partly because we partially dismantled awful bureaucracy around R&D funding regulations, but only partially.”

And Mr Cummings said that while the vaccine rollout was done quickly in Britain, it could have been done quicker, as could the rollout of other drugs.

He wrote: “Fast as vaccines/drugs have been relative to normal, they could also have happened faster.”

Mr Cummings warned that this red tape could leave us unprepared for the next pandemic outbreak.

He said: “This is vital viz a WORSE future bio threat.”

Mr Cummings’ comments also come after multi-billionaire Bill Gates warned that the next pandemic could be a “bioterrorist smallpox pandemic”.

The world’s fourth richest man urged Governments need to start preparing right now if they are to avoid “germ attacks” that could lead to a pandemic that is “way worse” than the one we are currently experiencing.

Speaking in a sit-down interview with the chair of the Health Select Committee, Jeremy Hunt, for the think tank Policy Exchange, Mr Gates said: “There are naturally-caused epidemics and bioterrorism-caused epidemics that could even be way worse than what we experienced today and yet, the advances in medical science should give us tools that, you know, we could do dramatically better.”

He added: “I’m hoping in five years, I can write a book called, ‘We ARE ready for the next pandemic’, but it’ll take tens of billions in R&D – the US and the UK will be part of that.”

And Mr Cummings also that the UK and the US is not ready for the next pandemic.

In a second, follow-up post, he wrote: “In US, Congress is underfunding and not taking seriously enough planning for the next one.

“In UK the PM’s lies & rewriting history on 2020 early this year has stopped us learning lessons & seriously planning for the next one.”

But the UK could be in safer hands than Mr Cummings suspects.

In the autumn spending review last week, Chancellor Rishi Sunak announced that R&D spending would increase public investment in R&D to £22 billion by 2026/2027.

While this target fell short of the original 2024/25 commitment, industry experts were still please with the Chancellor’s pledge.

Speaking to Express.co.uk, James Tooze, from the Campaign for Science and Engineering (CaSE) said: “It’s one of the biggest and quickest increases in research and innovation funding that we’ve seen in a very long time.

“A step change in the significance of the increase [in R&D] is a moment to be positive about the future.”