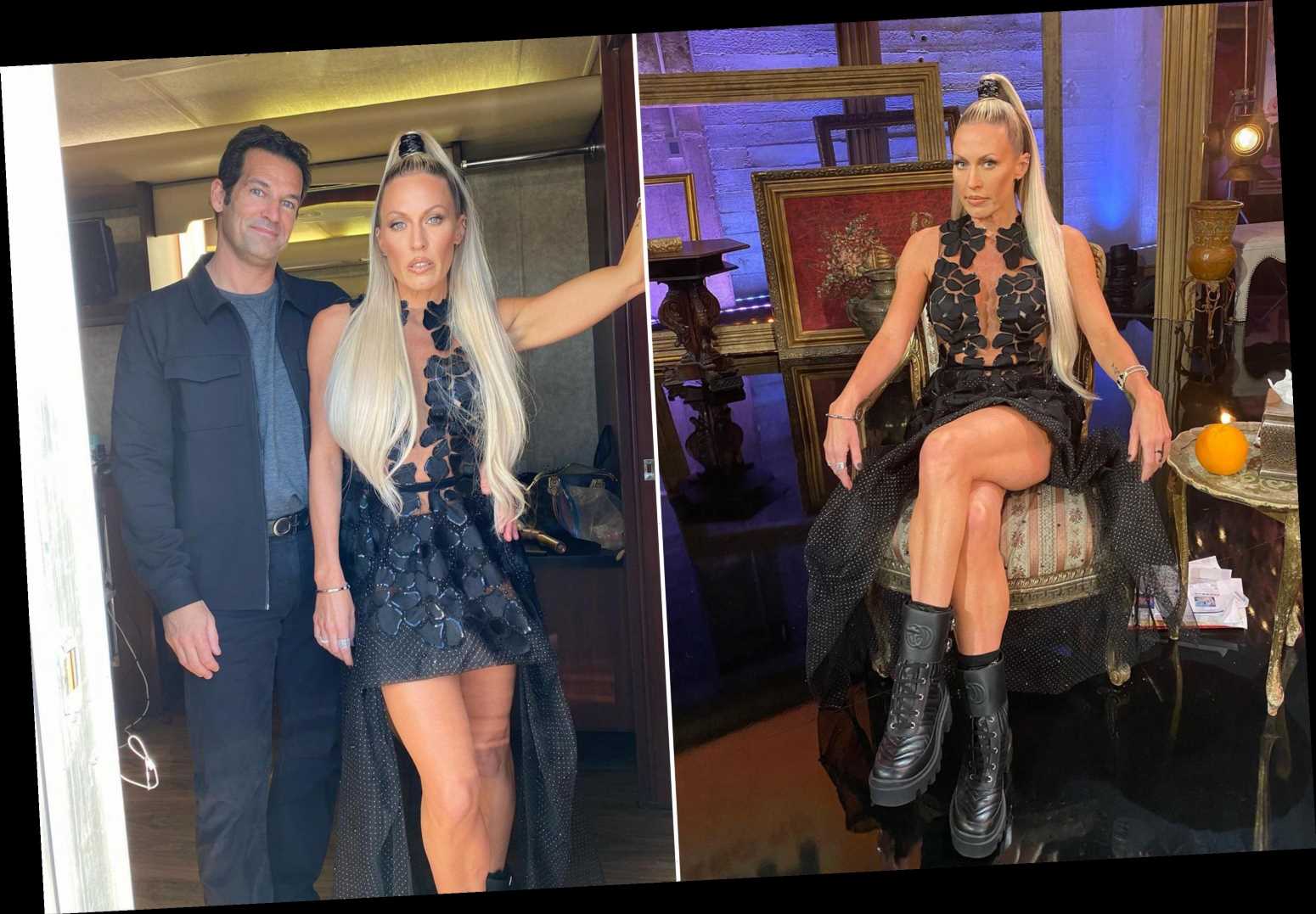 Vicki Gunvalson to Braunwyn Windham-Burke: Go home and be with your 7 kids

Braunwyn Windham-Burke kisses her new girlfriend at the beach

The “Real Housewives of Orange County” wrapped up Season 15, but Braunwyn Windham-Burke isn’t done with the drama just yet.

The reality star, 43, took to Instagram on Wednesday to share her reunion look from the set and had no qualms responding to fans who have criticized her for making headlines recently as she revealed she is an alcoholic and came out as gay.

One person — referring to her husband of two decades, Sean Burke, remarked, “Awww poor Shawn. Let him go already so he can be with someone who loves him and treats him good. You are so mean to him.”

“He’s at the reunion, I’m sure a lot of questions will be answered,” the mom of seven replied.

Another person commented, “You need to get your s–t together women. You’re all over the place! Focus on being a better person, wife and mother and stop with all your craziness.”

Windham-Burke quipped back, “I’m an amazing mom married to my best friend….anything else is social media BS, we’re good.”

On Tuesday, her former co-star Vicki Gunvalson commented on a photo of Windham-Burke and her girlfriend, Kris, saying that she should go home and take care of her seven children.

Meanwhile, another user said, “I don’t understand if your gay why stay with your husband if you have no sexual interest in him. I feel that your kinda of using him for this perfect family portrait. You both deserve your own life” — to which Windham-Burke replied to watch the upcoming reunion to get the answer.

Sean appeared at the reunion and sat down with the cast to film a segment.

“It’s easy to forget we’re people and not characters….or to not think of me standing in the kitchen watching sean do a puzzle with Koa while I nibble cold pancakes the kids didn’t finish ❤️,” she added.

On a lighter note, she joked with a fan, “if I’m asked back next year I’m doing a tshirt line with something like cats on it…I need a little easy 😂 (kidding, kidding).”

“The Real Housewives of Orange County” airs Wednesdays on Bravo.