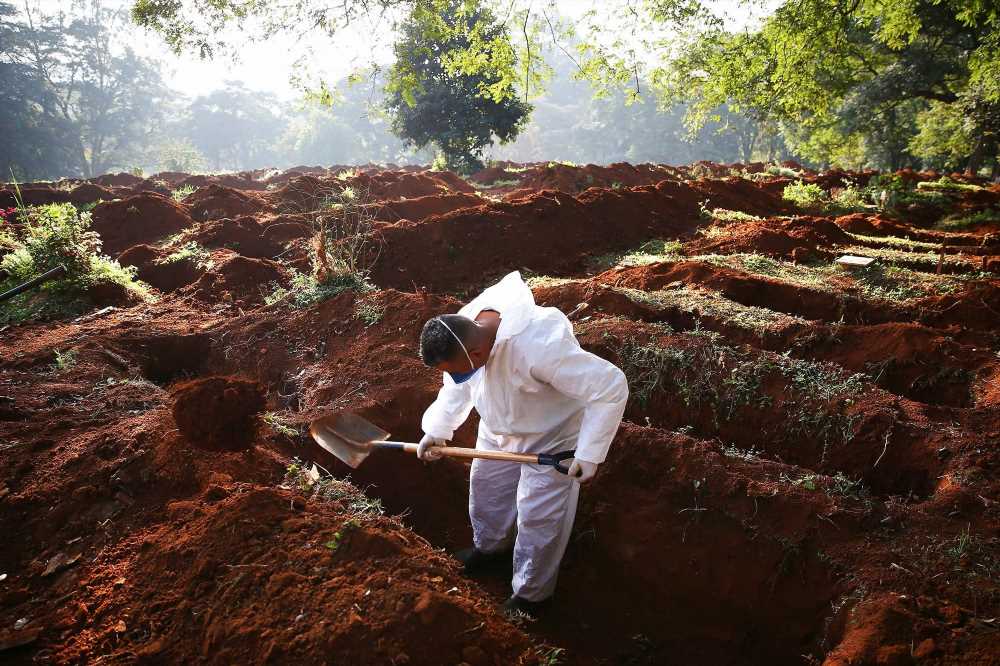 Pot-banging protests erupted across several cities in Brazil on Wednesday evening as President Jair Bolsonaro addressed the nation, just days after protestors took to the streets across the country over his handling of the coronavirus pandemic, which has so far killed almost half a million people here.

The last few days have been rocky for the government of the right-wing leader, whose popularity had already been flagging amid persistently high daily COVID-19 deaths and cases.

On Wednesday alone, almost 100,000 Brazilians came down with the coronavirus and 2,507 died, according to government data. Earlier in the day, the nation’s Supreme Court authorized a criminal investigation into Bolsonaro’s environment minister for allegedly interfering with a police probe into illegal logging.

In the televised speech, Bolsonaro briefly summarized some of his government’s recent accomplishments and pledged strong economic growth going forward, but presented no new information.

On Saturday, thousands participated in protests in at least 16 cities across the country, which were organized by leftist political parties, unions and student associations.

In Sao Paulo, Brazil’s largest city, thousands of mask-wearing people blocked one the largest city’s avenues, while a large balloon depicted Bolsonaro as a vampire.

Some protests, like the one in Rio de Janeiro, included images of former leftist president Luiz Inacio Lula da Silva, who has emerged as Bolsonaro’s main challenger in the nation’s 2022 election, wearing the presidential sash.

In the brief Wednesday evening speech, Bolsonaro, who has ridiculed masks and vaccines in the past, said all Brazilians who wanted a vaccine would be able to get one by the end of the year.

Also in the evening, the nation’s Health Ministry revised down the number of COVID-19 vaccines it will receive in June by about 4 million doses.