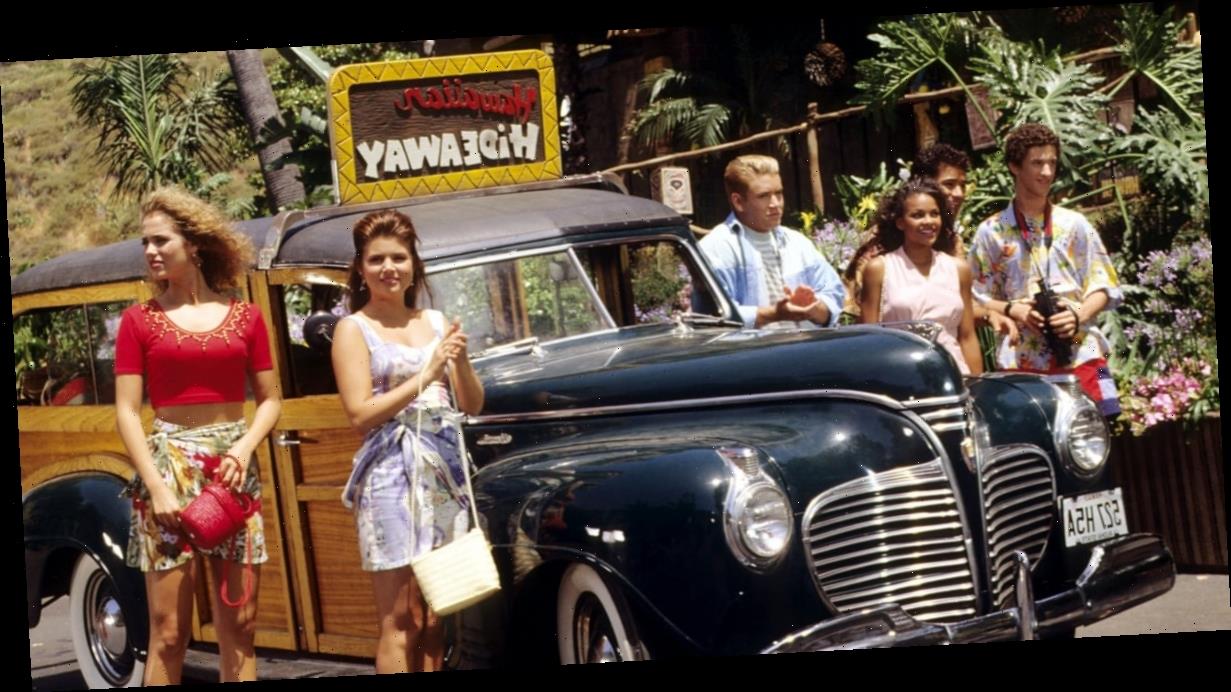 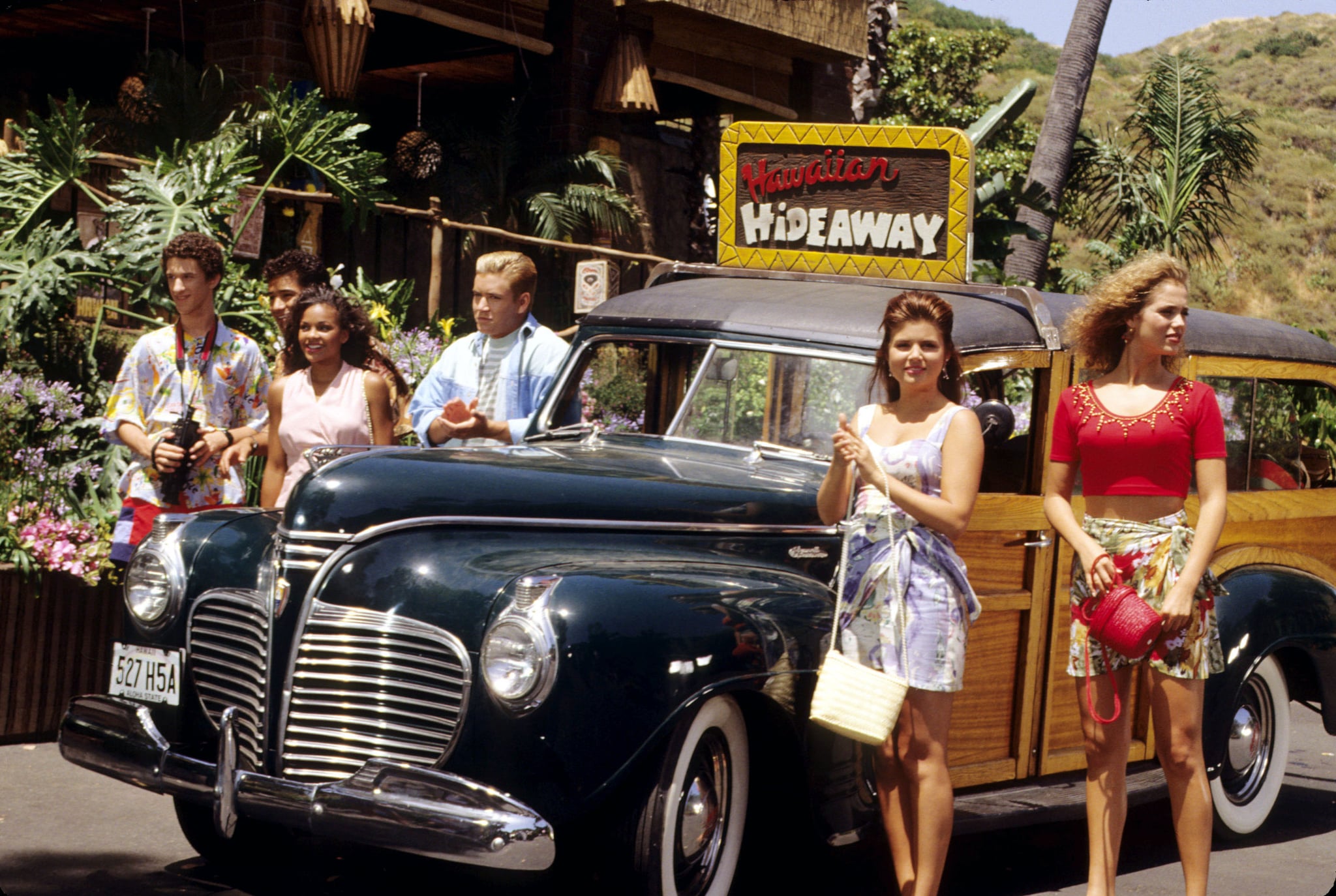 Before Peacock’s Saved by the Bell reboot arrives later this month, we’re revisiting how the original series ended! Technically, though, the original Saved by the Bell had a few different “finales,” thanks to multiple TV movies and spinoffs. Let’s break down exactly where each show left off, and where we bid farewell to the main characters decades ago.

How Did the Original Saved by the Bell End?

The fourth and final season of Saved by the Bell had a major cast change to deal with: NBC unexpectedly ordered more episodes than planned, which required redoing the cast’s contracts. Two of the main cast members, Tiffani Thiessen (Kelly) and Elizabeth Berkley (Jessie), were already moving on from the show, so they didn’t sign on for the extra episodes. Instead, a new character, Tori (played by Leanna Creel) was created and inserted into the show as if she’d always been there.

Because of the filming order of episodes, though, Kelly and Jessie are around for the actual final episodes, while Tori is not. The final regular episode sees the main cast graduating, but not before dealing with a few last lessons to learn. Among them: Zack has to reconsider his preconceived notions when he’s forced to take a dance class in order to have enough credits to graduate, while Jessie deals with her devastation over not being named valedictorian.

What Happened With the Saved by the Bell Spinoffs?

There have been two different Saved by the Bell spinoffs, although only one is truly part of the original cast’s storyline. Saved by the Bell: The College Years debuted in 1993, picking right up after graduation. Zack, Screech, Slater, and later Kelly head off to college together, along with some new friends, at the fictional California University. Unfortunately, the show didn’t do very well in the ratings and was cancelled after just one season — right as Zack proposes to Kelly. More on that in a moment.

Outside of the original cast of characters, there was also a second spinoff, Saved by the Bell: The New Class, which also began in 1993. Instead of following the original characters in a new setting, this one kept the Bayside High setting and instead introduced a whole new cast of characters, loosely connected through side characters like Principal Belding. This spinoff did much better than the direct “sequel” series and ran for a full seven seasons, with a constantly rotating cast.

What Happened With the Saved by the Bell Movies?

Saved by the Bell made two made-for-TV movies throughout the run of the original series and the College Years spinoff. First, in 1992, there was Saved by the Bell: Hawaiian Style, which sent the whole cast to visit Kelly’s grandfather Harry in Hawaii. While there, they discover that a greedy real-estate developer is trying to buy out Harry’s resort, and the whole gang works together to save the resort. Story wise, it’s a typical episode of the show, just supersized.

The 1994 TV movie Saved by the Bell: Wedding in Las Vegas is, essentially, the overall series finale for the main storyline. Zack and Kelly plan to get married in Vegas, even though their parents aren’t exactly on board with their impulsive decision to wed. As the couple and their friends head out to Vegas, they wind up getting into several sticky situations along the way that threaten to derail their plans. Of course, everything turns okay in the end, and the movie/finale ends with Zack and Kelly getting married as their friends and family look on. We’ll get to see how everyone’s lives have turned out since when the revival arrives Nov. 25!