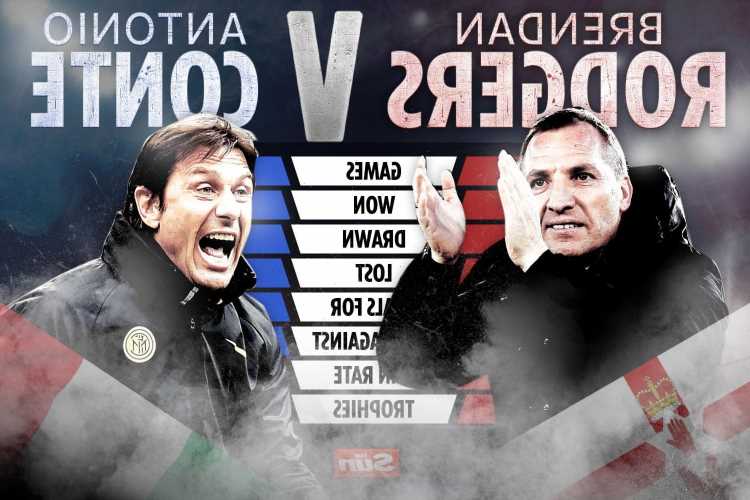 MANCHESTER UNITED are considering Brendan Rodgers and Antonio Conte as a replacement for Ole Gunnar Solskjaer – but how do they compare?

The Norwegian, 48, is under increasing pressure at Old Trafford amid a horror run of form. 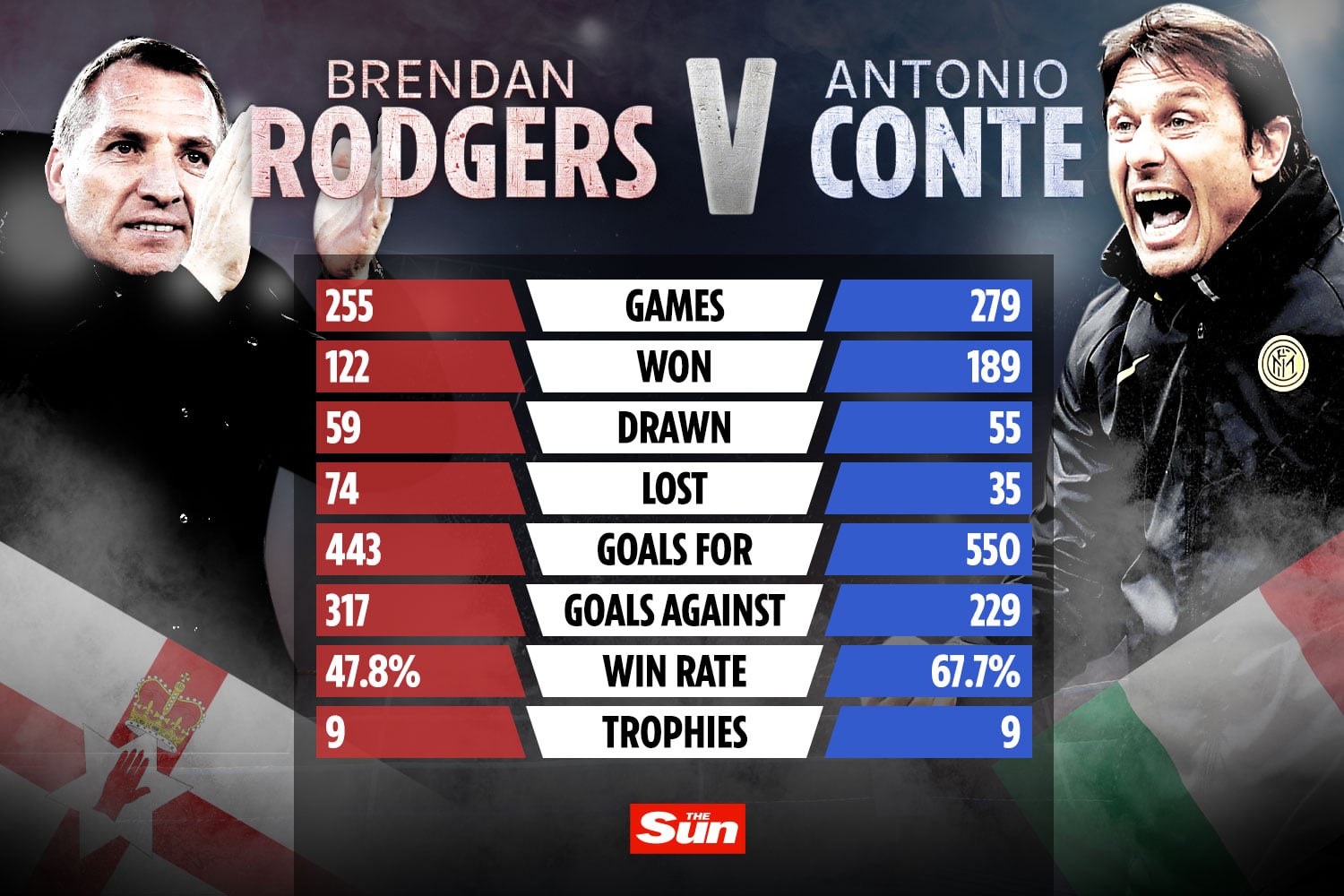 United are winless in their last four Premier League game – and most-recently were annihilated 5-0 at the hands of their fiercest rivals, Liverpool.

Red Devils chiefs held crunch talks on Sunday night and Monday, but Solskjaer clung on to his job – for now.

The former Cardiff and Molde boss will be in the hotseat for Saturday evening's clash against equally beleaguered Tottenham.

But Solskjaer knows a defeat in North London could see him at the job centre come Monday morning.

Man Utd have drawn-up a four-man shortlist to replace him, should he be sacked.

Conte, Rodgers, Zinedine Zidane and Erik ten Hag are all being tipped as potential Solskjaer replacements.

But ex-Chelsea chief Conte and former Reds boss Rodgers are the most likely.

Conte, 52, has been out of work since leaving Inter Milan shortly after guiding them to their first Serie A crown in 11 years.

Meanwhile Rodgers continues to thrive at Leicester – and even guided the Foxes to a 4-2 win over United earlier this month.

But who has enjoyed a better career?

Conte has overseen more games than Rodgers with 279 to his Northern Irish rival's 255.

The Italian has also scored more goals, conceded fewer and boasts a far superior win-rate of 67.7 per cent to Rodgers' 47.8 per cent.

However, both bosses have won nine trophies – with Rodgers most-recently winning the FA Cup and Community Shield with Leicester this year.

Conte did most of his damage with Juventus, winning three Serie A crowns in Turin.

But he also won a Premier League title with Chelsea and a further Scudetto at Inter.

Both could easily be considered an upgrade on Solskjaer – with the current United chief yet to get his hands on a major trophy, despite winning six Prem titles as Sir Alex Ferguson's 'super-sub'.

Solskjaer must surely now avoid defeat against Tottenham if he has any chance of keeping his job into November.