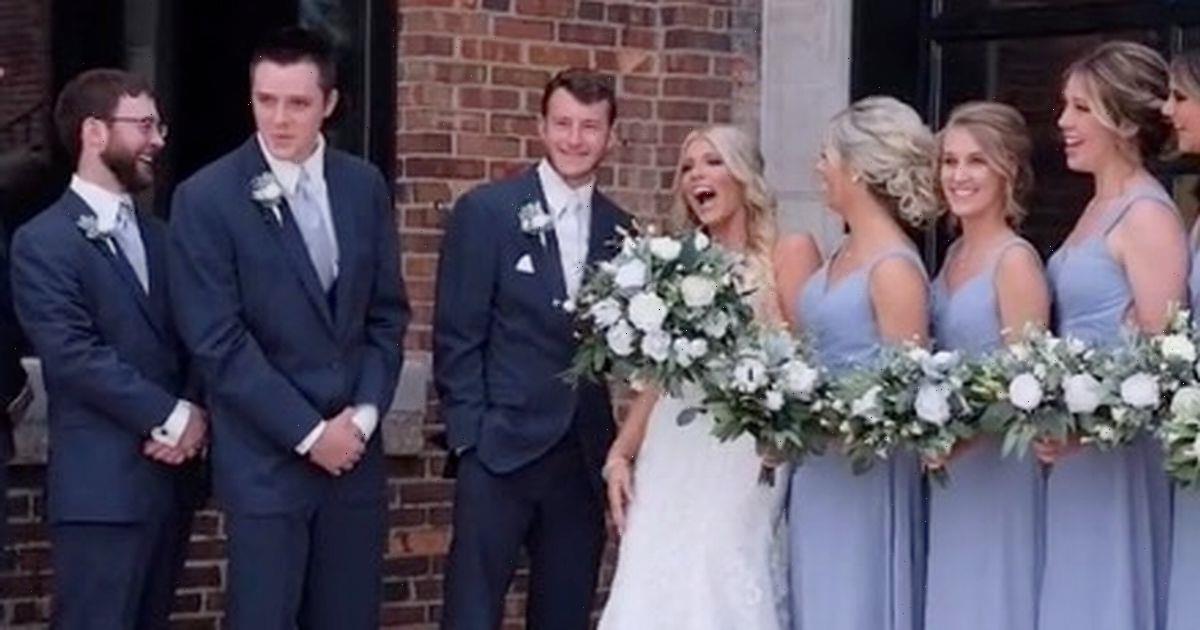 A bride had to keep reminding her wedding photographer what her name really was after they called her by the name of her husband's ex – twice.

In a very awkward video uploaded on TikTok by @jpvideography2141 the gorgeous bride and her groom and bridesmaids are gathered around for a photo opportunity.

The ladies all have large bouquets of roses and the groomsmen look dapper with flowers in their lapels.

As the group pose, a woman from behind the camera calls out: "1,2,3 Corey and Taylor look at each other."

The bride's face drops and for a moment she looks truly baffled and then she and the groomsmen burst out laughing.

"That's his ex," she explained to the photographer.

Unfortunately, the drama did not end there, with the bungling photographer calling the bride "Taylor" for a second time.

"Hang on!" blurted out the mortified bride, whose name was actually Kaitlyn.

Trying to save the day, another member of the party told the confused photographer to just refer to the new husband and wife as "the couple" rather than continue to mess up the names.

Predictably, the video was watched more than 3 million times since it was uploaded on July 5 and many women were aghast by the scenario and said it would ruin the wedding.

One viewer commented: "Oh nah if this happened to me I would have been so mad the whole wedding."

"I would be so mad I'd call off the wedding," wrote a second

A third user joked: "Nah because now he is thinking about his ex the whole wedding put that photographer in the electric chair."

Trying to explain the situation, the uploader added in the comments: "Apparently the bride from the week before was named Taylor."

But many people still seemed to find the coincidence a bit suspicious and some joked the ex might be behind it.