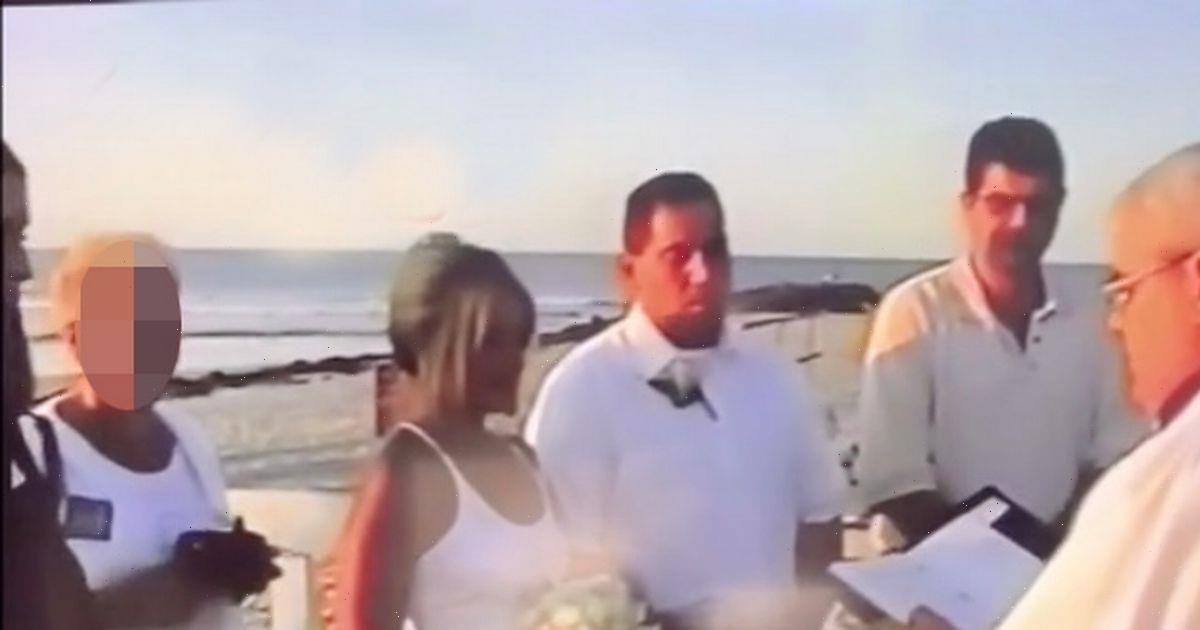 A bride was horrified when she saw her mother-in-law "trying to take her spot" at the altar during her wedding.

Paula, who lives in New Jersey, US, re-watched her old video tapes and noticed how her ex-in law tried to "upstage" her during the beachside wedding ceremony 22 years ago.

Posting on TikTok @hey_heypaula, Paula is seen wearing a white long dress and holding a flower bouquet while standing next to her then husband-to-be in front of the officiator.

Her mother-in-law, who stands just inches away from the couple at the back, showed up at the wedding in an all-white outfit.

Paula said: "She was actually trying to take my spot.

"She wore white for the occasion. Second time minister asked her to back up. No respect or consideration."

During the whole ceremony, the "monster-in-law" maintains a close distance to her son and is constantly taking pictures for him behind Paula.

"I felt her, the grim reaper on my back for the whole ceremony," she added.

In a follow-up clip, Paula admitted that the wedding was "a disaster from day 1" and explained she and her ex-husband were "supposed to be eloping".

She said: "I got ready for my wedding in the back seat of a car. My best friend helped me change.

"He chickened out and said he had to tell his mum we were getting married and that's why she was there."

The clip has stirred a debate in the comments section where some said the mum was being disrespectful.

One said: "Why didn't homeboy check his ma? Disrespectful."

"I think she wants to marry her son," a second wrote and a third gave her opinion: "Honestly if my mother-in-law wears white to my wedding, I will shut down the whole place saying we aren't getting married today and just walk away."

Others believed the mother-in-law was just trying to take photos of her beloved son.

"She's literally just standing there, smiling and taking pictures," a viewer commented. "She never once tried to take your spot. I feel bad for your husband."

Another added: "Of course she's taking pictures, her son is getting married!"