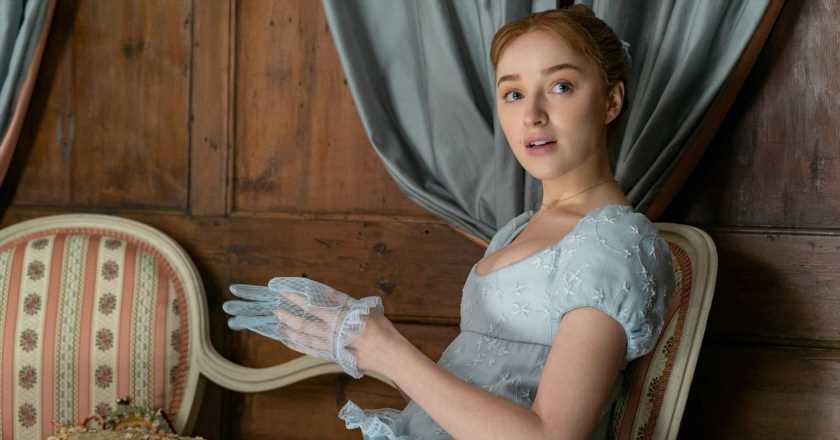 When the coronavirus pandemic first hit in March 2020, many TV and film sets were forced to close down until case numbers decreased again in summer that year.

Since then, many have found ways to negate the risk of Covid-19 to their cast and crew members, reducing the number of pandemic-related delays to our favourite shows. However, these measures haven’t eradicated all risk – as the latest news from the Bridgerton set has shown.

As reported by Deadline, production on the show’s second season has been suspended indefinitely following two positive Covid-19 tests on set within the last week, amid rising case numbers of the Delta variant here in the UK.

Production was originally halted for 24 hours on Thursday after a crew member tested positive, but a longer suspension was decided upon after the second positive result.

It has not yet been confirmed whether the second positive test was from a cast or crew member, but the individual is said to be in isolation.

Netflix and Shondaland are said to be currently establishing a timetable for a safe return to production with the current rise in cases across the UK in mind.

Bridgerton: filming on season one concluded just before the pandemic.

Earlier this year, Phoebe Dynevor, who stars as Daphne, expressed concerns over how the Bridgerton set would cope with Covid-19 restrictions.

“I can’t imagine how it would be possible to film under these circumstances,” she told Deadline. “There are so many extras and so many crew members, and it’s a very intimate show. It just baffles me how we could film it under Covid rules unless there was a vaccine beforehand.”

Of course, the UK’s vaccine rollout has seen major success since Dynevor’s interview in January – but that doesn’t seem to have disproven some of her concerns.

Production on Bridgerton season two kicked off in late April, after it was revealed that a series of new actors would be joining the cast.

These include Sex Education’s Simone Ashley, who will be playing the series’ female lead and Anthony Bridgerton’s love interest, Miss Kate Sharma, and Dunkirk’s Calam Lynch, who will play Theo Sharpe, a “hardworking printer’s assistant” who “fights for the rights for all”.

The Man In The High Castle’s Rupert Evans will also play Edmund Bridgerton, Violet’s late husband and the father of all the Bridgerton children.

Most of the show’s original cast will also be returning for the second season, except, of course, for Regé-Jean Page, who previously announced that he would not be returning to Bridgerton as Daphne’s now-husband, Simon Basset.

It’s yet to be seen whether this week’s production suspension will delay the show’s release date, which many fans hope will be in early 2022. For now, however, we’re wishing a speedy recovery to those affected by the on-set outbreak – and hope to see everyone back on set feeling fit and healthy in no time at all.

Bridgerton season one is available to stream on Netflix