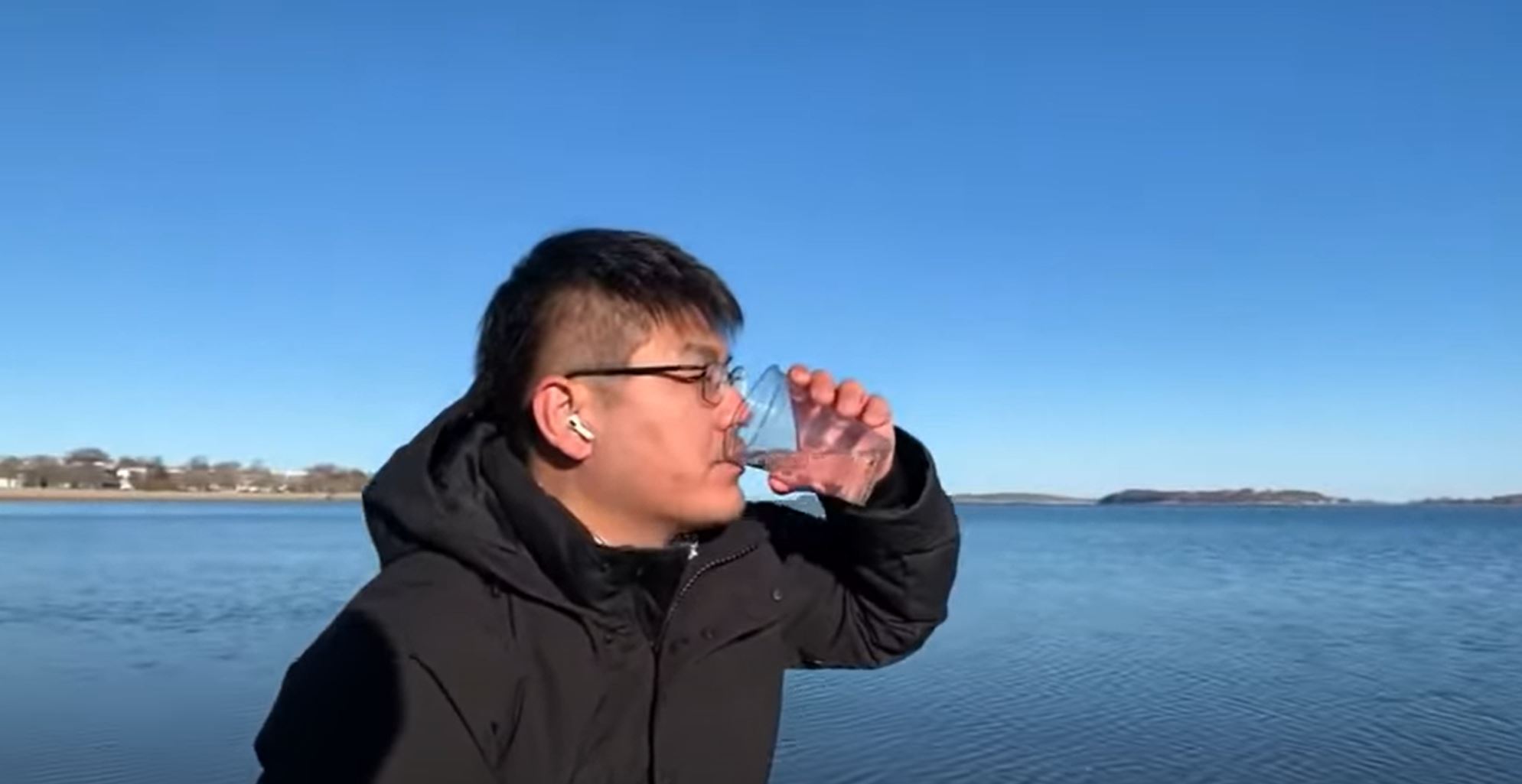 A team of researchers have been busy creating a portable unit that transforms saltwater into fresh drinking water.

The briefcase-sized gadget was invented by scientists at the Massachusetts Institute for Technology (MIT) earlier this year.

While most desalination units are large, heavy and expensive, this solution is portable and works at the press of a button.

There are no filters or high-pressure pumps required to treat the water, as it uses a process called Ion Concentration Polarization (ICP) that was conceived almost a decade ago.

Using electrically-charged membranes above and below the water, ICP repels the salt particles as they pass through.

The membranes repel positively or negatively charged particles — including salt molecules, bacteria, and viruses — as they flow past. The charged particles are funneled into a second stream of water that is eventually discharged.

The process removes both dissolved and suspended solids, allowing clean water to pass through the channel. Since it only requires a low-pressure pump, ICP uses less energy than other techniques.

In April, the team posted a video showing how it works.

The researchers found this process on its own couldn’t remove all the salt, so they paired it with a second technique called electrodialysis to catch any remaining salt ions.

To test the device, the MIT researchers said the took it to a beach and, on the first go, it was able to successfully turn seawater into drinking water.

‘It was successful even in its first run, which was quite exciting and surprising,’ said Jongyoon Han, a professor of electrical engineering and computer science and of biological engineering, and a member of the Research Laboratory of Electronics (RLE).

‘But I think the main reason we were successful is the accumulation of all these little advances that we made along the way.’

The implications for this technology are, of course, life-changing. It could be used in developing nations where access to drinking water is limited. Or it could be used to help refugees or military operations where water procurement can be difficult.