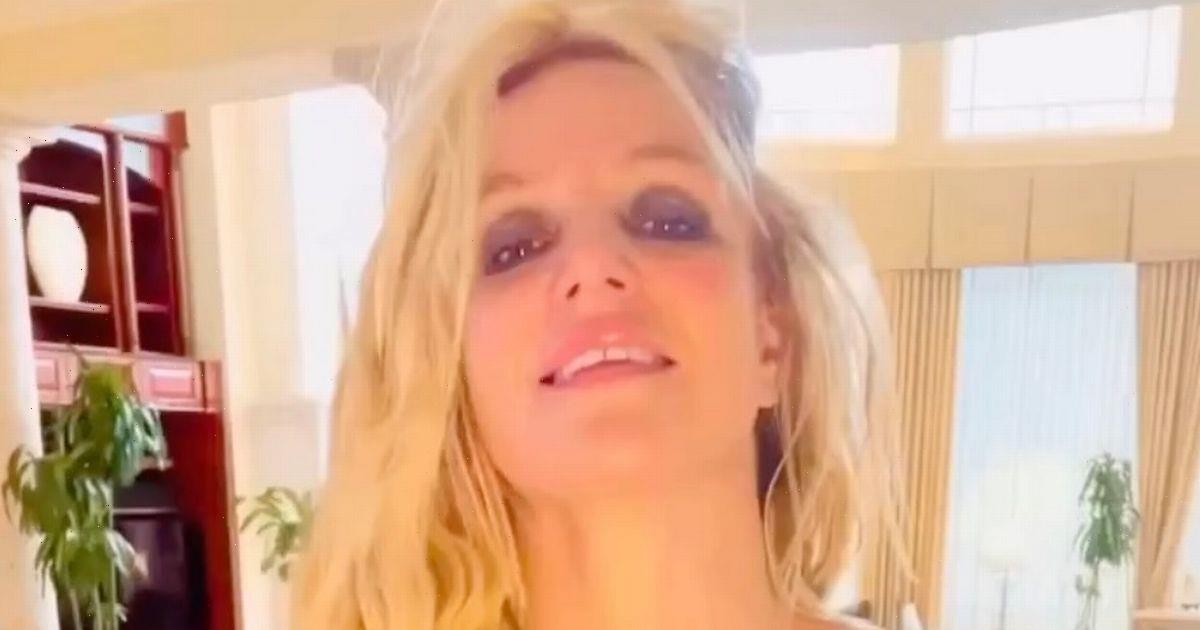 Britney Spears raised temperatures as she paraded her curves in a plunging dress in her latest Instagram video – but many fans were also a bit worried.

The pop princess has shared a lot of videos of her dancing inside of late, but some of her followers said they'd like to see her out and about.

The latest clip, which has racked up more than 250,000 likes, saw Brit running her fingers through her hair and dancing in a tiny black and silver number.

Extremely short, the dress barely grazed the star's thighs and had a deep, mesh-covered plunge at the front and short feathered sleeves.

Britney, 40, teamed the slinky number with some towering heels that made her legs go on forever as she swayed from side to side.

Her long blonde hair hung loose over her shoulders in beachy waves and she tousled it with her fingers as she served up a steamy stare.

The clip, set to Justin Bieber's Mistletoe, then switched to Britney in a canary yellow dress with an even wider plunge, which seemed to show that she'd ditched her bra.

She then slipped into a longer black dress with a huge cut at the front, as she told her fans: "Sorry, it’s my favourite Christmas song… I did it last year. There are some songs you can’t let go !!!!"

However, some fans have said they are concerned for the Toxic singer, who spent 13 years under a conservatorship until it was finally lifted last year.

"Does anyone else watch these videos and worry for her???" one person posted in the comments section.

"Why don’t we see her out and about enjoying her newfound freedom?" asked another.

One fan asked: "Why don’t she go dance on the beach or in the middle of Hollywood?"

"Didn’t she buy a new house?!" asked one fan. "I’m so confused why we don’t get any new videos of her in the new living room, twirling non stop. Did she prank us? Is that even her… I have so many questions lol."