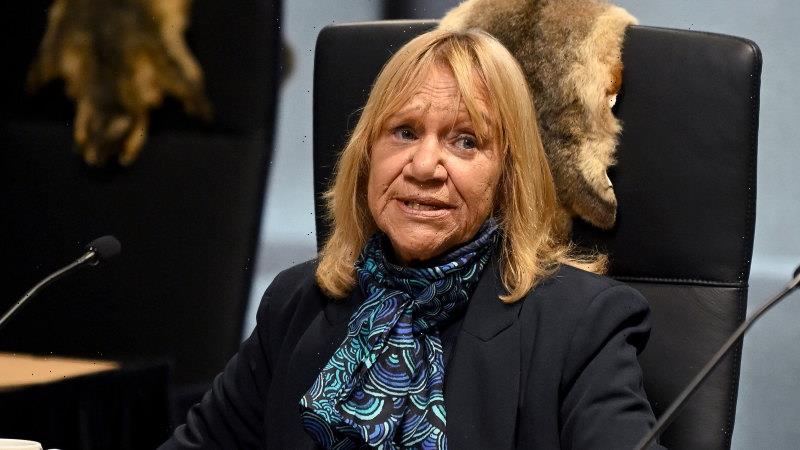 “I’m going to tell you a story, that’s not in my submission, but I’m going to tell you a personal story.” What followed in the heartbreaking moments of truth-telling from Aunty Geraldine Atkinson, the co-chair of the First Peoples’ Assembly of Victoria, set the scene for the Yoorrook Justice Commission’s distressing examination this week of the child protection and criminal justice system and their failings.

The testimony from the Bangerang and Wiradjuri elder began a litany of confronting evidence to Victoria’s truth and justice inquiry this week – descriptions and examples of bureaucratic maleficence that left its commissioners stunned, and unsettling personal accounts that moved them to tears. 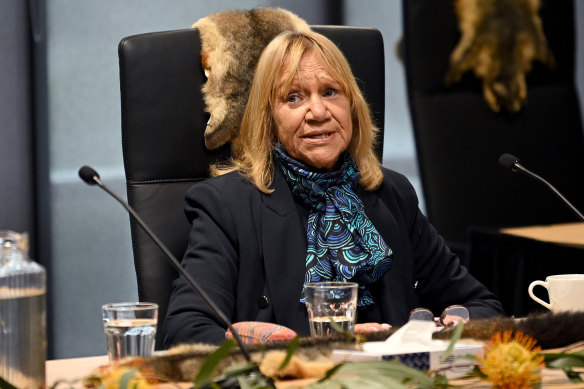 Statements of the more than 30 witnesses underscored evidence heard the previous week that detailed how Indigenous children have been allowed to get “lost in the pipeline” between the child protection system and the criminal justice system.

They illustrated how processes and policies within the systems criminalise First Nations people from childhood, and exposed the way Aboriginal self-determination principles have been insidiously negated.

Atkinson’s story captured the devastating personal toll: “When I was in grade 6, I had my brother – which was really my nephew, but we were bred as brother and sister. He was under 10, obviously [the current age of minimum criminal responsibility in Victoria].

“He would steal from his teacher, 20 bob it was then … So he’d take, and he’d take. This was happening, so what she did was she marked her 20 bob, and then she knew who took it.

“What happened with him, he was removed from our family. He was put into Baltara Boys Home (in Thomastown). You know what happened from Baltara? He progressed to Turana, which is now Parkville (juvenile detention facility). From Turana [he went] to Malmsbury (another juvenile detention facility) … Left Malmsbury, went to Sydney … and he ended up in Long Bay jail. After Long Bay jail, he ended up in Goulburn jail. He came up (was released), some family members died. His brothers actually died, and he came home to Victoria.

“He lived in Fitzroy. He was a parkie. He lived with the parkies, in Atherton Gardens, a high-rise (social housing tenement) up there in Fitzroy. That’s where he lived. That’s who his mates were, the parkies.

“Then he ended up in Pentridge … Do you know how old he was when he died? Thirty-six.

“And that’s the story of a child being removed … their life trajectory. And that’s what we want to stop.”

The traumatic impacts of the child protection system on First Peoples in Victoria, and how that leads to devastating and oftentimes fatal over-representation of them in police custody and prison detention, was at the centre of the commission’s examinations this week.

The Kurnai Legal Practice, an Aboriginal-led firm that operates statewide, gave two brutal accounts of the impact of excessive use of force by police on Aboriginal clients of the firm. One concerned a young Aboriginal man excessively tasered by police, to the extent that he required emergency medical help, after he attempted to flee a summons issued for minor charges.

Another involved an Aboriginal woman who attempted to voluntarily report to police a fender bender that she was involved in, then hours later experienced police from the same local station turning up at her front door to arrest her and impound her car.

The firm’s managing consultant, Kurnai man Peter Hood, told the inquiry he attended the address to try to de-escalate the situation. The woman, a single mother of a child with epilepsy, was terrified that if she was arrested the child would not have a carer, and would be taken by child protection.

The service’s principal solicitor, Tessa Theocharous, told the commission that racism remained inherent in the way police approached First Nations people. “There’s no other explanation for the difference in treatment. It just happens constantly … We’re talking about a problem statewide in Victoria,” she said.

The Victorian Aboriginal Legal Service (VALS) provided to the inquiry an inventory of shortcomings and failures within the policies, procedures and practices of the child protection system and the criminal justice system. Among the most shocking was that the Department of Families, Fairness and Housing (DFFH) – the state agency responsible for decision-making that leads to Aboriginal children being placed into out-of-home care – recently did not know the whereabouts of 633 of its wards.

According to a 2022 report by Victoria’s auditor-general, referred to by VALS chief executive Nerita Waight – Yorta Yorta woman – the department did not have a primary address for 462 children in its care. Another 171 were reported by the department as “address unknown”. She said VALS was “quite aware” that DFFH “often don’t know where children in their care are”.

“If I didn’t have an address for my child, I think that I’d be in trouble,” Waight said.

For Aunty Geraldine Atkinson, who urged the state government to immediately raise the age of responsibility from 10 years old to at least 14, not enough has changed within the system that failed her brother and his friends.

“Do we still want to see our young people locked up at10 years of age, still being babies, not having a chance to improve their lives?” she said. “That’s where they’ll go, and that’s what will happen. They’ll go from one juvenile justice system to another and then into the adult prison system.”