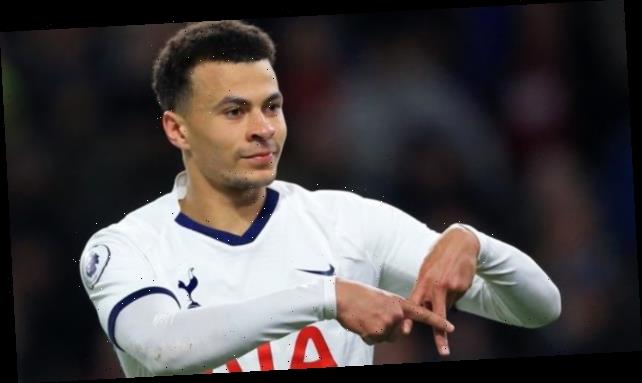 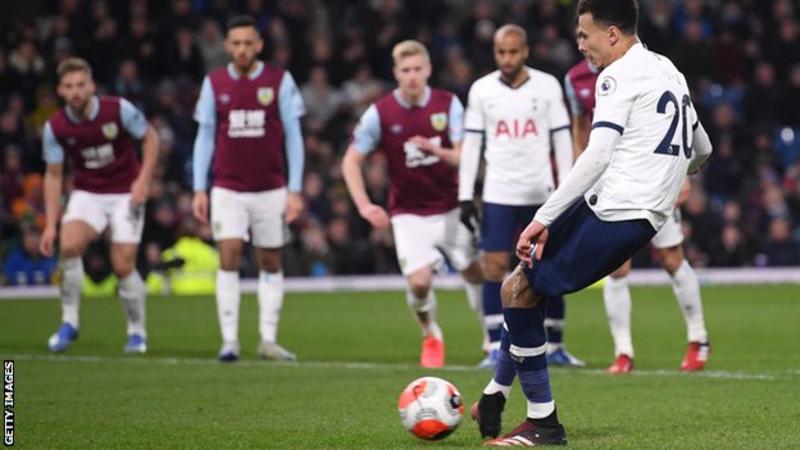 At that stage, Jose Mourinho’s side looked completely out of sorts but the half-time introduction of Lucas Moura and Giovani lo Celso sparked the visitors.

It was Lo Celso’s superb through ball that forced a rash challenge on Eric Lamela by Ben Mee and Alli scored from the penalty spot.

Burnley’s players believed they should have had a penalty minutes later when Davinson Sanchez made a strong challenge on Wood, but nothing was given.

The result means Tottenham have now gone five games without a win in all competitions – their worst run since they went seven without a victory in the autumn of 2016.

Dele’s goal was his first in nine matches in all competitions.

The England man was used as a central striker by boss Jose Mourinho, who is trying to find a solution to the lack of striking options at his disposal following the injuries to Harry Kane and Son-Heung min.

Dele looked more of a threat once Mourinho changed the shape of his side at the break but he lacks the physical presence to unsettle Burnley’s defensive pair Mee and James Tarkowski. Mee in particular was a commanding presence once Tottenham sorted themselves out after the break and ensured goalkeeper Nick Pope was not truly tested.

The result leaves Tottenham four points behind Chelsea, having played a game more. Unless there is a swift reversal of fortunes, their four-year run of top four finishes will come to an end this season.

Dier in the spotlight 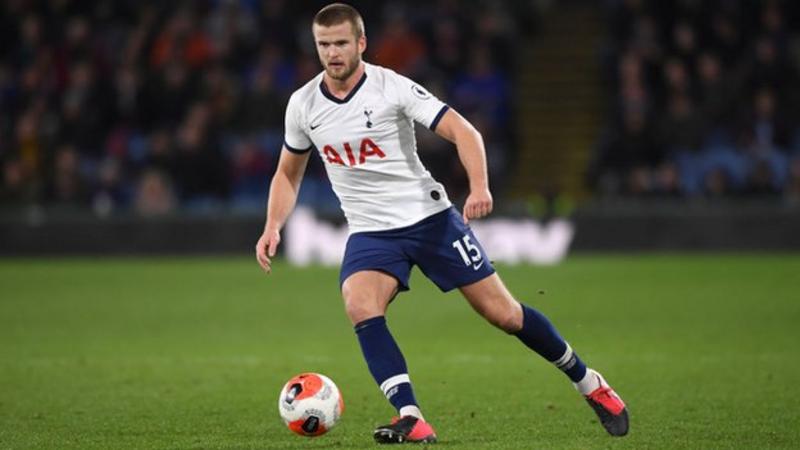 Predictably, Eric Dier strode into Turf Moor without a word, which was a wise choice given he still has the possibility of an FA charge hanging over him following his confrontation in the stands after Tottenham’s FA Cup defeat on Wednesday when he saw his brother involved in an argument.

Just as he promised, Mourinho picked the England man, who slotted into the middle of a three-man central defence that also included Toby Alderweireld and Davinson Sanchez.

Equally predictable were the Burnley fans’ unsavoury chants against him, or more accurately, his brother. Before and afterwards, the Tottenham fans sang in support of the 26-year-old.

It was just Dier’s luck that when he really wanted a quiet game, it was his clearance that resulted in Burnley’s first-half goal.

In fairness, Dwight McNeil’s cross had to be cleared. Sadly for Dier, it went straight to Rodriguez, allowing the Burnley striker to get enough power into his first-time shot to make it awkward for Lloris, who gifted Wood his goal.

Dier’s evening did improve, particularly after Mourinho’s double change at half-time, which involved moving him into central midfield. Had it not been for Dier’s superbly-timed tackle on Burnley substitute Vydra, Tottenham may well not have come away with anything from the game.

Dyche used his programme notes to add his thoughts to the general debate about VAR.

The Burnley boss is evidently supportive, saying he is “convinced it will become more streamlined the more the powers-that-be get used to the technology”.

There will always be grey areas though. If Dwight McNeil’s cross had gone straight to Wood, any goal would have been disallowed because the ball struck the winger’s hand after a ricochet off Sanchez. However, because it was initially cleared the infringement did not count.

Burnley have nudged back into the top half of the table. Impressively, they have now extended an impressive run of 14 games unbeaten in Premier League matches where they have led at the break. 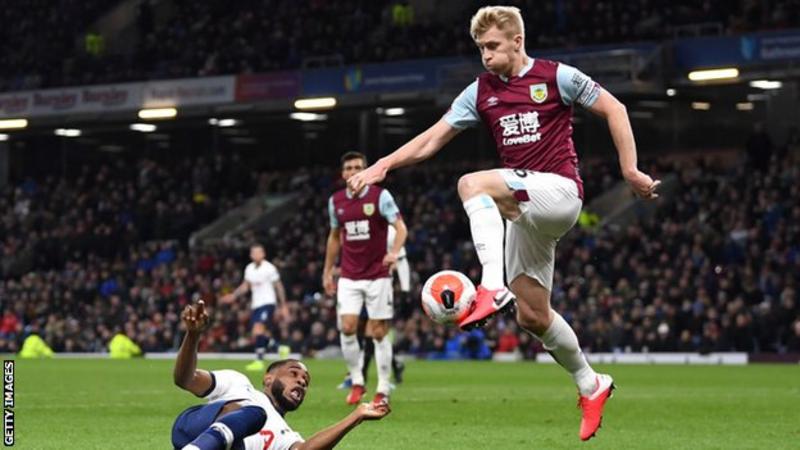 Burnley’s next Premier League game is away at Manchester City on Saturday, 14 March (15:00 GMT). Tottenham entertain Manchester United the following day (16:30 GMT) but before that, they will try to overturn RB Leipzig’s one-goal first-leg advantage when they go to Germany for their Champions League last-16 tie on Tuesday, 10 March (20:00 GMT).

Attempt blocked. Chris Wood (Burnley) right footed shot from the left side of the six yard box is blocked.

Attempt blocked. Ben Mee (Burnley) header from the centre of the box is blocked. Assisted by Dwight McNeil with a cross.

Steven Bergwijn (Tottenham Hotspur) wins a free kick in the defensive half.

Dwight McNeil (Burnley) wins a free kick in the defensive half.

Dele Alli (Tottenham Hotspur) wins a free kick in the attacking half.

Attempt blocked. Dwight McNeil (Burnley) left footed shot from the left side of the box is blocked.

Lucas Moura (Tottenham Hotspur) wins a free kick in the attacking half.

Attempt missed. Giovani Lo Celso (Tottenham Hotspur) left footed shot from outside the box is close, but misses to the left. Assisted by Lucas Moura.

Attempt saved. Chris Wood (Burnley) right footed shot from outside the box is saved in the bottom left corner. Assisted by Matej Vydra.

Attempt blocked. Jan Vertonghen (Tottenham Hotspur) left footed shot from the left side of the box is blocked. Assisted by Lucas Moura.

Attempt missed. Japhet Tanganga (Tottenham Hotspur) right footed shot from outside the box is high and wide to the right following a corner.

Jan Vertonghen (Tottenham Hotspur) wins a free kick in the defensive half.

Steven Bergwijn (Tottenham Hotspur) is shown the yellow card for a bad foul.

Jeff Hendrick (Burnley) wins a free kick in the attacking half.

Attempt saved. Chris Wood (Burnley) right footed shot from outside the box is saved in the centre of the goal. Assisted by Jeff Hendrick.

Jeff Hendrick (Burnley) is shown the yellow card for a bad foul.