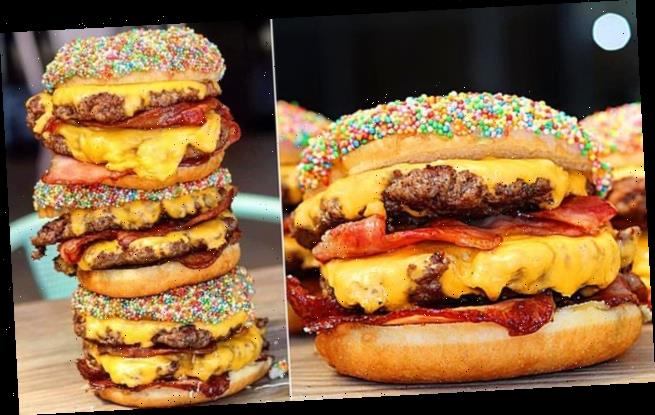 Cafe launches FAIRY BREAD burgers ahead of Australia Day – so would you try one?

An Australian restaurant has launched a fairy bread burger – and fans are going wild for the sprinkle-topped creation.

The Sydney burger store Downtown Brooklyn unveiled the colourful burger on Instagram – after launching it for Australia Day.

The huge double beef and maple bacon burger is made with a buttered fairy bread donut – in a nod to one of the country’s favourite party foods. 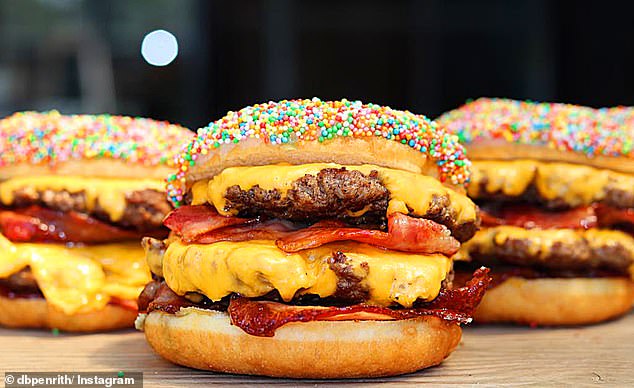 Would you eat a fairy bread burger?

Would you eat a fairy bread burger?

Hundreds of people have commented on the picture of the burger which will only be available for the next two weeks.

‘This is my kind of burger,’ one woman said, tagging her friend.

While others organised to meet their friends at the eatery as soon as possible.

Others loved the convenience of having a sweet and savoury burger.

‘Yum, dessert and dinner in one,’ one person said.

But others weren’t convinced.

‘I’m sorry, what?’ asked one person with a sick face emoji.

‘We are not going there,’ their friend responded.

‘Yep, that is a big, fat diabetic no,’ said another.

The burger restaurant has special creations often, and has previously partnered with Resses peanut butter and Paddle Pop to make delicious treats.