CHELSEA winger Callum Hudson-Odoi is close to securing a loan move to Bundesliga side Borussia Dortmund.

But according to Sky Sports reporter Max Bielefeld, the Blues are 'refusing to let him leave' with just one day left of the transfer window. 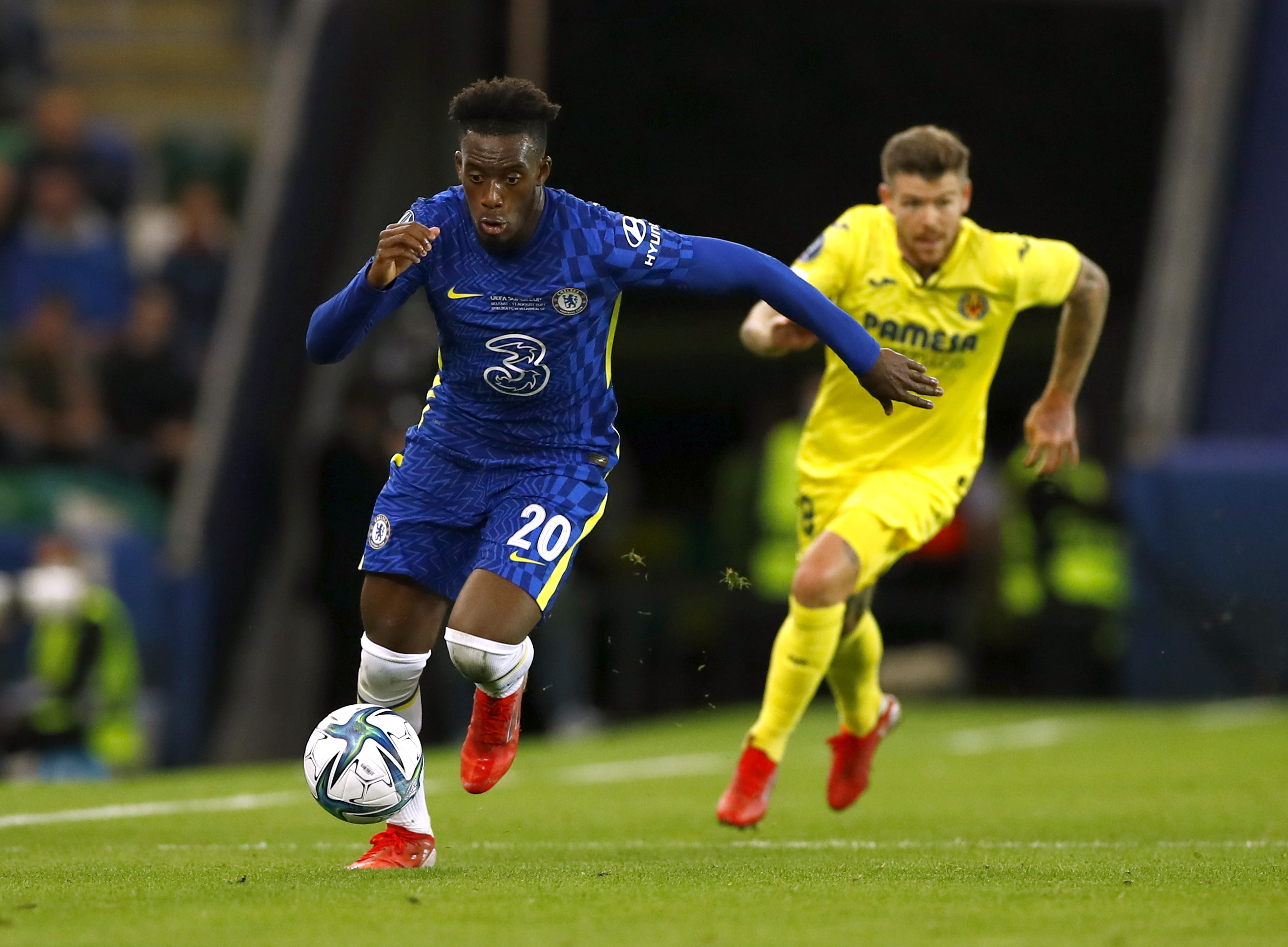 That's despite the 20-year-old having agreed personal terms with the German club.

Chelsea are willing to let Hudson-Odoi leave on loan, but only 'if they get a replacement in' for the academy graduate.

And Thomas Tuchel's side are not widely linked with a move for a winger as deadline day approaches, meaning Hudson-Odoi could be forced to stay at Stamford Bridge.

But the youngster has been an unused substitute in all three of Chelsea's Premier League games this season, and has often been operated out of position.

Tuchel has employed Hudson-Odoi as a wing-back in the past, restricting his natural attacking instincts.

He played 23 times for the Blues in the Premier League last season, although he was often deployed off the bench.

And Hudson-Odoi is reportedly keen on a move to Dortmund who can offer regular first team football as they target a successor for Jadon Sancho.

London-born winger Hudson-Odoi even rejected a call-up to the England Under-21 squad out of frustration this week.

He has three senior Three Lions caps to his name and wants to be involved with Gareth Southgate's set-up again.

But instead of bringing in a replacement for Hudson-Odoi the Champions League holders have 'all eyes' on Atletico Madrid centre-midfielder Saul Niguez.

The 26-year-old has been strongly tipped to leave the Spanish capital this summer – with Manchester United and Liverpool both previously linked with a move for the Spaniard.

But Chelsea are seemingly in pole position to sign the 19-cap Spain man.

That's despite Saul rejecting a previous offer from the Blues on the verge of a contract being agreed according to Spanish newspaper Mundo Deportivo.

He reportedly wants guarantees regarding his playing time and is uncertain on how many minutes he will play due to Chelsea's stacked midfield.

Jorginho, N'Golo Kante, Mateo Kovacic and Ruben Loftus-Cheek are among those battling it out for central midfield role.

But according to Sky Sports reporter Max Bielefeld the Blues are yet to give up on their man.