Taking the crown off! Candace Cameron Bure got real about why she stopped giving into the “pressure” of being dubbed the Christmas queen following her 10th Hallmark Channel holiday film.

“I did feel an immense amount of pressure [last year] as every movie does well in the ratings,” the 45-year-old actress exclusively told Us Weekly on Friday, November 19, while promoting her newest Hallmark film, The Christmas Contest. “And then you always want to hit that mark and exceed that mark. And last year, I finally let it go because it’s not the reason why I make these movies.”

The Shoe Addict’s Christmas star, who has made dozens of Hallmark movies, explained that there is more to making the heartwarming films than ratings. 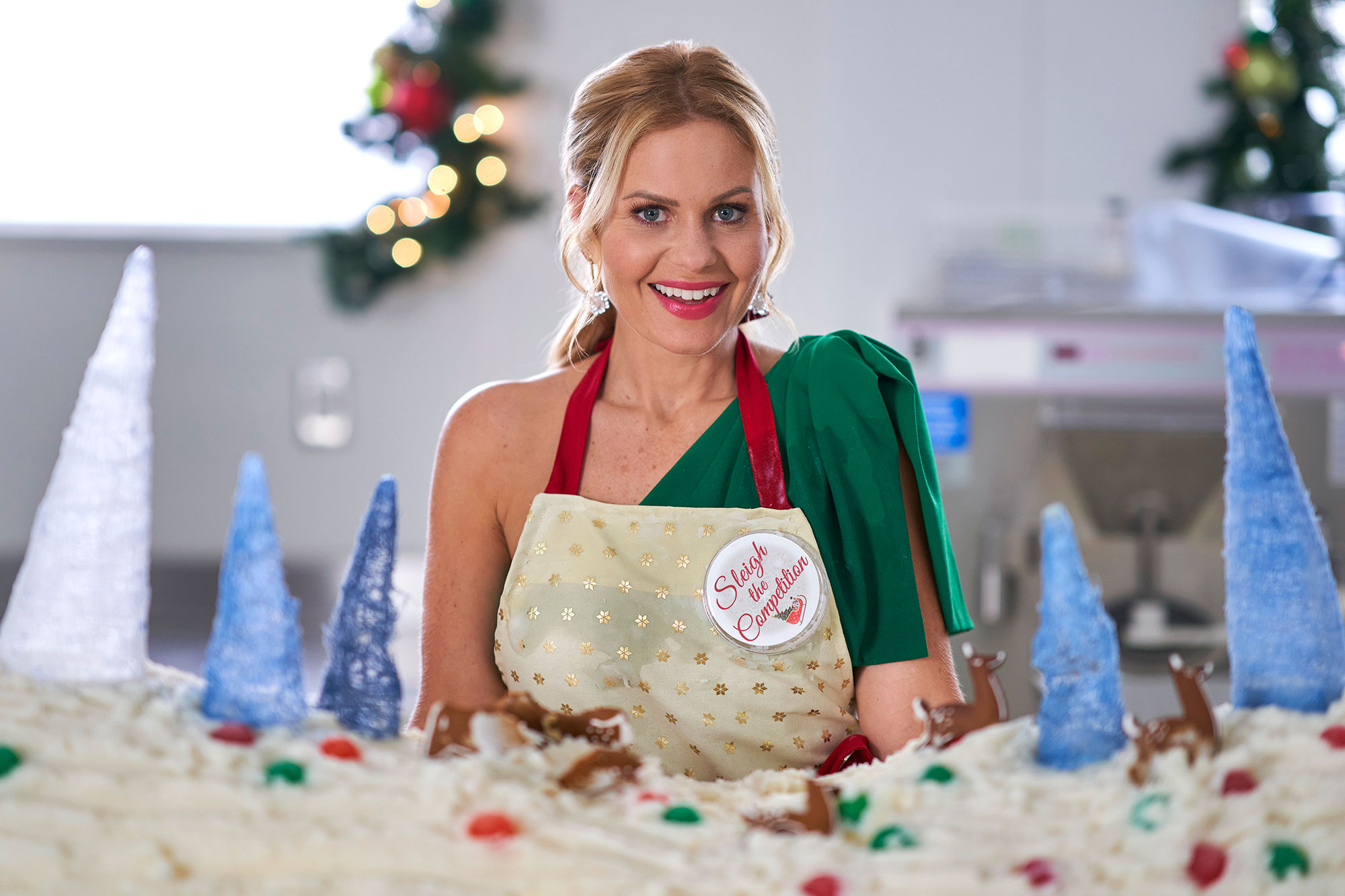 “I make them because I love them. And I know that the viewers that watch them really love them, and they mean something to them,” Cameron Bure said. “I always try to make it the best that I can, but I let the pressure go last year.”

The California native, who stars alongside former Fuller House costar John Brotherton in The Christmas Contest, revealed that her mentality shift helped while shooting their new film.

“It made making this one that much better because I just enjoyed it,” she continued. “And, you know, I’m trying not to think about all the other markers. Let it be what it is and enjoy it.”

While Cameron Bure doesn’t want to focus solely on the success of each of her holiday movies, she does embrace the Christmas queen title at home — having decorated “right after” Halloween this year. 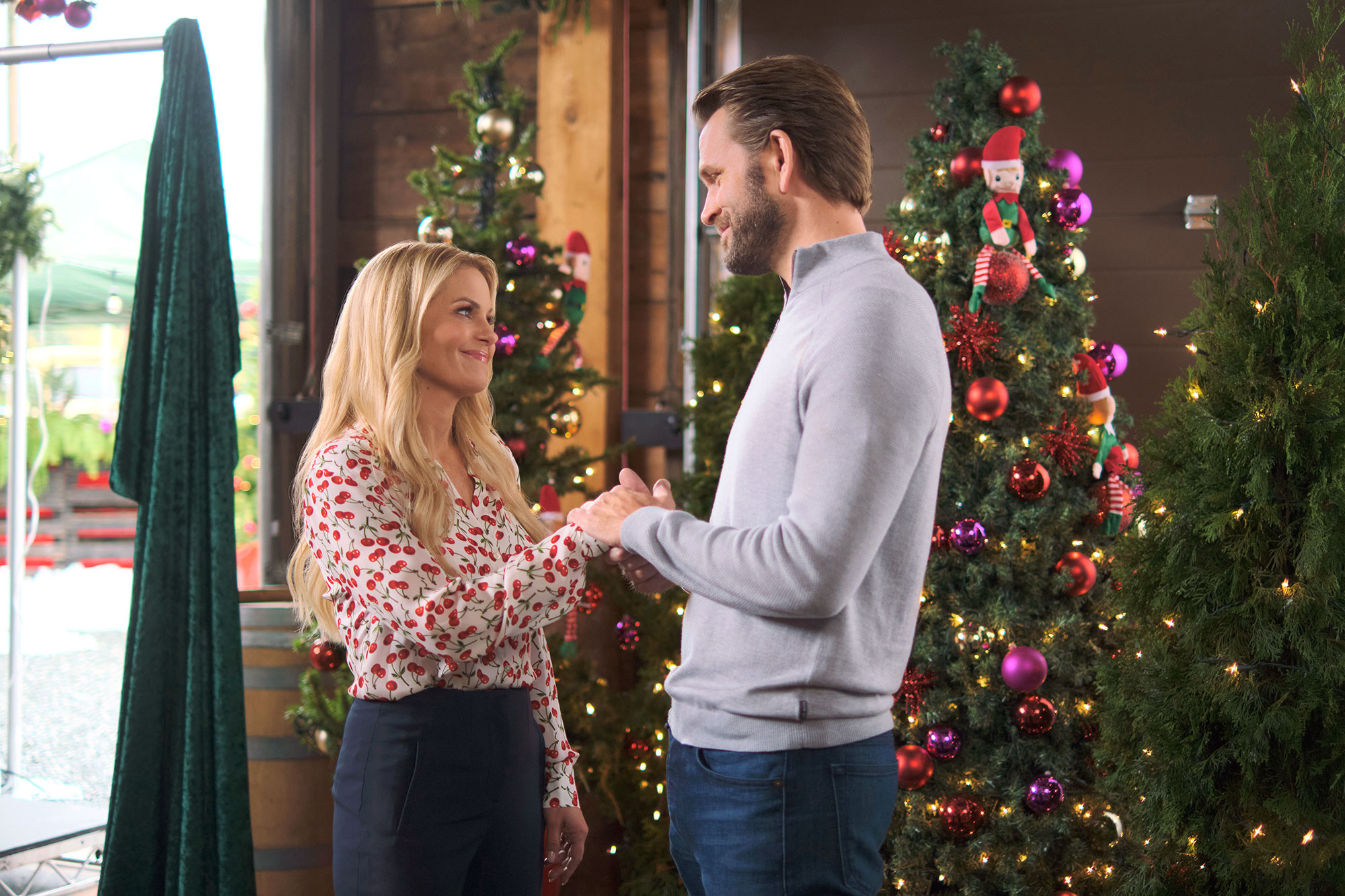 “If I’m going put them up and do the work, I want to enjoy [the decorations] as long as possible,” the Aurora Teagarden Mysteries star told Us. “[That] doesn’t mean I’m blowing over Thanksgiving. Doesn’t mean I don’t recognize Thanksgiving. I love Thanksgiving actually, it’s my favorite. I just like the Christmas decorations to be view all the time.”

Brotherton, for his part, joked that he “had to up [his] game” in the decorations department because he was dealing with Cameron Bure.

Your Guide to Every Holiday Movie on TV This Season

Jokes aside the Washington native, 41, said he couldn’t wait to reunite with the Christmas Town star for his first Hallmark Channel holiday movie.

“I was so pumped. We had so much fun. It was a dream,” Brotherton told Us of working with Cameron Bure, who also served as an executive producer on the film. The Switched for Christmas actress was equally as excited to be back with her longtime friend, calling her chemistry with him “No. 1” out of all her Hallmark love interests.

The Christmas Contest premieres on Sunday, November 28, at 8 p.m. ET.

With reporting by Emily Longeretta

Katie Price's shock as Harvey, 19, 'smashes up' his TV, computer and lights in new room at college