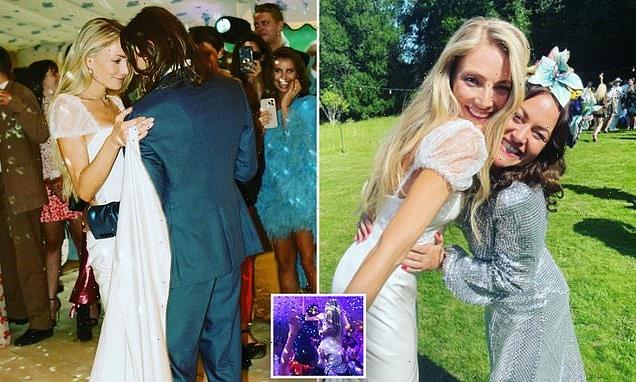 Model and actress Lady Clara Paget has tied the knot with her model beau in a laid-back countryside wedding.

The 32-year-old daughter of the 8th Marquess of Anglesey, exchanged vows with Burberry model Oscar Tuttiett on Saturday at a stunning country venue.

The couple, who became engaged in February 2019, had an intimate indoor service before heading into the grounds to celebrate with friends including actress Jaime Winstone and Willa Keswick, whose family own the multi-billion pound Hong Kong conglomerate Jardine Matheson.

Lady Clara, appeared in a Fast And The Furious film and played a pirate in historical TV romp Black Sails, but is better known for her revelling with chums such as Georgia May Jagger, Suki Waterhouse and Cara Delevingne. 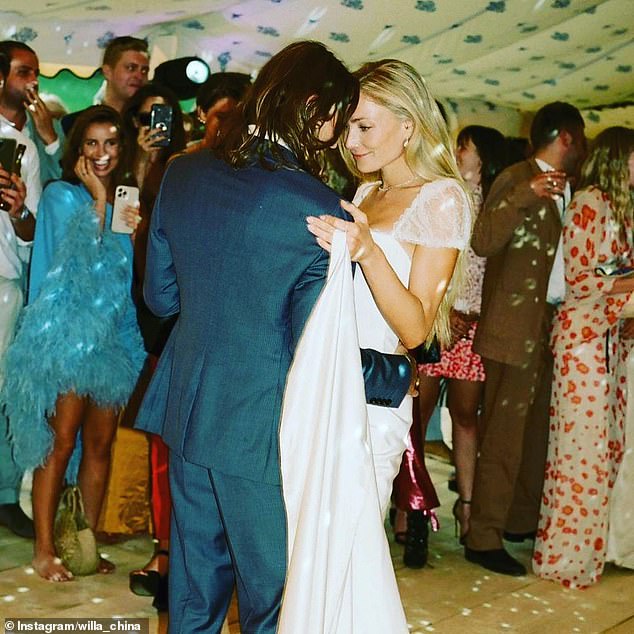 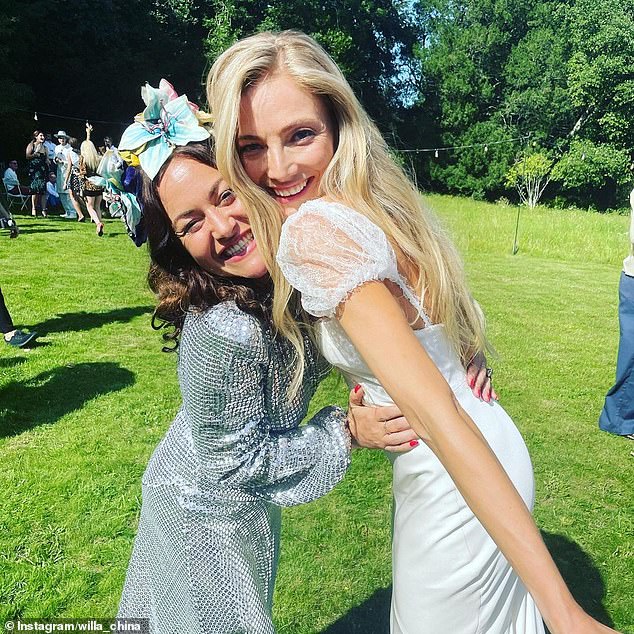 Cheese! The bride posing for a photo with BFF Jaime Winstone, who dazzled in a silver dress 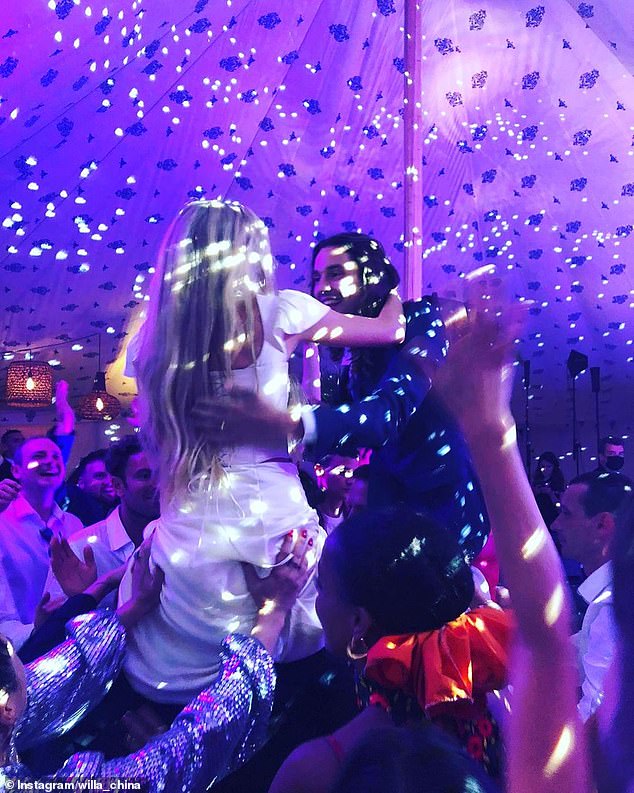 Dancing in the moonlight! Lady Clara and Oscar were lifted onto their friends’ shoulders

As the day went on, Clara removed her veil and tied the loop of her train around her wrist to keep it up off the floor to dance.

She left her long blonde hair loose around her shoulders and wore a simple string of pearls around her neck.

Meanwhile Oscar, who works as a concert promoter for Golden Voice UK, looked smart in a blue summer suit, which he wore with an open collar.

Guests dressed to the nines in their finest summer suits and party frocks, with Jaime dazzling in a silver sequin jumpsuit.

The newlyweds couldn’t take their eyes off each other as they took to the centre of the dancefloor in the tent that had been erected in the grounds. 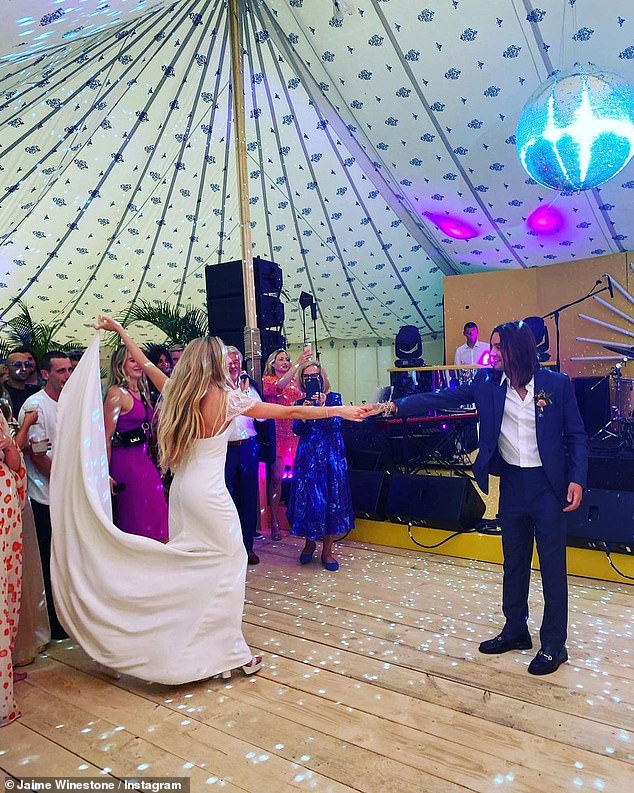 Taking centre stage: The couple showed off their dance moves underneath the tent canopy 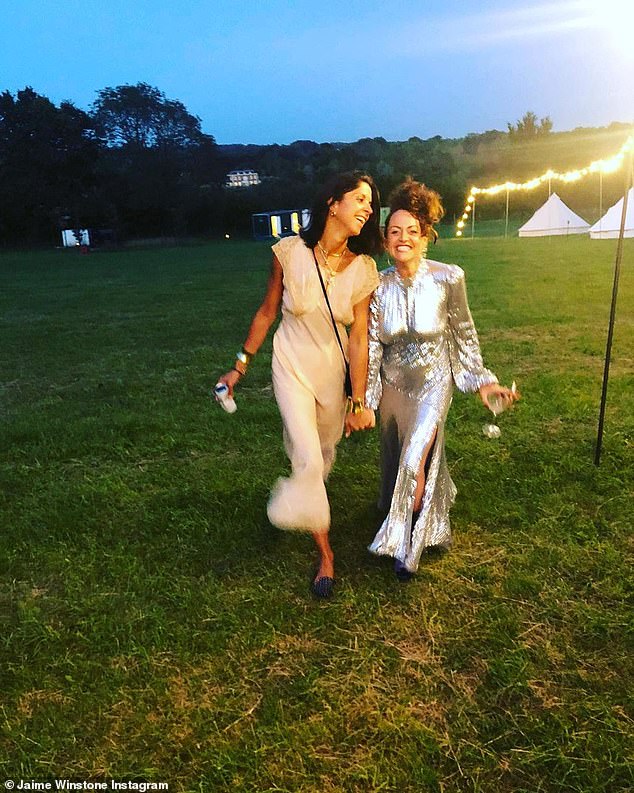 Getting ready to party! Jaime Winstone shared this photo of her strolling across the grounds 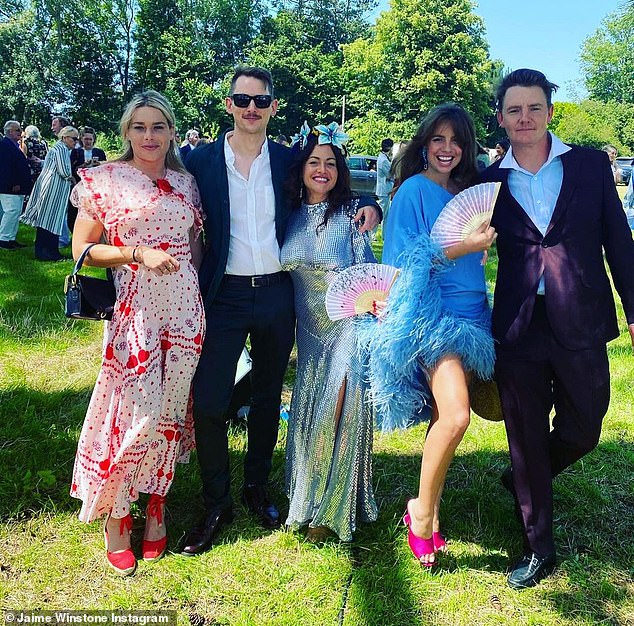 Strike a pose! Glamorous wedding guests dressed to the nines in their finest party frocks

Later in the evening they beamed with delight as they were hoisted on their friends’ shoulders.

To help maintain social distancing, the couple set up a number of separate shaded seating areas where guests could retreat to and relax in the afternoon.

Sharing photos from the day on Instagram, Clara wrote: ‘No idea where to begin…how do I say that was the best day of my life and you make me the happiest girl in the world without being cliche? You do. I am. I love you @oscartuttiet.’

Willa added her well-wishes with her own wedding album, writing: ‘My Lord and Lady Tuttiett! Words can’t describe how fun that was! What a celebration of love! You are the dream team and we love you very very much xx.’

Jaime posted: ‘Thank you for sharing the most Magical wedding day @clarapaget @oscartuttiett .. congratulations on your marriage, I wish you love and happiness that lasts forever you insanely beautiful beings.’ 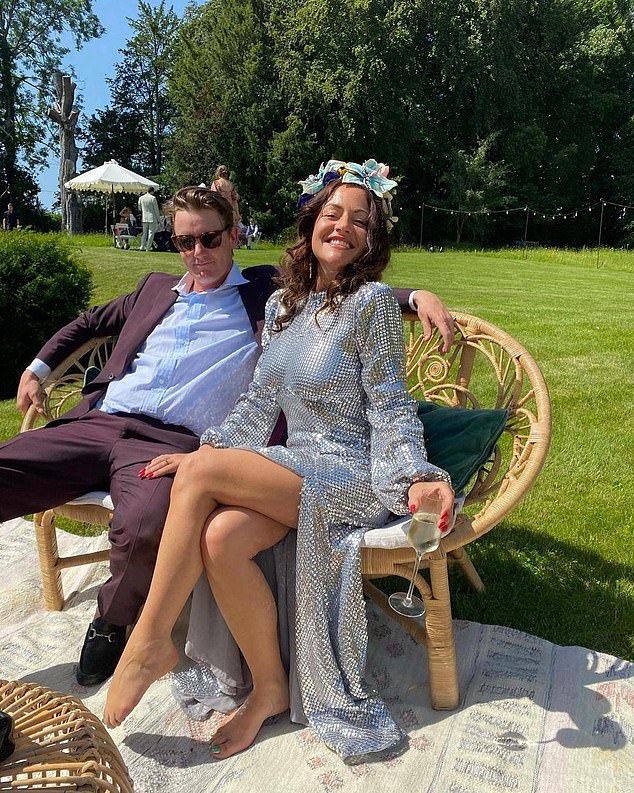 Kicking back: The bride and groom set up small seating areas where guests could relax

Clara’s chums, including model Cara and actress Jaime, threw a crazy party called ‘Claztonbury’ before limos whisked guests off to the Cotswolds, where they all dressed up.

Clara donned a bridal gown while Cara dressed as Alicia Silverstone in the film Clueless.

The 32-year-old bride-to-be was filmed having a sword fight with a man dressed as a monk – then things came to a head when men stormed in yelling: ‘Everyone get on the floor – this is a raid!’ Thankfully it turned out to be a prank.