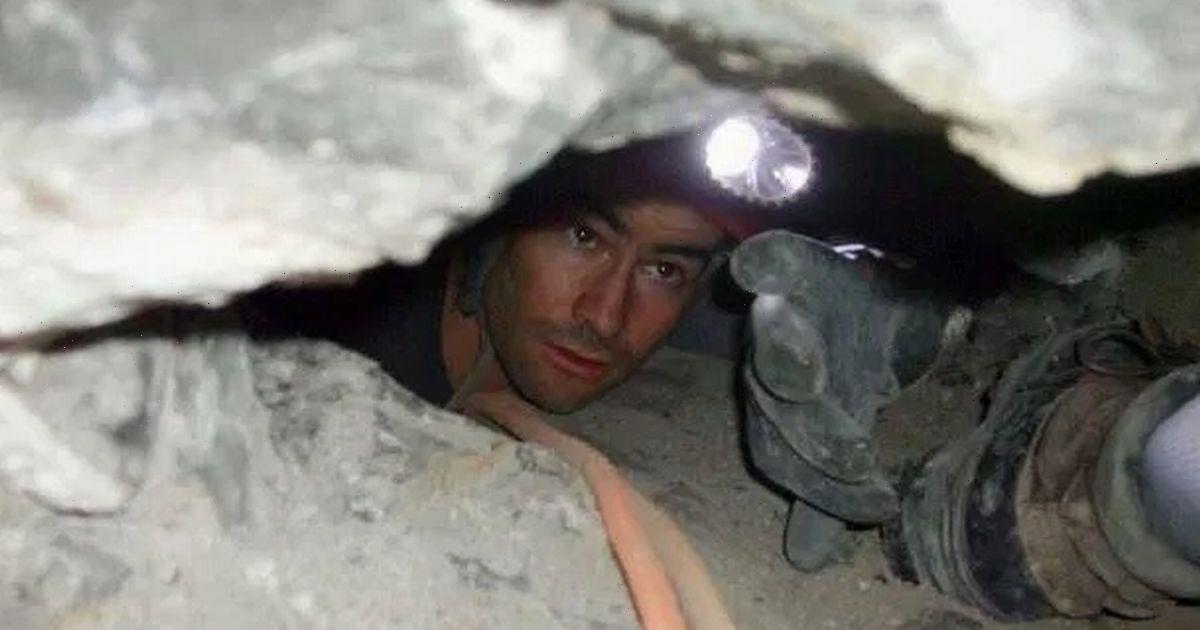 Don’t miss a thing by getting the Daily Star’s biggest headlines straight to your inbox!

The nation is rejoicing after a man was rescued after spending two gruelling days trapped inside Britain's longest cave.

Against all odds, the experienced cave diver was pulled from Ogof Ffynnon Ddu cave system in Brecon Beacons, Wales, on Monday thanks to a massive rescue operation involving 242 people.

It's a much happier ending than the ghastly fate that befell another cave diver in 2009, which must surely take the cake as the worst death of all time.

John Edward Jones, 26, was a medical student and experienced spelunker (someone who explores caves as a hobby) who went cave diving with a group of friends while visiting family in Utah for Thanksgiving in 2009.

On November 24, the group ventured into the Nutty Putty Cave, a popular spelunking spot known for its tight twists, turns and crawls.

John decided to try and find the formation known as the Birth Canal, an incredibly narrow vertical passage.

The father-of-one's tragic mistake was thinking he could squeeze into the same spaces as a six-foot man than he did when he was a lot younger and smaller.

He inched his way into the Birth Canal head first, wiggling forward using his hips, stomachs and fingers. But within minutes he realised he was stuck, with no room to turn around or even go backwards.

His only option was to keep moving forward, and exhaled the air from his chest so he could fit through the "L-shaped pinpoint" which was just 10 inches across and 18 inches high.

But when John breathed in again, his chest expanded and he was wedged inside for good.

John's brother Josh was the first to find him, and tried pulling at his calves but was unsuccessful. Terrifyingly John then slid even further down into the passage and was trapped with his arms pinned under his chest.

Josh had no choice but to leave his brother and work his way out of the cave, where he called for help.

Rescuers from the Utah County Sheriff's Office arrived and began a complicated extraction attempt, made worse by the fact that John was in "absolutely the worst spot in the cave".

"It's very narrow, very awkward, and it's difficult to get rescuers down there," rescuer Shawn Roundy told media at the time.

"It's a really tight spot, but we've been able to get around him. We were able to hold his hand at some point."

They were eventually able to partially free him using a rope-pulley system.

By that point John had been hanging upside down for more than eight hours. He was given an IV drip and some food and water, and was even able to speak to his wife over a police radio.

Everyone was relieved — but then there was a heartbreaking twist.

An equipment failure caused the rope system to plunge John right back into the same gap he'd been trapped in previously, and the rescue operation was back to square one.

"He's not in great shape physically, there's a lot of pressure on his upper body and back — but he's been amazingly resilient and he has incredibly high spirits under the circumstances," Sgt Spencer Cannon said at the time.

Rescuers began a different approach, using air-powered tools to chip away at some of the rock surrounding John.

But after more than 24 hours trapped upside down, the pressure and stress on his body became too much. After struggling to breathe for several hours, John became unresponsive shortly before midnight.

One rescuer was able to get close enough to pronounce him dead of cardiac arrest.

"Due to the circumstances with his body being held the way it was and being wedged, it was most likely difficult to get a full deep breath," Sgt Cannon said.

"It would have affected his ability to breathe adequately."

The rescue mission became a body recovery operation, but it became apparent that it would simply be too dangerous to get John out of the passage.

"Once John had been declared dead, there were discussions about 'How do we get him out?' There were some rather distasteful discussions as well, things that nobody really wanted to do," Sgt Cannon said.

The entrance to Nutty Putty Cave was boarded up and declared a public health hazard. About a week later concrete was poured into the main opening of the cave, sealing John inside forever.

John left behind his wife Emily and their baby daughter Lizzie. Emily was also expecting their second child at the time, a boy who was born the following year and named after his dad.

A memorial plaque to John stands near the entrance to Nutty Putty Cave, 12 years since the tragedy took place.