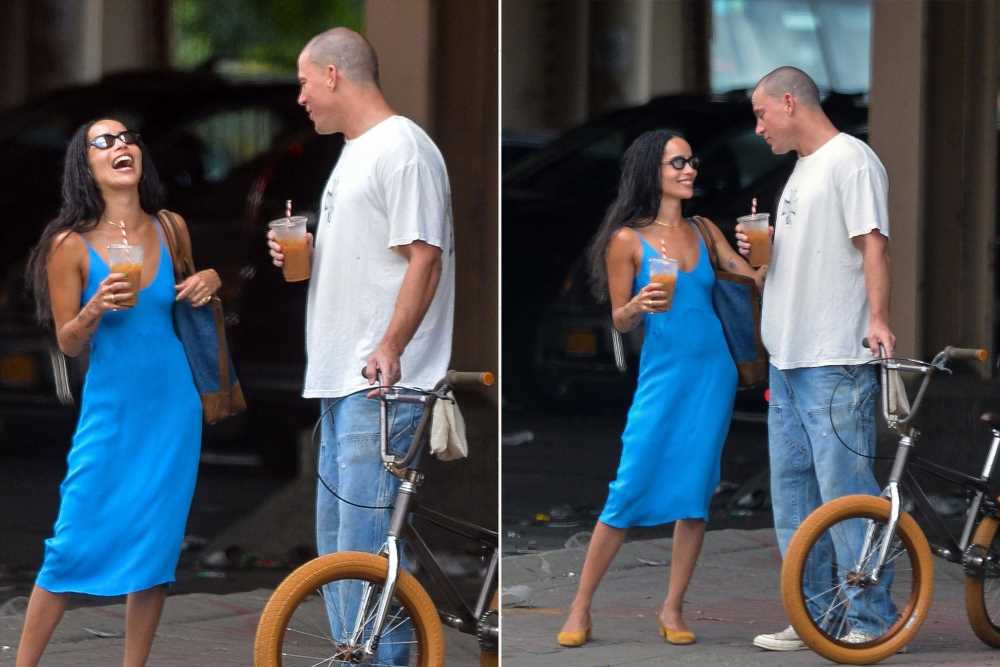 Can a bike be a third wheel?

Channing Tatum and Zoë Kravitz continue to fuel dating rumors in New York City, as the maybe-couple was snapped grabbing iced coffees together to beat the heat Thursday — with another of Tatum’s bikes along for the ride.

Kravitz, 32, and Tatum, 41, looked deeply engaged in conversation as they sipped their drinks during the outing. 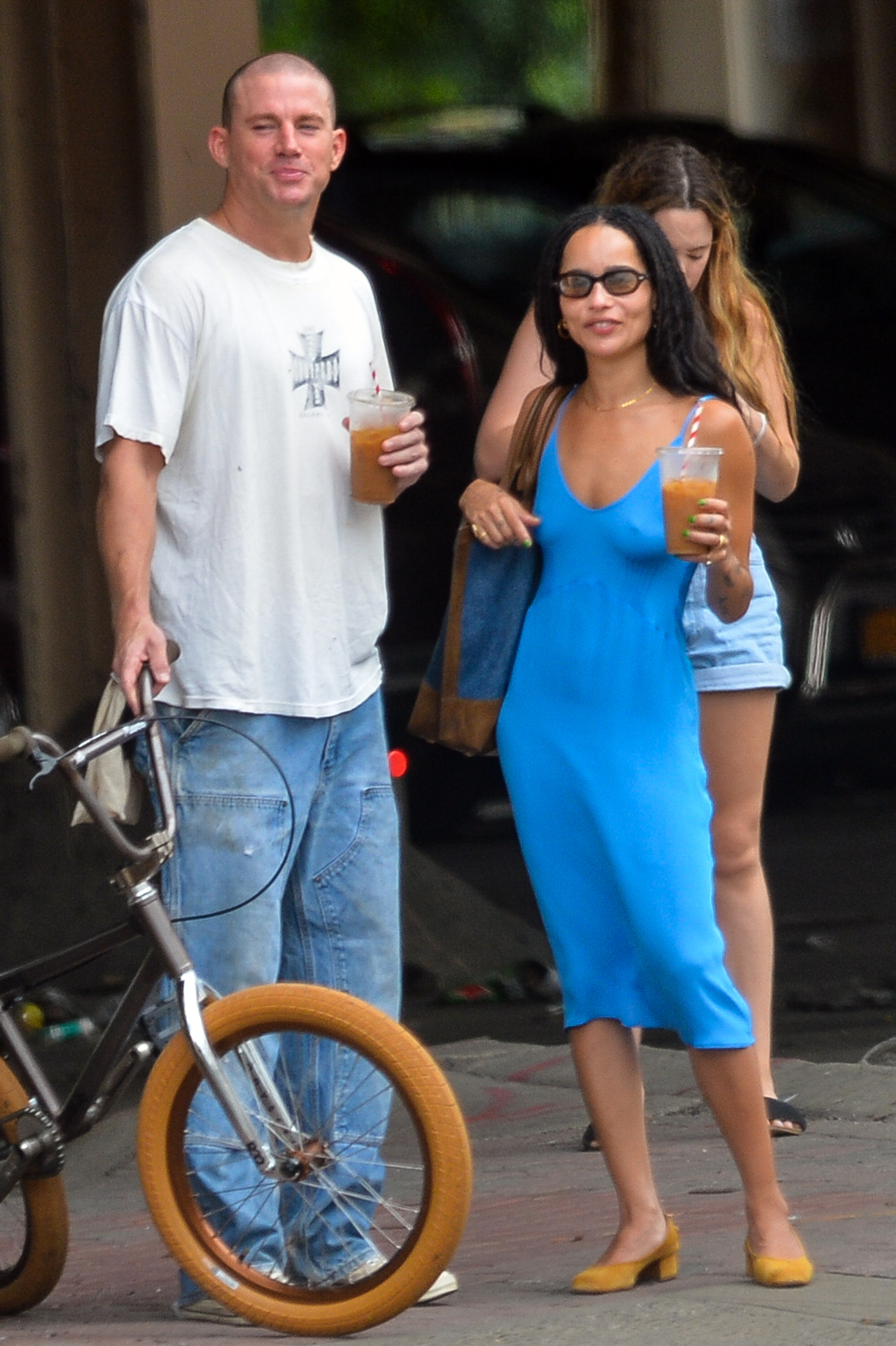 Thursday’s ride seems to be a different bike from the all-black number the two actors rode together Wednesday when they appeared to be informally auditioning for a “Kids” reboot as they tooled around the East Village. 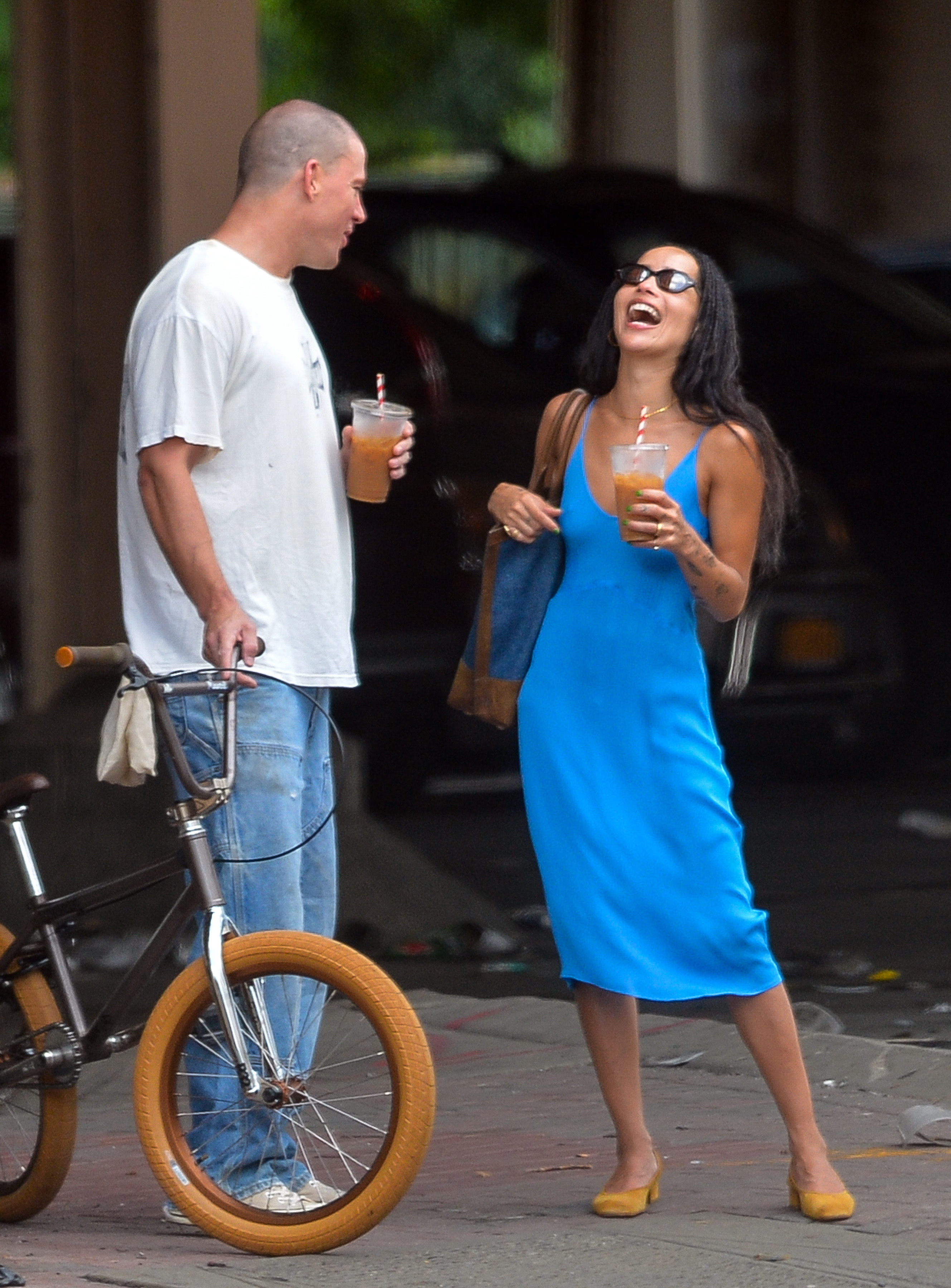 Kravitz, 32, wore a bold, blue midi-dress for Thursday’s coffee date while Tatum, 41, kept it casual in a white tee, blue jeans and a pair of well-worn Chuck Taylors. 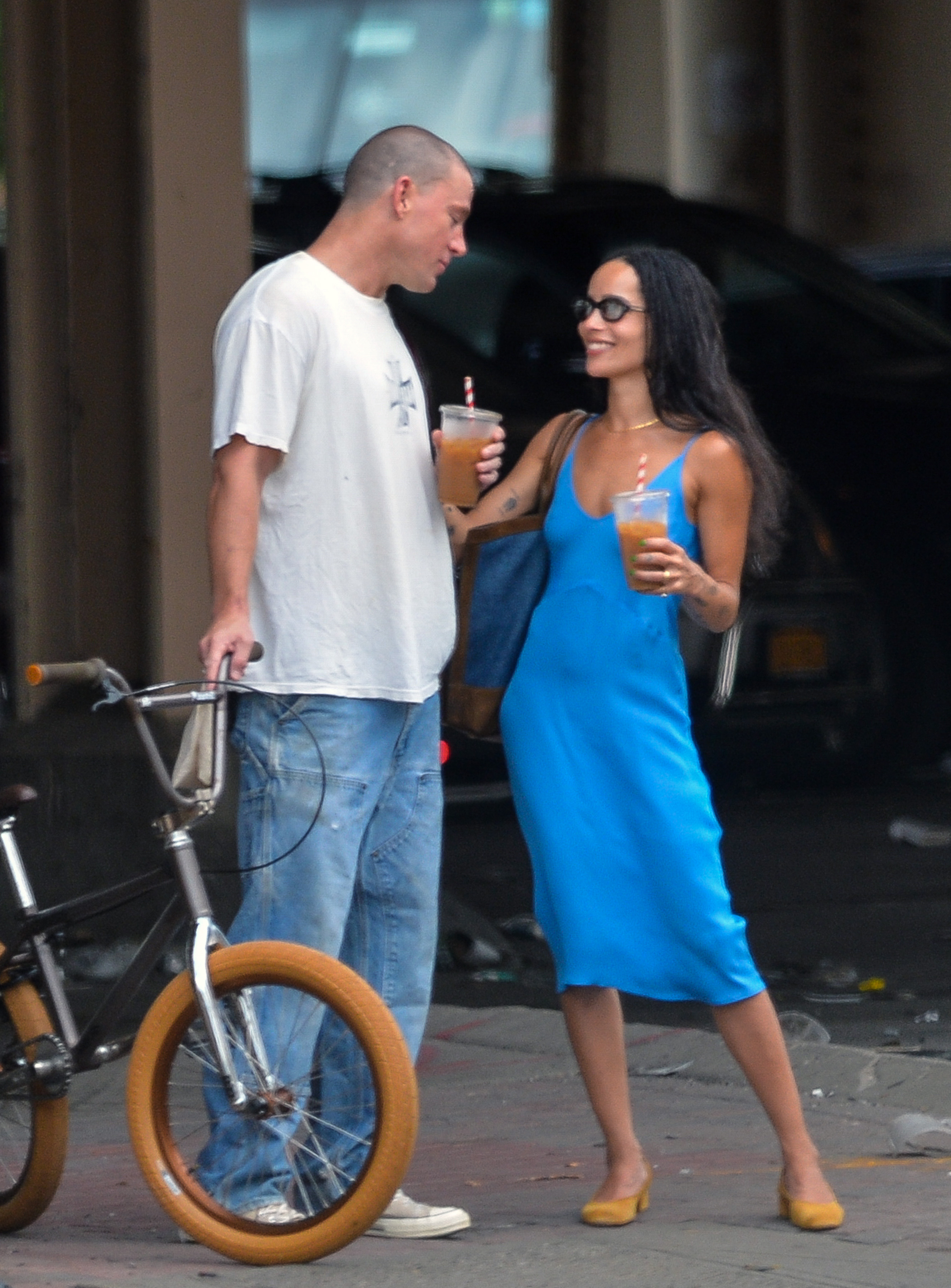 Whispers of a relationship between the two began in January 2021, mere days after the “Big Little Lies” actress filed for divorce from her husband, Karl Glusman, after less than two years of marriage. 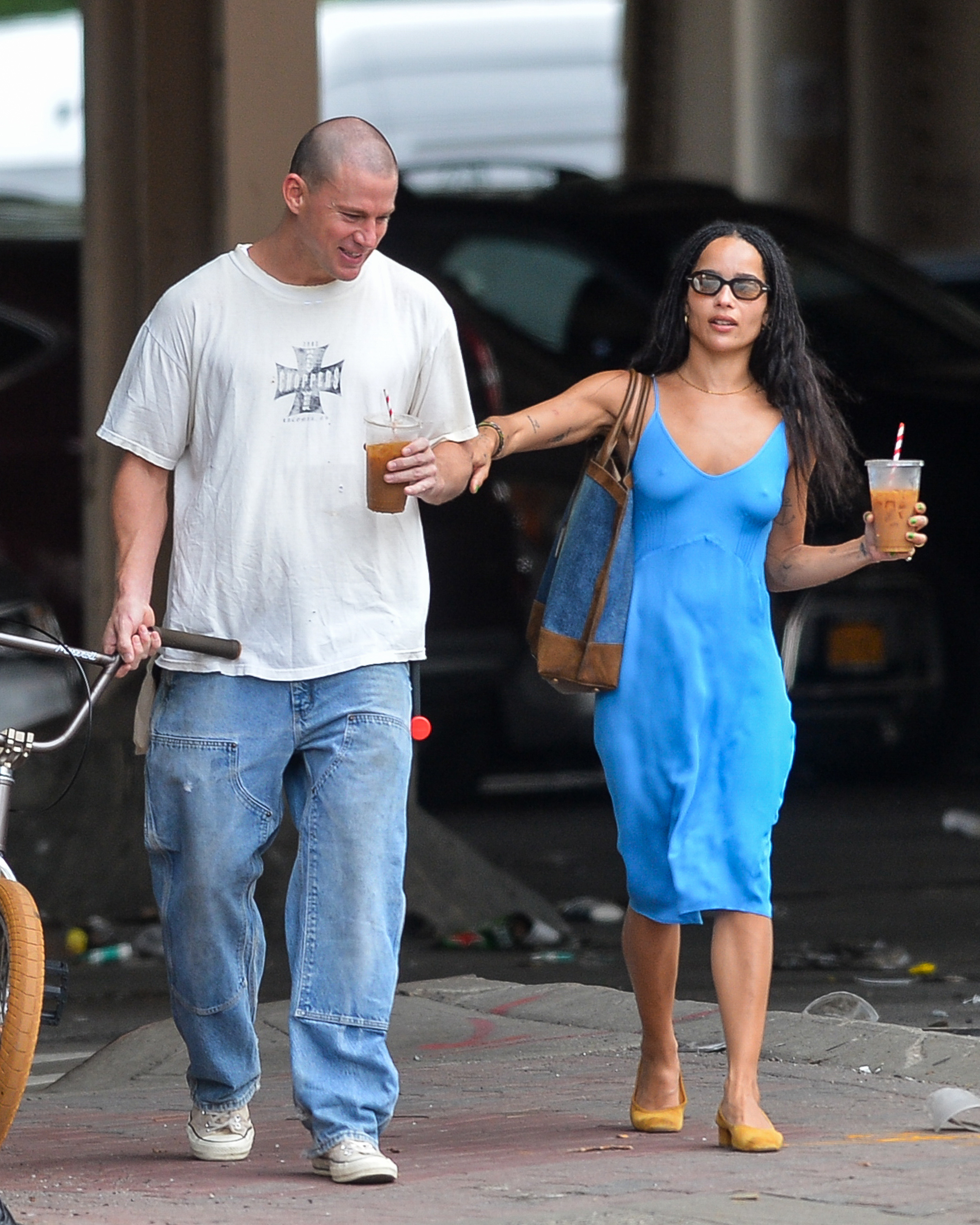 Tatum has presumably been single since his split from on-again, off-again girlfriend, singer Jessie J, who confirmed their breakup in October 2020.

Sources at E! have attempted to dispel the dating rumors, but the New York photos do seem to suggest Kravitz and Tatum could be more than friends — or co-workers, as they reportedly met on the set of the upcoming thriller, “Pussy Island.” 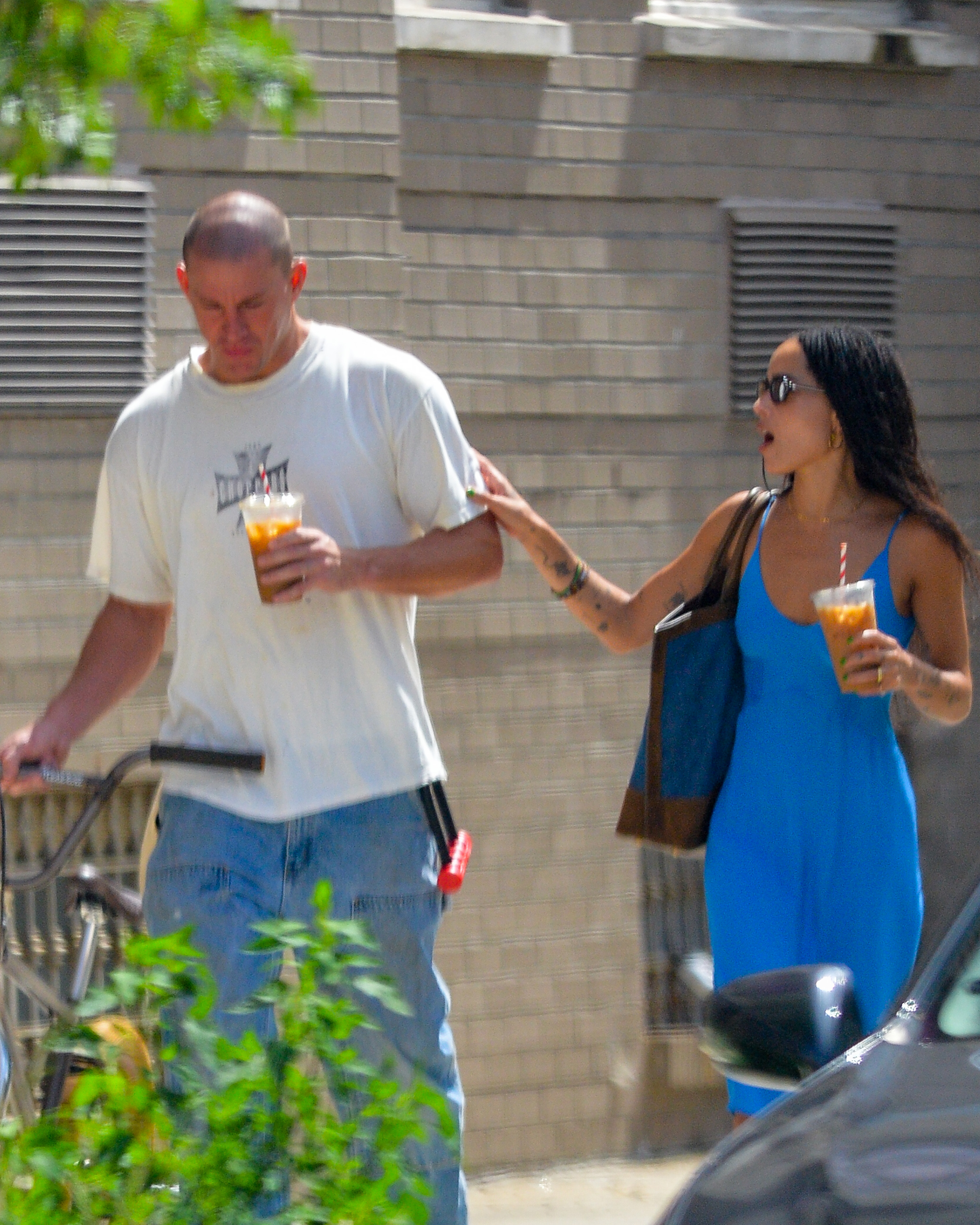 Tatum is set to star in the film while Kravitz is making her directorial debut with the project.

In June, the “Dear John” star shared that Kravitz checked him over his questionable fashion choices when it comes to footwear. 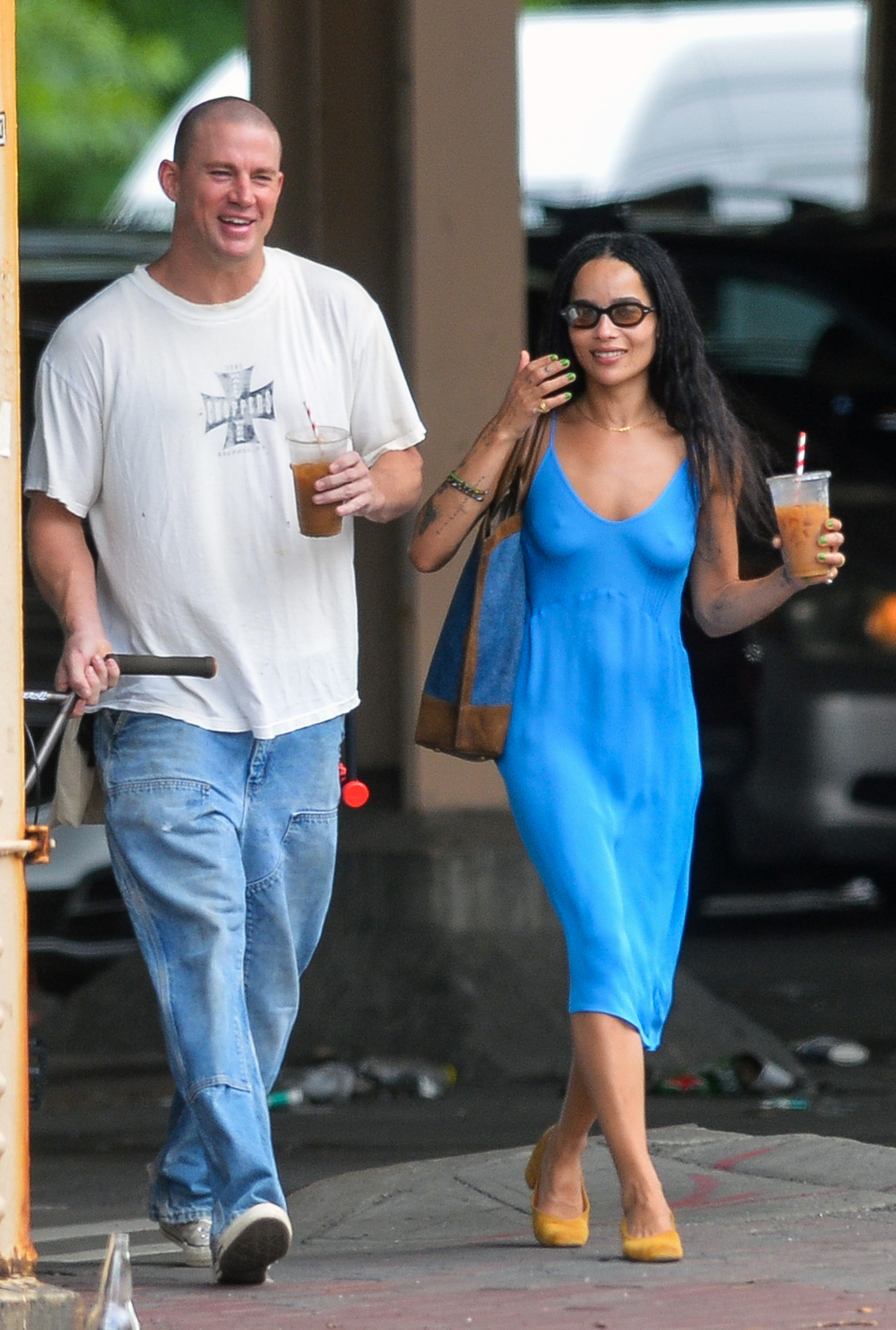 “When someone can just come out and tell me I should not be wearing Crocs, and is so adamant about it, she completely convinced me and I never wear Crocs anymore,” Tatum told Deadline at the time.

Kravitz retorted, “I was just trying to be a good friend, Chan.”

Reps for Tatum and Kravitz did not immediately return our request for comment.