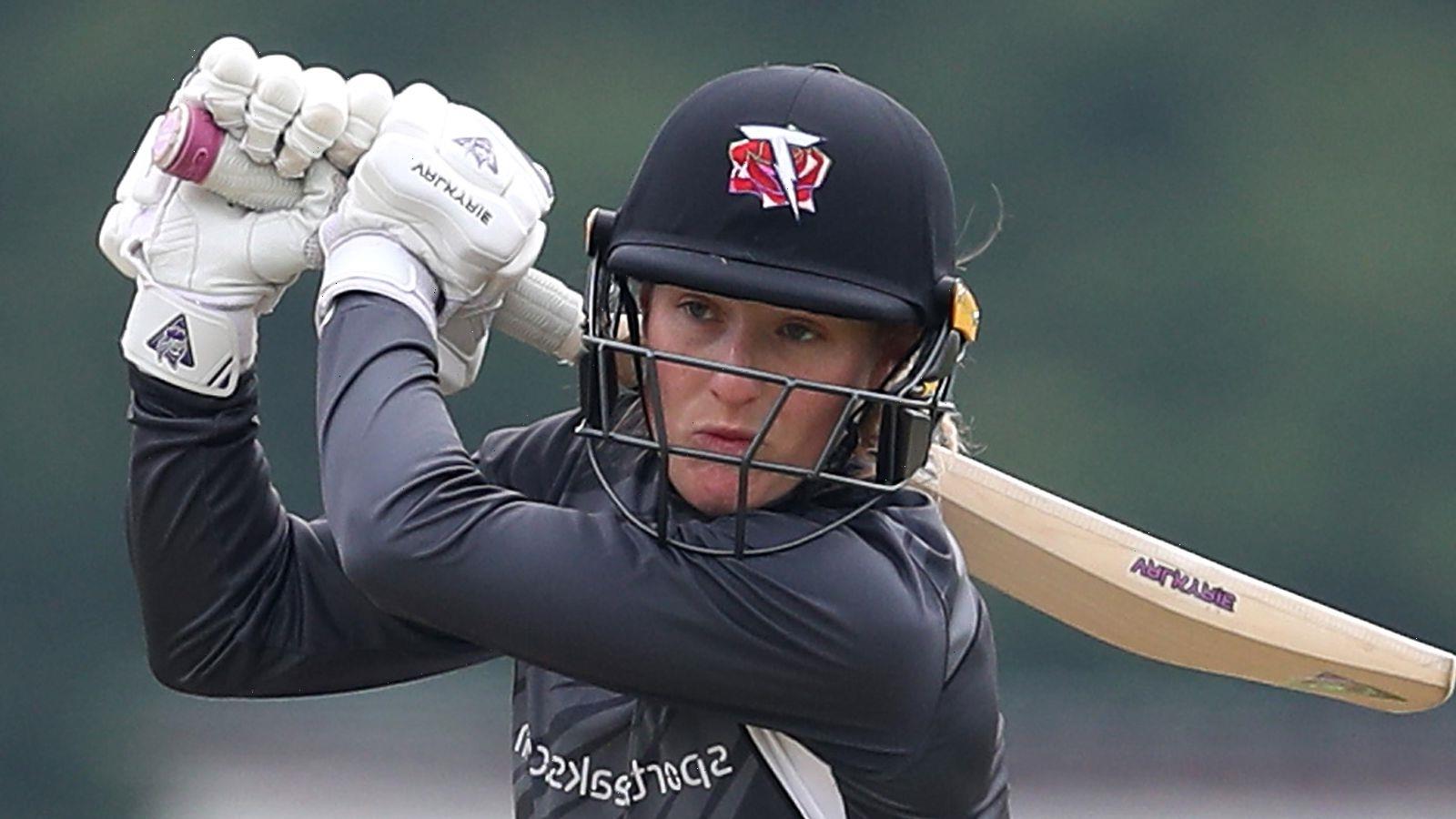 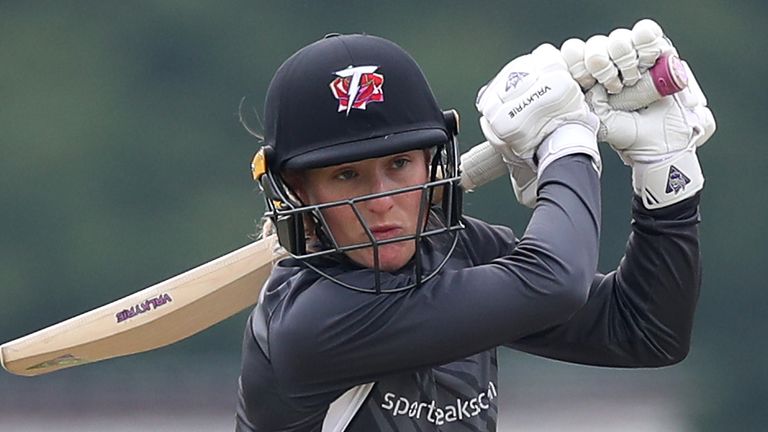 Emma Lamb scored a superb 54-ball hundred – the first in the Charlotte Edwards Cup – and then took three wickets as Thunder beat Sunrisers by 71 runs at Emirates Old Trafford.

​​​​The 23-year-old opener, who was dropped on 90, plundered 11 fours and three sixes in her unbeaten 111 from 61 deliveries on Friday afternoon.

Lamb – who had come into the game having hit the competition’s only half-century – propelled Thunder to 186-1 before taking 3-16, including two wickets in as many balls, and a catch as Sunrisers were dismissed for 115 in 20 overs.

She has the currency of runs 👏🏽👏🏽 a name that we may start to hear a little bit more discussing @englandcricket future players.

Preston-born batter Lamb has been in fine form this summer, with 121 from 105 balls for Thunder against Western Storm in the 50-over Rachael Heyhoe Flint Trophy in May, plus two centuries in T20 warm-up matches.

The right-hander scored a 43-ball 58 for Thunder in their Charlotte Edwards Cup opener against Diamonds at Emerald Headingley in late June.

Lamb then topped that against Sunrisers on Friday to take her tally of runs in the tournament to 190 in three innings at an average of 95 and a strike rate of 154.47.

A standing ovation for Emma Lamb who has struck a fantastic century @EmiratesOT this afternoon. She finishes with 111 not out, Ellie Threlkeld is 26 not out & Thunder 186-1 off their 20 overs.

Lamb was on 17 from 20 balls after nine overs against Sunrisers but then struck 94 runs from her final 41 balls, starting the charge by hitting two fours and six off Emily Woodhouse in the 11th over.

She followed that with a six off Kelly Castle in the 12th en route to a 32-ball fifty and then back-to-back fours off Naomi Dattani in the 13th.

Lamb then hit either a four and six in all but one of the final seven overs as she dominated an unbroken second-wicket stand of 117 with Ellie Threlkeld (26no off 24) in Manchester having earlier put on 69 for the first wicket with Georgie Boyce (34 off 35).

Lamb then trapped Sunrisers skipper Castle lbw in the 14th over of the chase before striking twice in as many balls in the 19th as she had Gayatri Gole caught at extra-cover and then caught and bowled Katherine Speed.

THUNDER WIN! A second victory in the Charlotte Edwards Cup for Thunder by 71 runs against Sunrisers who finish on 115 all out from their 20 overs. The highlight was a fabulous century by Emma Lamb – 111 off 61 balls pic.twitter.com/e16sQ7ICtg

She also caught Mia Rogers off the bowling of Piepa Cleary (2-20) in the 18th over amid Sunrisers losing four wickets for five runs and their final five wickets for just 11.

Thunder’s second victory in three Group B games moves them top of the pool, albeit having played one game more than second-placed Storm, who trail Thunder by four points.

Sunrisers – for whom Cordelia Griffith top-scored with 34 from 33 balls against Thunder – have lost two of their three matches and sit at the foot of the standings.