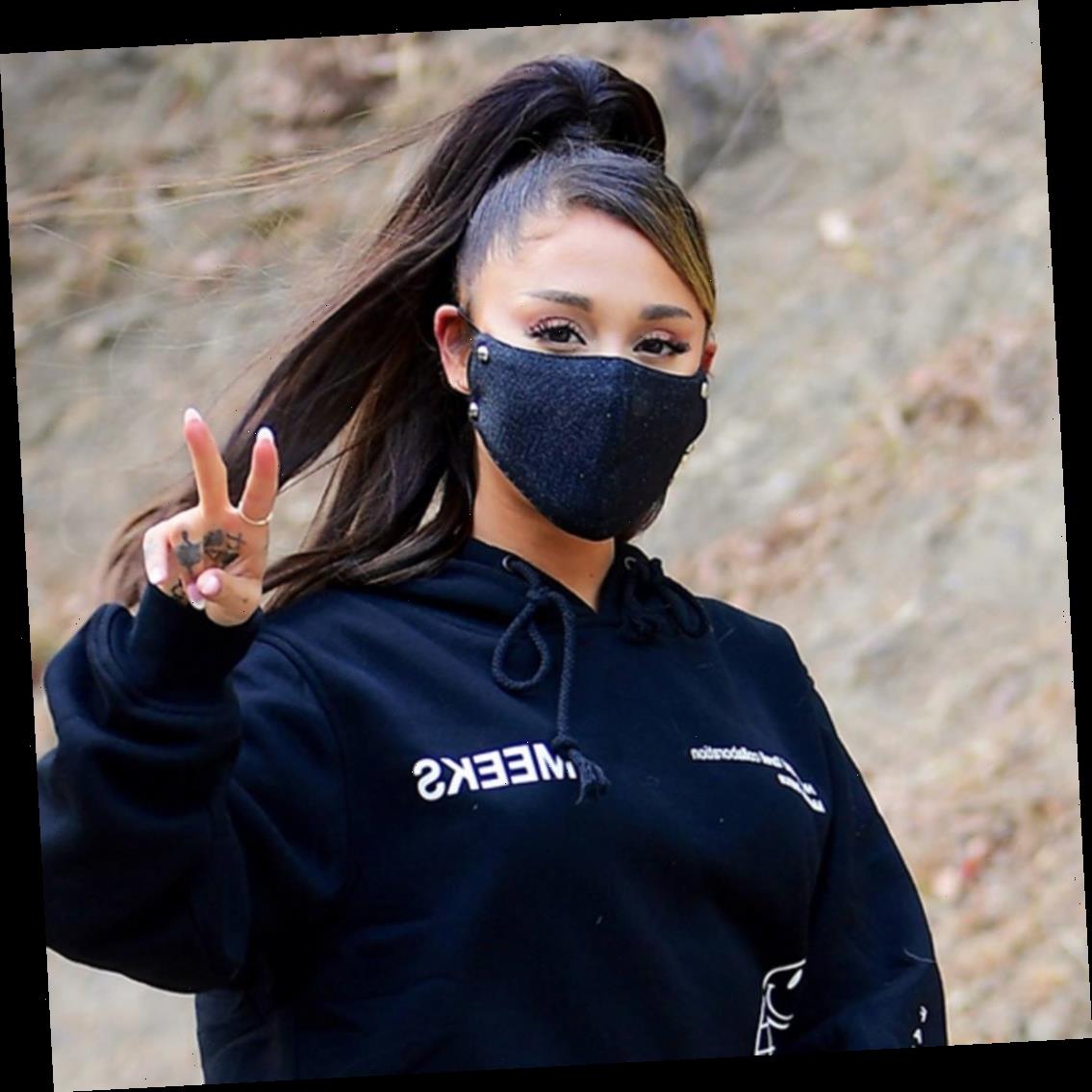 Vanessa Hudgens, Ciara and Ariana Grande all debuted new hairstyles, while The Bachelorette finally pulled off its big switcharoo.

It's just hair, why not have some fun with it?

It was a week of major hair changes in Hollywood, with several stars showing off their bold new looks on Instagram. Not only did Vanessa Hudgens chop off several inches of hair from her signature brown locks, but Ciara decided to shake things up by going blue ahead of the holiday season. Plus, Ariana Grande decided to give one of the fall's most popular beauty trends a try, casually debuting new bangs.

In addition to those transformations, a Real Housewives of Orange County star opened up about her health journey, detailing her 30-pound weight loss and struggles adjusting to living her life in front of cameras.

Plus, Justin Bieber decided to take a on a new music genre and, after months of anticipation and speculation, The Bachelorette finally delivered the moment fans have been waiting to see. So long, Clare Crawley, and hello, Tayshia Adams!

Check out the most surprising celeb transformations of the week…

Is Baby V adding yet another character to her Princess Switch line-up?!

"Soooo she's short now," the High School Musical star captioned a selfie of her chic bob, adding that she turned to stylist Mandy Lyons to perform her latest chop after filming wrapped on her new movie.

"@mflyons did hair on Tick Tick Boom and we worked together on Second Act as well. When I wrapped on that she gave me a chop," she explained. "And now that I wrapped on this, she gave me chop. Kind of a tradition now. Lol anyways. I love it."

In a Instagram post that she admitted she "never wanted" to share because she was "ashamed" of how she looked, the Real Housewives of Orange County star opened up about her weight loss journey.

"I worked my butt off to get here and Im so proud of how far Ive come and continue to go! I lost myself and my confidence through gaining 30 lbs. in one year in front of millions of people on a Reality TV Show," she captioned the before-and-after photo. "Here I am a year and a half later feeling sexy, confident in my own skin, and like the EMILY I am meant to be!"

And now Simpson, 44, is teaming up with her trainer Paulina Stein to launch her own lifestyle website, which will include workout videos and more details about her own transformation.

The "Level Up" singer switched up her hue this week, debuting her new color on Instagram.

"Blu," she captioned the selfie, going on to credit celeb hair stylist César DeLeön Ramîrez for the look.

You know what's cooler than bangs? Curtain bangs, which Grande subtly debuted in an Instagram post this week. "☁️�� 34+35 ����," she wrote in the caption.

One of the biggest beauty trends of the fall, curtain bangs are longer, shaggier pieces that frame the outside of your eyes. In recent months, celebs like Jennifer Lopez and Selena Gomez have also tested out the loo.

After four episodes of non-stop insanity and Dale Moss being the only suitor viewers really got to know (Like, who is Ed?!), The Bachelorette finally gave fans Clare-ity in its Nov. 5 outing, which featured Clare Crawley blowing up the show by getting engaged less than two weeks into the process. But as they rode off into the sunset, leaving a group of irritates wannabe-influencers in their wake, a limo arrived to the resort carrying a new lead: Tayshia Adams.

After months of rumors and reports, the Bachelor in Paradise fan-fave made her official debut as the Bachelorette in Monday's episode and what a breath of fresh she was. While Clare's brief-yet-blazing run was exhilarating to watch, it was exhausting and Tayshia's first night felt like a comfortable return to form.

The Canadian has gone country!

In a world premiere television performance, Bieber teamed up with Dan + Shay to sing their hit song "10,000 Hours" at the 2020 CMA Awards.

One of the biggest songs of the year, the collaboration was nominated for both Single of the Year, Musical Event of the Year and Music Video of the Year.

The members of Dan + Shay were more than happy to welcome the "Holy" singer to the genre.

"I feel like so many people outside of the country world just want to be a part of it, and when they get an experience, they're like, 'This is so amazing.' It's so welcoming," Dan Smyers told RADIO.com. "It's just such a family."

Fact-Checking The Crown: How Does It Compare to Reality?

Camilla Luddington on That Grey's Surprise and Jo's Future