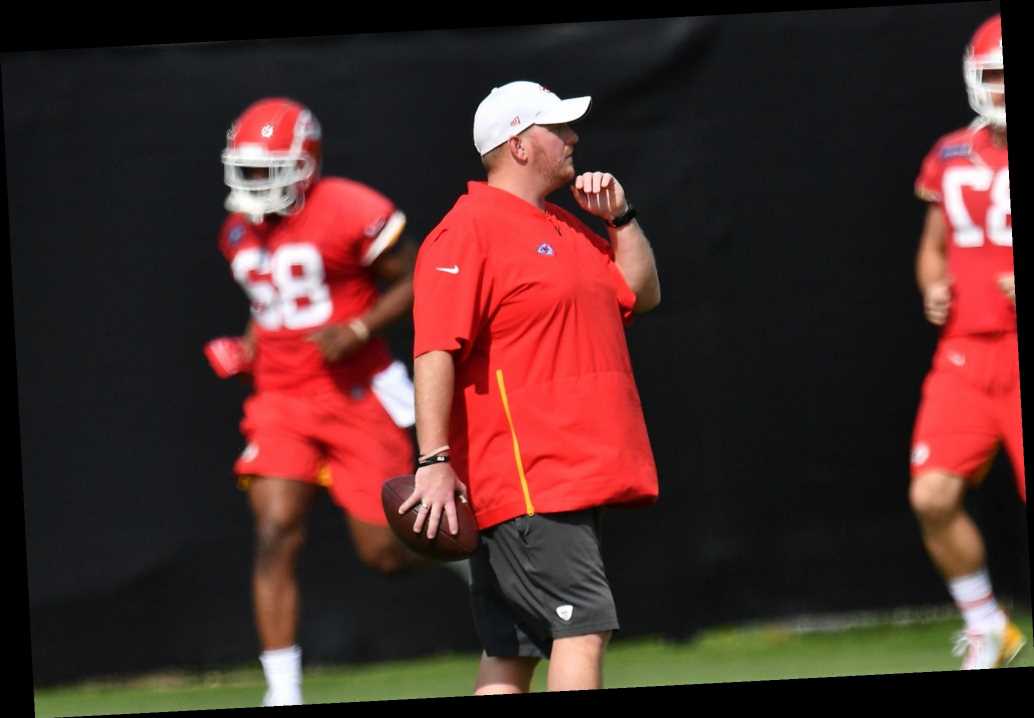 Chiefs veteran: ‘Fortunate’ I got to stay in Kansas City

The best Super Bowl 2021 fan gear for Buccaneers vs. Chiefs

Britt Reid, 35, is under investigation for driving impaired. He has been with the team since 2013.

The crash reportedly happened one exit away from the Chiefs’ practice facility on southbound Interstate 435 near Eastwood Trafficway.

Per police, a Chevrolet Impala that had run out of gas was getting help from a Chevrolet Traverse on the ramp from Stadium Drive to I-435. Both cars were struck by a white Dodge Ram Laramie Sport pickup truck, injuring the 5-year-old and a 4-year-old, who suffered non-life-threatening injuries.

Britt Reid admitted to police he was driving the Ram, according to the police report. That report also noted that his eyes were bloodshot and he gave off “a moderate odor of alcoholic beverages.” He reportedly told an officer he had between 2-3 drinks and was on a prescription for Adderall, according to KSHB.

The younger Reid battled addiction to painkillers and served prison time for a 2007 incident in which he pointed a handgun at another driver following a dispute. Police found weapons and drugs in his vehicle during that January 2007 arrest. While on bail in 2008, Reid pleaded guilty to DUI and drug charges from a separate incident.

His father was coach of the Philadelphia Eagles at the time.

The Chiefs, who are set to face the Tampa Bay Buccaneers on Sunday in Super Bowl 2021, acknowledged the incident in a statement on Friday.

“The organization has been made aware of a multi-vehicle accident involving Outside Linebackers Coach, Britt Reid. We are in the process of gathering information, and we will have no further comment at this time. Our thoughts and prayers are with everyone involved.”